In her research, Chenoweth draws on the examples of the ‘People Power’ campaign in the Philippines, the ‘Singing Revolution’ in Estonia, and the ‘Rose Revolution’ in Georgia, to exemplify the superiority of a movement of numbers. 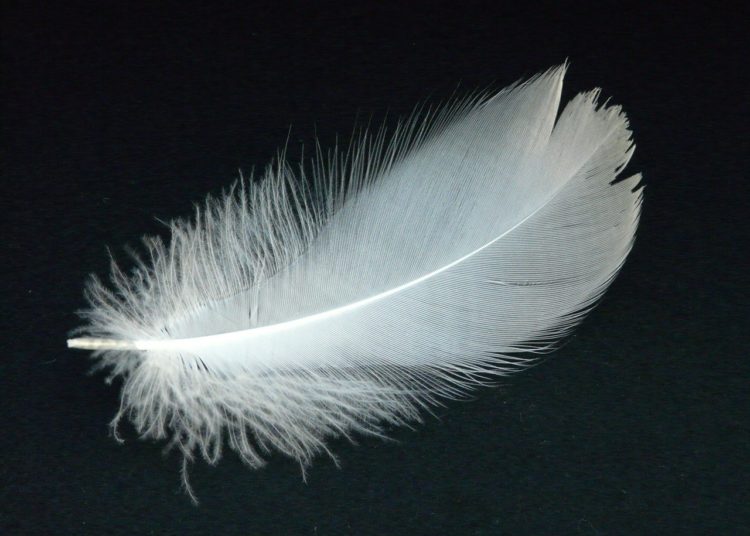 Image by Hans Braxmeier from Pixabay

“We request that our elected representatives speak out about foreign interference in our democracy and take a stand against the government’s ongoing attacks on our democratic safeguards. Through peaceful means, we intend to hold all of them to account for their cowardice.”

This is the message from Three Point Five Percent, a movement devoted to the democratic mobilisation of the people, inspired by the research of Erica Chenoweth, professor in human rights and international affairs at Harvard Kennedy School.

Last week, 34 of our elected MPs were sent a white feather in the post as a symbol of their apparent cowardice and betrayal to the British nation. This came as a response to the MPs’ acceptance of ‘donations’ from Russian nationals – alleged to have influenced the 2016 Brexit referendum outcome – which, according to Lord Nolan’s 1995 Codes of Conduct, violates an MP’s responsibility of integrity, objectivity and honesty. Among the 34 names are Jeremy Hunt, Robert Buckland and Nigel Adams, MP for Selby and Ainsty.

Three Point Five Percent holds, based on Chenoweth’s findings, that it only takes an engaged 3.5 percent of a nation to incite revolution and instigate meaningful change. According to their manifesto, “historical research on non-violent resistance and civil disobedience reveals an interesting fact: the movements, the revolutions that led to real change in societies have one thing in common, and that is that they succeeded once 3.5% of the civilian population mobilized”.

In her research, Chenoweth draws on the examples of the ‘People Power’ campaign in the Philippines, the ‘Singing Revolution’ in Estonia, and the ‘Rose Revolution’ in Georgia, to exemplify the superiority of a movement of numbers. Despite starting the study very sceptical about the long-term impacts of peaceful protest, Chenoweth concluded that no government can withstand a challenge of 3.5 percent of its population without either accommodating the movement or collapsing in on itself.

One article from the BBC hailed that, “There are, of course, many ethical reasons to use nonviolent strategies. But compelling research by Erica Chenoweth, a political scientist at Harvard University, confirms that civil disobedience is not only the moral choice; it is also the most powerful way of shaping world politics – by a long way.”

Fuelled with optimism from these results, Three Point Five Percent intend to rouse a “paradigm shift” and look to “sabotage a hierarchical system and activate the change from below”. They are, to the core, an anti-capitalist movement, seeking to inspire a non-violent revolution that would overthrow the “pyramid with a little man at the top” through posters and word of mouth. This 3.5 may sound like a small percentage of a population, but in the UK that’s still 2,378,258 individuals – more than the two million that took part in the Iraq war protests, renowned for their magnitude.

Considering their rejection of the current socio-economic hierarchy, it is little wonder that Three Point Five Percent have taken a stance against Russian interference in UK democracy. But the white feather campaign is not new and its connotations are far from the non-violent ideals that the movement embodies.

During WWI, a number of militant suffragettes, most notably Emmeline Pankhurst, took it upon themselves to deliver white feathers as a mark of cowardice to men who had yet to enlist in the war. The intent was always public shame, and the result often devastatingly successful in its course. Many men joined the war effort as a result, and many died.

With a sinister history of militant bullying, the resurrection of the white feather campaign is no light message. If growth in profile is what Three Point Five Percent are aspiring towards, then this kind of stunt is well suited to their purpose, regardless of the reactions from the 34 targeted MPs.

When such a disappointing lack of action has been taken in light of accusations of Russian interference, it’s no surprise that there is mounting agitation and restlessness. The Russian report was completed well before its publication – well before the last general election, too – and when it was finally released on 21 July, it all but declared that the necessary investigations had not and would not be taken.

“There have been widespread public allegations that Russia sought to influence the 2016 referendum on the UK’s membership of the EU. The impact of any such attempts would be difficult – if not impossible – to assess, and we have not sought to do so.”

In the face of the very real threat to our democracy, and with its hostile history now being 100 years behind us, Three Point Five Percent can be forgiven for its expedient resurrection of the white feather campaign. What can’t be forgiven is the government’s continuing unwillingness to investigate worrying assaults on our already disintegrating democracy, and the unrelenting news of outside interference on British democracy, ever begging the question – just how much more do we not know?