While the country's focused on the coronavirus crisis, Johnson and his government are busy trying to rip up all the Brexit promises they made. 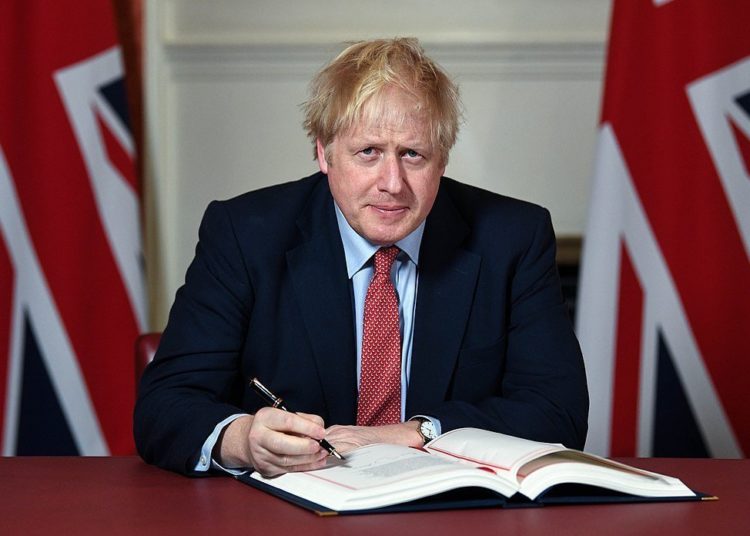 While the country is focused on the coronavirus crisis and its consequences, Johnson and his government are busy trying to rip up all the promises they made to get their Brexit deal through, hoping that they can get away with far-reaching choices that will have huge consequences for the country.

While Brexit formally happened on 31 January, it was a ‘Blindfold Brexit’ – leaving the EU without settling on what will replace the myriad arrangements, laws and programmes that we were hitherto part of. Sorting that out was left for the post-Brexit transition period. During this period – which we are now in – the status quo applies, with Britain still subject to EU rights and obligations. But if there is no agreement by the end of the transition, currently set at the end of the year, then we will have the notorious no-deal Brexit.

No-deal means the sudden ending, without replacement, of all existing arrangements.

To avoid this havoc, we need an agreement. But the talks are not going well. Indeed, they are in crisis.

In taking this position, the government is reneging on its previous commitments. The political declaration that accompanied the withdrawal agreement, which was approved by both parliaments, set out what both sides agreed to negotiate for their future relationship. Without that, the withdrawal agreement would not have been ratified. It committed both sides to “robust commitments to ensure a level playing field” and to “uphold the common high standards … in the areas of state aid, competition, social and employment standards, environment, climate change, and relevant tax matters”.

But now, the government is virtually tearing up those commitments. It is also failing to implement the provisions of the already ratified legally binding protocol on Northern Ireland as regards customs checks.

All this is now urgent because the transition period ends in seven months’ time. Few people think it’s possible to agree (and get approval of all the parliaments involved) on such a comprehensive deal by then – even without the delays caused by the Covid-19 crisis.

As a safety mechanism, the withdrawal agreement provides for the possibility of extending the transition period, by either one or two years, through a single joint decision taken no later than 30 June (six months before the cliff edge, so everyone can prepare). To everyone’s astonishment, Johnson has ruled out making such an extension under any circumstances, even after several negotiating sessions were cancelled due to Covid-19. And this despite the fact that a no-deal situation in December would amplify the economic damage already being inflicted by the corona lockdown.

This is leading many to conclude that Johnson actually doesn’t want a deal. Phil Hogan, the Irish EU trade commissioner, said, “There is no real sign that Britain is approaching trade talks with the European Union with a plan to succeed and it appears set to blame any post-Brexit fallout on the economic shock from COVID-19”.

The neo-liberal right of the Tory party was always opposed to any deal with the EU that keeps Britain aligned with European standards. The very reason they wanted Brexit in the first place was because the EU’s single market has rules to protect consumers, workers and the environment – protections that they want to escape from to have a Trump-style corporate free-for-all deregulated economy. They also want Britain to align economically and strategically with the USA rather than with our European neighbours.

The one thing that previously held them back was the fear that they would be blamed for the economic fallout of a disorderly no-deal Brexit. Now, they reckon their big chance to get away with it is by doing it now, suddenly and brutally, with the costs, the job losses and the fall in living standards hidden among the effects of the coronavirus lockdown.

It’s time to blow the whistle!

Richard Corbett is former MEP for Yorkshire and Humber and former Labour leader in the European Parliament.