How is the culture war used by the right to demonise groups and push certain agendas? America and the UK have become more 'anti-woke'. 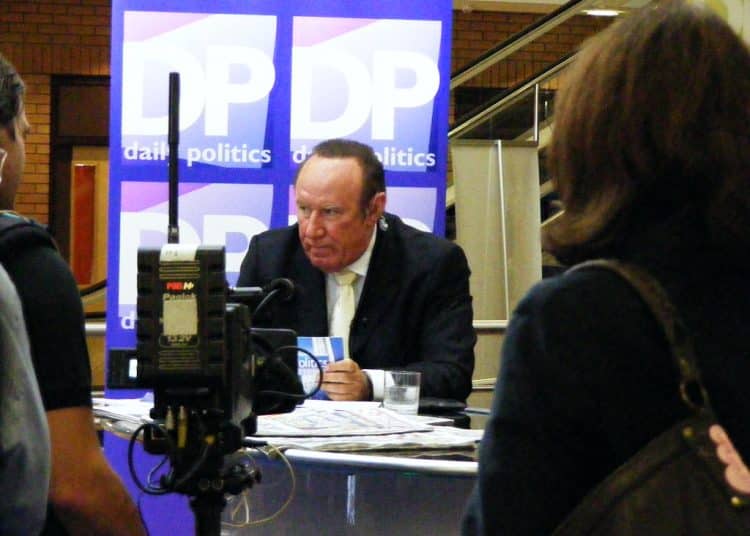 "The Daily Politics - Andrew Neil live from Conference" by David Spender is licensed under CC BY 2.0

Part one of a two-part series by Dr Russell Jackson – senior lecturer in communication & public relations at Sheffield Hallam University.

The ‘culture war’ is a key part of a very effective overall strategy adopted by the populist nationalist Right in Britain, America and beyond. Nurtured, sharpened and accelerated by Steve Bannon, his ideas have become widely disseminated with the help of US libertarian billionaires, to the extent that every single day, we face often utterly absurd news stories about ‘intolerant woke Leftists’ posing a great threat to our ‘freedom, indigenous culture and way of life’.

The rhetoric and narrative deployed throughout print and broadcast media is simply a gentler version of far-right and outright fascist discourse that has been circulating in Britain since at least the 1930s. The boundaries of what can be said have shifted, with discourse emerging about ‘undesirable others’, enemies of the people from within and without out, posing a threat to ‘our’ national culture, traditions, and identity, and thus ‘our’ way of life.

In the past, ‘undesirable’ was generally reserved for ‘foreigners’, certain ethnic and religious minorities, and non-heterosexual minorities, but the rhetoric has now extended to all manner of groups and organisations.

In addition to decades of grotesque demonisation of migrants, asylum seekers and refugees (misleadingly mischaracterised and grouped together as ‘illegal migrants’ or just ‘illegals’), specific organisations like the National Trust, the England Football team and the RNLI are now under attack, as well as universities, charities, and anyone who holds ‘progressive’ views about ‘social justice’: poverty, racism and inequality of opportunity.

Thirty years ago, a professor who worked alongside Stuart Hall at the Birmingham Centre for Contemporary Cultural Studies, told me that if we wanted to know what was likely to happen in the UK in the near future, we should look at what was happening in the USA in the present.

So many social issues have migrated from the US to the UK – from moral panics about satanic ritual abuse, to crack cocaine use and gang culture, to grotesquely partisan propaganda channels masquerading as ‘News’ channels.

The speed of that migration has increased over the years: the recent intensification of the ‘culture war’ is another classic example. For anyone caring to look at the vitriol and division it’s causing in the USA right now, we should all be extremely concerned – especially given that we have a government and national print and broadcast media intent on pouring fuel on the simmering culture war fire at every available opportunity.

How did we get here?

In the 1980s, the once-niche philosophical and linguistic idea that words may have more consequences than we previously thought, began to permeate mainstream academia. This was the broad idea that the habitual use of particular words not only described the world, but framed it in particular ways. This results in thinking about and understanding the world in particular ways, which in turn gives rise to behaviours.

By the early 1990s, the backlash from the Right was to call this process ‘political correctness’, and it was widely and relentlessly derided and demonised in the press and by right-wing politicians and pundits.

The dawn of a new century and further progress

In the early 20th century, we made further progress towards an equal society: opposition to gay marriage all but collapsed, ethnic minority people became more visible in senior roles, in sports, on TV and radio, and other measures were taken to reduce discrimination.

The tragic Stephen Lawrence case in 1993 made it crystal clear that institutional and structural racism were real and had tragic, sometimes barbaric effects. The Race Relations Act of 1976 incorporated the earlier Race Relations Acts of 1965 and 1968, and was later amended by the Race Relations Amendment Act 2000, which imposed a statutory duty on public bodies to promote racial equality and to demonstrate that procedures to prevent race discrimination were effective.

Society finally seemed to recognise and overwhelmingly accept that the Metropolitan Police was institutionally racist, although the Macpherson report’s objective at the end of the Stephen Lawrence Inquiry to “eliminate racist prejudice and disadvantage and demonstrate fairness in all aspects of policing” has still not been met.
9/11 was another tragedy, in which the actions of a handful of extremists resulted in Islamophobia and attacks against Muslims across the western world, distorted newspaper stories, reactionary political rhetoric, the return of the far right, and the mainstreaming of racist ideology. High profile commentators who had occupied senior positions in supposedly anti-racist organisations such as the EHRC were able to proclaim the idea that Muslims are “not like us”. 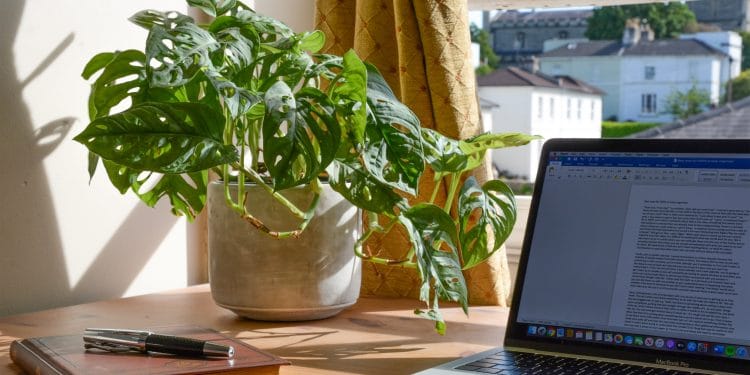 In addition to dramatic cultural shifts, Britain and America’s preference for deregulated free-market capitalism, over a more ‘mixed economy’ popular across much of Europe, led directly to the catastrophic financial crash of 2008. Sadly, lessons were not learned, and very little changed.

Since 2009, the wealth of Britain’s 1,000 richest individuals has increased by almost half a trillion pounds, while ideological austerity resulting from the greed and irresponsibility of those working in the catastrophically deregulated financial sector, meant essential public services were slashed.

Homelessness and poverty have increased dramatically, children go hungry, life expectancy is falling for the first time since WWII, our public services struggle to cope, our National Health Service, to which we all owe so much, is in almost perpetual crisis, and low-paid insecure jobs have replaced well-paid permanent jobs.

The generic phrase given to the process of campaigning for policies and measures to tackle racism, homophobia, misogyny, and other forms of irrational prejudice, as well as reducing grotesque inequality, fighting man-made climate change, and improving the conditions and lives of society’s most vulnerable, is ‘social justice’.

The contemporary backlash from the Right against campaigns for progressive policy and action, involves using the phrase ‘social justice warrior’ as a pejorative, and demonising anyone or anything subscribing to any of these goals as ‘woke’.

The point I want to emphasise here is that in Britain – for the past 300 years – it has been the Left who have always pushed for the improvement of social conditions, who have taken seriously and challenged inequality and prejudice.

It has always been the Left who have stood up to successive waves of grotesque prejudice: against Oswald Mosely and his Blackshirts; against Nick Griffin and the BNP and the National Front; against Tommy Robinson and the English Defence League; against Paul, Golding, Jayda Fransen and Britain First; against the worst excesses of Nigel Farage and UKIP; against the grotesque tabloid press which for two decades has been demonising and scapegoating migrants and Muslims; and now against our intolerant hard-right government, filled with free-market fundamentalists, sociopathic liars and charlatans, which has overseen 138,000 deaths in the last 18 months alone.

Using the linguistic and philosophical insights I outlined earlier, the Right’s strategy is to attack the strengths of the Left and their desire to create a fairer society, by framing and reducing these heartfelt desires to mere ‘wokeness’. Through constant misrepresentation, exaggeration and repetition, the Right muster up an image of an ‘intolerant authoritarian Left’ who ‘hate indigenous people and traditions’.

This is arguably the key strength of Steve Bannon’s strategy, now relentlessly disseminated across the entire Right establishment, including across all their media outlets, think tanks, institutions and foundations, and perhaps especially, among their political establishment: ignore the structural and systemic problems of inequality, poverty, poor physical and mental health, economic insecurity and environmental degradation caused primarily by deregulatory free-market capitalism, and focus instead on the ‘intolerant authoritarian Left’s’ threat to ‘our entire way of life’ – our culture.

So whenever you hear the words ‘woke’, ‘social justice warrior’ or ‘virtue-signaller’, or you hear absurd allegations of racism against life-long anti-racists, see them for what they really are: the Right, somewhat ironically mobilising those linguistic insights I described earlier.

Dr Russell Jackson is a parent, activist, sociologist and senior lecturer in communication & public relations at Sheffield Hallam University, in the department of media arts and communication. He teaches and researches moral panics, the history of communication, and the power of public relations in neoliberal society. Originally a bricklayer from Darley Dale, he moved to Sheffield in 1986.