As an MP Sunak was little more than a loyal spokesperson, and as chancellor he has in constant opposition to spending to protect jobs and families. 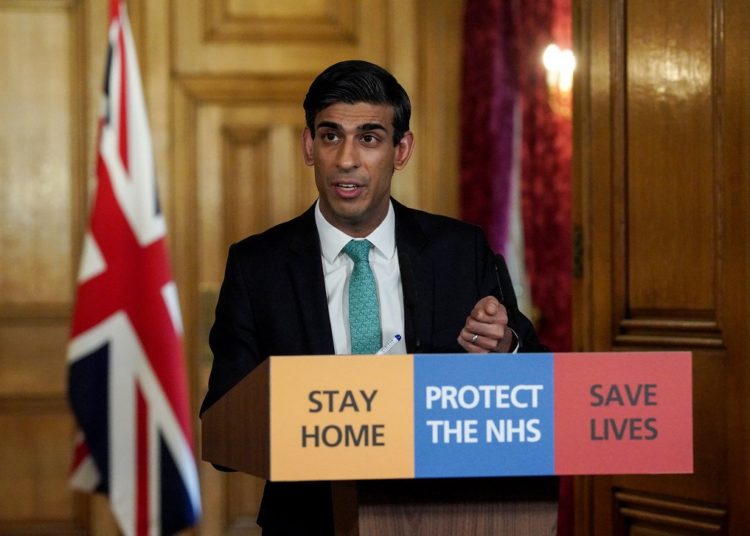 An attack ad was recently aired against Chancellor Rishi Sunak, criticising him for his wealthy lifestyle, hedge fund background, and public relations team. It was warmly welcomed across the Twitter left.

This may not be the most popular opinion, but I think that it was a bad attack, mostly because it was short-sighted. Attacking a Tory for being well-off is like criticising Marmite for being salty. It may be true, and it may be why half of the country will never like it. But the other half has been buying salty Marmite for decades, and telling them what they already know about it won’t stop it being one of Britain’s most popular condiments.

Indeed, anonymous Labour sources are reported to have said of the advert – “we think it’s crap”

The other reason that the ad is ineffective, is that it actually goes easy on the chancellor. Sunak is an embodiment of machismo capitalism, and is embroiled in the networks of British high society. As an MP he was little more than a loyal spokesperson for successive leaders, and as chancellor he has been a constant voice in opposition to spending to protect jobs and families.

The most effective part of the ad was a minor mention of Sunak’s part in causing the financial crash. The reference is to Sunak’s junior partnership at The Children’s Investment Fund (TCI), a hedge fund whose ‘investor activism’ led to the sale of ABN AMRO (a business bank) to a consortium led by the Royal Bank of Scotland (RBS) in 2007. Prominent figures such as Gordon Brown have blamed the AMRO takeover for leading to the £37bn taxpayer bailout of RBS the following year.

Sunak’s role in the acquisition is unclear, but he ended up being among a small group of managers who shared a £100m pay-out following the AMRO debacle. Whilst at TCI, he threatened to “go to war” with American rail company CSX and to topple their board during a takeover battle. One of Sunak’s main partners at the firm seems to have been co-founder (and convicted tax-dodger) Patrick Degorce, whom he followed out of the firm in 2009 to help start Thélème Partners. Thélème invested $60m in Murdoch-owned News Corp and $46m in a private hospital chain, Community Health Systems.

Questions have also been raised about Sunak’s father in law, NR Narayana Murthy, who has close ties to Amazon CEO Jeff Bezos. Catamaran Ventures, a company run by Sunak’s wife Akshata Murthy, is working in tandem with Amazon to help bring small businesses in India online, a project that has attracted an anti-trust complaint from 2,000 sellers across the country.

Amazon has seemingly benefitted from several boons since Sunak’s ascent. Not only will they escape the upcoming digital services tax, but the company is alleged to be involved with advising the government on post-Brexit procurement, having won £225m in government contracts in the five years since Sunak became an MP.

Sunak has kept his other contacts close too. His former Goldman Sachs boss, Richard Sharp, was appointed as his strategic adviser in May, and fellow alumnus of the centre-right think tank Policy Exchange, Lord Agnew, sits on his Treasury team. Meanwhile, Allegra Stratton the wife of his best man, Spectator editor James Forsyth, is now in place as Downing Street’s press secretary.

Sunak the libertarian: just another Tory?

Sunak’s entrance to politics was via the aforementioned Policy Exchange, run by Dean Godson, ally of David Cameron. In 2013, Sunak was leading the think tank’s ‘BME Unit’ (black and minority ethnic), and the following year was selected as the Conservatives’ candidate to replace William Hague in Richmond, with little evidence of ever having set foot in Yorkshire.

Whilst Cameron’s famous ‘A-List’ of minority candidates to parachute into safe seats had disappeared by 2015, Sunak was named on the ‘unofficial A-List’, with an anonymous source noting that he was “clearly favoured by the inside”.

Aware of his lack of local experience, Sunak had a great deal of contact with the Yorkshire Post in his early years as an MP. Scanning the paper’s archives reveals articles defending grouse shooting, proposing tax-exempt free ports in Yorkshire, and supporting a departure from the customs union. Most notable is a defence of universal credit, in which he says:

“Given the sums involved, I make no apology for speaking up for those who ask me ‘Is this money well spent?’

“Universal Credit ensures a responsible and sustainable system by putting in place a sensible regime of conditionality. That gives hard-working taxpayers the confidence that when they contribute to the system, not only will that help somebody to get back on their feet, but that the person will also have a responsibility to do their bit. That is fair”.

Sunak’s early career was thus characterised by loyalty to the government of the day, voting for Theresa May’s deal, and representing her successor in televised general election debates. This latter appearance led to a swell of support within his party’s base, and he topped a poll of ‘Ones to Watch’ on ConservativeHome at the start of this year.

Sunak the chancellor: the disaster artist

Upon resigning as chancellor, Sajid Javid declared that “any self-respecting minister” would reject the prime minister’s demands of consolidating the Treasury and No.10 policy teams. Luckily, Sunak was in the wings. It’s easy to forget now that the new chancellor was assumed to be powerless, with little political base in the party and fewer powers than ever before.

Nonetheless, the chancellor’s meteoric rise continued, winning acclaim for the generosity of the furlough scheme, and representing a calm voice amid Johnson’s cabinet of populists. Sunak became symbolic of the reopening of the country, as he delivered the ‘Eat Out to Help Out’ scheme and appeared in publicity stunts serving punters at Wagamamas. In September, he had the highest approval rating of any chancellor since 1978, and at his peak had an approval rating of +43 percent approval, compared to his predecessor’s zenith of -5 percent.

It has become increasingly clear, however, that the chancellor’s response to the pandemic has been disastrous. His income support scheme left three million taxpayers excluded from help, and support packages for heavily impacted sectors like the arts took until July to be delivered. Even then they have proven ineffective, going primarily to venues rather than artists themselves, leaving to a third of musicians considering quitting the industry.

Moreover, his flagship ‘Eat Out to Help Out’ programme delivered a paltry £552m to the hospitality industry – about 0.3 percent of the sector’s contribution to gross domestic product (GDP) in 2017 – whilst laying the groundwork for a second wave.

As the infections have continued to rise, he has shown his true colours as a fiscal hawk. What economic support has come has been “too little too late”, as Sunak’s opposing number Annelise Dodds declared, whilst leaders like Andy Burnham have blamed him for obstructing talks between local leaders and government to increase restrictions, costing untold lives.

Insider scoops have also portrayed the chancellor as the ringleader of a faction within cabinet opposing the circuit-breaker lockdown, a policy which has garnered support from the government’s scientific advisory group for emergencies (SAGE) and the all-party parliamentary group (APPG) on coronavirus.

Meanwhile, the chancellor’s vision for a post-pandemic economy is not one of radical action, but Thatcherite austerity. He has already pronounced the economic fallacy of the “sacred responsibility” to balance the books, and has not ruled out continuing with the planned £1,000 cut to universal credit in April.

Rishi Sunak has now been barred from his local pub, and his reputation as anything other than a traditional Conservative is being slowly debunked. However, he is still the bookies’ favourite to be the next prime minister, and any attack ads against him have to go beyond identifying him as a Tory, or as well-off. Only going to the chancellor’s corruption, incompetence, and lack of concern for the national interest, will be enough to ensure that he is unelectable.

No-deal Brexit may be best for Boris, but not for Britain