The elections bill has now passed to the House of Lords, but much can still be done to improve it. 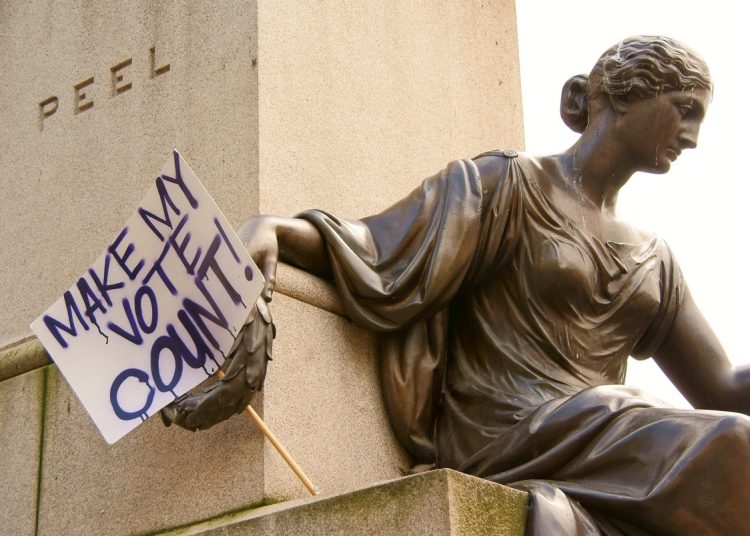 Make my Vote Count, by Sony200boy on Flikr

On Monday night, the elections bill passed its third reading and was sent to the House of Lords. The bill will strip the Electoral Commission of its independence, placing it under the governance of the Conservative-controlled speakers’ committee. It will extend first past the post, in an attempt to reverse opposition advances in elections for mayors and police and crime commissioners. And it will introduce mandatory voter ID, which risks disenfranchising millions who do not currently have valid identification.

The debate showed the lay of the land for trying to improve the bill. Also interesting were the sweeping amendments that were being added to the policing bill in the House of Lords at the same time. This stood in stark contrast to the Commons, where Conservative MPs voted down amendments tabled by the Labour frontbench, which would have introduced votes at 16, and removed the stringent voter ID proposals.

Thus, the House of Lords, with a potential majority to reform, may well be able to moderate the bill. But what is the state of play as the bill leaves the Commons?

A polarised debate on voter ID

It was clear from the debate that, just as there was no light between the opposition parties in their objections to the bill, Conservative MPs were dead-set on some of its worst elements. The SNP’s Brendan O’Hara and Alex Norris, who represented the Labour frontbench, both took the government to task over voter ID, and were joined by backbenchers such as Ian Lavery, Cat Smith, and Marsha De Cordova. As Norris pointed out:

“In 2019, 59 million votes were cast and there was a single conviction for voter personation. Someone is more likely to have been struck by lightning three times than to have voted after a phony voter.”

Meanwhile, Conservative MPs could not put forward one good argument for voter ID. Luke Evans pointed to the requirements of Labour Live to show photo ID (alcohol was being served), and Justin Tomlinson pointed out a requirement to show it at selection meetings (a very rare event that, as Norris explained, only happens when a local party is put into special measures).

There had previously been some hope from those seeking to reform the bill that, after voting against covid passes, some more libertarian MPs might also object to having to show documentation to vote. Yet, it seems that partisan interest has overcome ideological qualms on this issue, and Labour’s amendment to remove voter ID provisions was voted down on party lines.

However, one surprising area received consensus across both Conservative and opposition benches: that there might just be a need for more serious consideration of the voting system. This was sparked by an amendment from the Liberal Democrats, calling for proportional representation. Alistair Carmichael, the party’s home affairs and constitutional affairs spokesperson, spoke boldly on the matter, referring to the loss of trust in politics, and the need to end the safe seats enabled by first past the post:

“The standing of this House in the eyes of our fellow citizens has never been lower. It is now urgent that we address that. We will not address it just through changes to standards, privileges and committees in this place; we have to change the way in which we are sent here by the electors.”

“For something as seismic as [proportional representation], there ought to be greater detail about what is being proposed. I am also a strong believer … in the desirability of a citizens’ convention on our democracy that would look at voting systems but also look a lot more widely. This is a good moment and a good mechanism to reboot our democracy.” 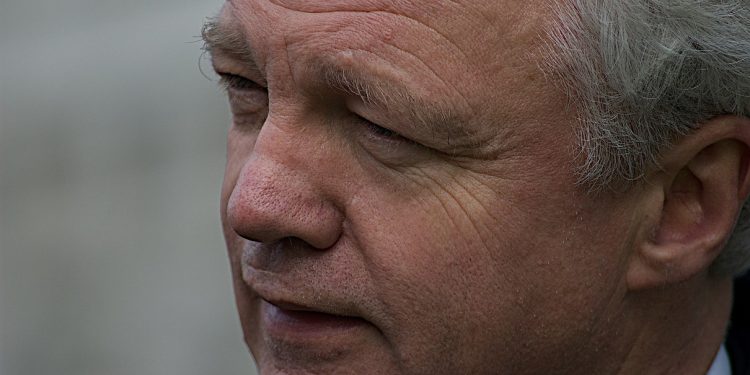 Does proportional representation have cross-party support?

“As a member of the Electoral Reform Society, I have to say that I have a small amount of sympathy with new clause 3 [tabled by SNP, which proposed a citizens’ assembly on electoral reform], but I do not think its proposals belong in this bill.”

Then, from Dan Poulter:

“As the right hon. Gentleman [Alistair Carmichael] knows, I am sympathetic to electoral reform … I would like to support his new clause this evening, but it breaks the constituency link, or at least an element of local representation, as part of a more proportional system. Can he reassure me that if I were to vote for his new clause this evening, some level of local representation would be maintained?”

This support across the benches for a citizens’ assembly on voting systems provides a ray of hope, not only that electoral reform can be achieved, but that it can be achieved in a cross-party way with the consensus that advocates of proportional representation desire.

A lack of scrutiny on the elections bill

However, the most striking element that came from the debate was the lack of scrutiny given to the bill. A more potentially lengthy debate at third reading on Monday was cut short by statements by Nadine Dorries on BBC privatisation, and Ben Wallace on Russian movements in Ukraine. Not only did the lack of time prevent a more lengthy debate, but it also prevented MPs voting on many of the proposed amendments, including Carmichael’s proposal on proportional representation.

This lack of scrutiny has been consistent. Proposals to extend first past the post were inserted at committee stage with a rare constitutional mechanism, preventing MPs from calling witnesses on the topic. Then the minister in charge of the bill was changed, and third reading was delayed without warning.

But, the House of Lords still provides a real opportunity to provide the scrutiny the bill so desperately needs. The elections bill will drastically alter how we vote, and how elections are administered. The fact that it has been passed with only Conservative votes, with minimal scrutiny, is an indication of how partisan the proposals in it are.

While parliamentarians gather, it is crucial that those who are in favour of good elections have their voices heard. Organisations from the democracy sector will be demonstrating on Parliament Square to oppose the elections bill and call for a better, more open democracy, on 5 February. They will be joined by senior figures from Labour, the Liberal Democrats, and Green party. Mass protests against the policing bill were met on Monday night with serious legislative changes in the House of Lords.

If even a fraction of this popular interest can be raised on the elections bill, then some of the worst elements of this legislation may be overturned.