For Sir Keir Starmer the task has now become to spot the five truths hidden in the torrent of misinformation contained in the prime minister’s answers. 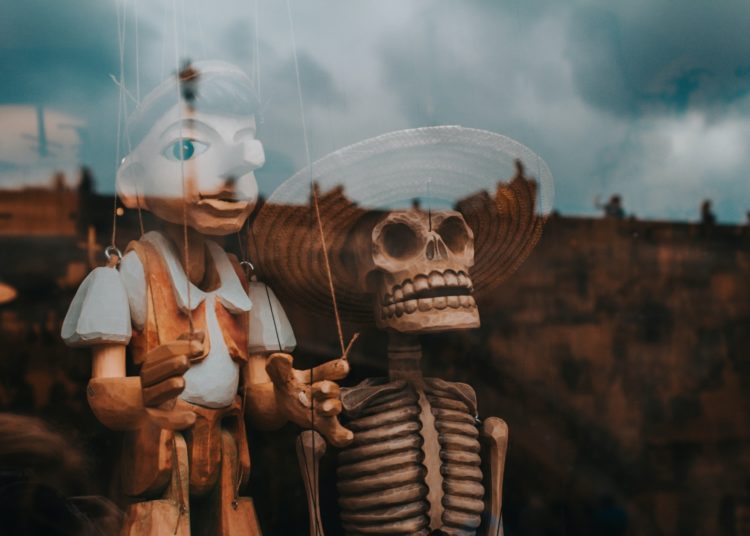 Photo by Anita Jankovic on Unsplash

Radio 4 has a most amusing comedy programme: ‘The Unbelievable Truth’. In this, four panellists take it in turns each to spin an amusing yarn that is all lies – except for five truths hidden in the tissue of falsehood. Boris Johnson is clearly a fan of programme and has managed to turn prime minister’s questions (PMQs) into an episode every Wednesday late morning. For Sir Keir Starmer the task has now become to spot the five truths hidden in the torrent of misinformation contained in the prime minister’s answers.

It is widely acknowledged that Boris Johnson is a routine liar. The Daily Mirror website on 11 December 2019 had an article headlined, “60 Lies of Boris Johnson: The Tory Leader’s curious relationship with the truth”. The article then quoted these lies chapter and verse.

In mid-May this year the prime minister told parliament that his government had moved swiftly to protect the country’s vulnerable care homes. He claimed, “We brought in the lockdown in care homes ahead of the general lockdown”. Reuters chose to fact-check this assertion and, as part of their research, contacted three large care-home providers for corroboration. None was given and no evidence was found that any such early lockdown was ordered. Johnson had made it up.

The European (Withdrawal Agreement) Act 2020, signed by Johnson, contains a requirement that there be a customs border between Great Britain and Northern Ireland. This is set down clearly in black and white. Yet Johnson, Gove and other cabinet members are frequently found in Conservative gatherings denying that any such requirement exists. Little wonder that Michel Barnier is bemused and frustrated, and holds the UK side in contempt due to its dishonesty and bad-faith.

Ian Dunt in Politics Today commented: “No administration has lied so consistently, cynically and strategically as the one we are currently living under”.

Not only is Johnson a liar, but he has a nasty vindictive streak. Against parliamentary convention, the prime minister sought to rig the membership and chair of the Commons intelligence select committee that was responsible for the report into Russia’s interference in our democratic processes. When he was scuppered, by a coup that resulted in Julian Lewis (Conservative) being elected as chair, the prime minister’s response was to have the whip withdrawn from Lewis.

Things weren’t always this way. In 1982, when Argentinian forces invaded and captured the Falklands Lord Carrington, Margaret Thatcher’s foreign secretary, chose to resign. A subsequent inquiry found no blame attached to Carrington or the Foreign Office, but for Carrington this had happened on his watch and he felt honour-bound to hand in his seals.

The historian Peter Hennessy propounded ‘the good chaps’ theory of British government. We have an unwritten constitution, the good working of which is wholly dependent on having ‘good chaps’ at the wheel. Lord Carrington clearly fell into that category – as did Clement Attlee and John Major. In Boris Johnson we have the polar opposite.

When Major, as prime minster, was faced with the scandal of ‘cash for questions’ he set up the Nolan Commission. This commission produced a report that suggested seven principles for public service: selflessness, integrity, objectivity, accountability, openness, honesty and leadership. Johnson, Cummings, Gove and the rest of the government fail the test on each of these principles.

“The Nolan era is over. Ministers can perform badly but not be sacked. They can mislead Parliament but escape punishment. Cabinet and other ministers can breach collective responsibility with impunity”.

We sadly have a mountain of evidence from the Johnson government that supports this. The handling of Britain’s exit from the EU, and the associated trade negotiations, have so far been a dog’s breakfast, exceeded only by the incompetent handling of the Covid-19 crisis where the UK’s death rate is by a distance the worst in Europe. It should be abundantly clear to everyone by now, that prefixing every statement with “world beating”, does nothing to alter the facts. This government is only world beating at performing badly.

How does all this square with the seven Nolan Principles of public life?

“We not only have a right to oppose, but a duty. The right to dissent, oppose, rebel, is a democratic right, and when a regime is harming the people it has taken control of, that right becomes a duty. And there is much we can do … The British people are notoriously supine and passive even in the face of outrages such as the current regime are perpetrating: it is well past time for us to stop being so.”

He suggests that as a first step, people should set up informal local assemblies as “a forum for democratic expression, to raise and discuss both local and national concerns, and to discuss and plan for a more formally instituted Assembly for that region”. This is something we have discussed elsewhere in Yorkshire Bylines.

Covid-19 makes this more difficult at present, but not impossible. When even the House of Lords is conducting its business via video conferencing software, establishing local citizens’ assemblies should be achievable. We need to harness and focus the mounting public anger at what is happening in our country. In the meantime, we can continue to write to the press and to our MPs, we can campaign on social media, and we can join the Bylines network as citizen journalists.

In the longer term, we need to reform our electoral system so that it is no longer possible to achieve a landslide victory and majority government on just 43 per cent of the vote. Grayling points out that, other than Labour, all the opposition parties have already agreed “to just such a shared policy platform for reform of the electoral system”. So we all have work to do, but our friends in the Labour Party have their own special task to address.

Addendum: Let it be said – good chaps and chapesses still exist in our politics. Decent people of integrity. For starters, how about David Lammy, Margaret Becket, Caroline Lucas, Ed Davey,   Dominic Grieve and Rory Stewart?  Feel free to add in your own.