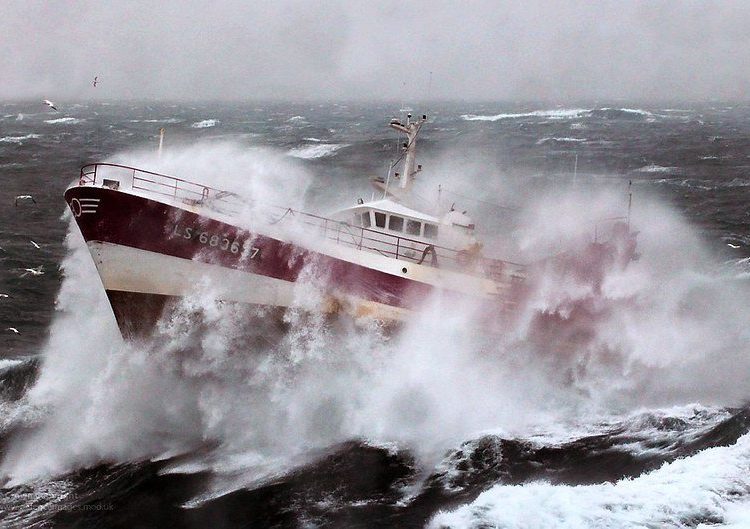 "French Fishing Vessel 'Alf' in the Irish Sea" by Defence Images is licensed under CC BY-SA 2.0

It’s twinned with Schrödinger’s Forms, which are the forms businesses in Northern Ireland need to fill in if they want to send/receive goods from Great Britain, but which the leader of the UK government categorically assured them they wouldn’t have to fill in, because there wouldn’t be a border. Except that there is. Or isn’t. Depending on who looks in the box. And when.

Following protests from Unionist politicians who can’t quite get their heads round the philosophical niceties of a border which is simultaneously existent and non-existent, and who are furious about Schroedinger’s Border (and quite possibly Schrödinger’s Forms), the UK government is now in the tricky position of having to ask the EU if it would be kind enough to re-open some kind of talks on a border they claim doesn’t exist, to amend a deal they proclaimed (just five short weeks ago) would end EU involvement in Britain’s affairs. At which point we should add Schrödinger’s Triumph – where victory looks a very great deal like humiliating defeat – to the list of this government’s achievements.

At the time of writing, it’s understood that even Schrödinger’s Gove (which is known to be able to adopt five different and entirely contradictory positions at the same time, both within and outside of any box which may be to hand) is finding its legendary ability to reconcile myth and reality stretched almost to breaking.

Chalk that one up as another milestone in the ongoing Schrödinger’s Success which is Brexit.