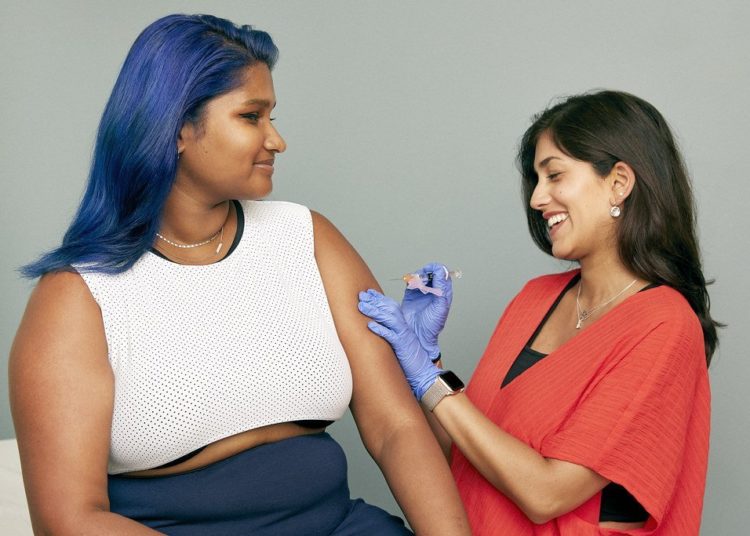 There is, rightly, a great deal of concern about the damage being done by vaccine misinformation. The false – sometimes malicious – claims being spread not just in the darker corners of the internet, but right across it, as well as targeted at particular communities and groups.

Those debating the issue, as we were last week in the House of Lords, often tend to see it as one for defence – for rebutting the claims, getting internet content providers to take the messages and claims down – to use one of the prime minister’s favourite metaphors, an exercise in whack-a-mole.

But we know and can see that this doesn’t work well. The speed at which messages can spread through social media means the authorities, whoever they are, are always behind the perpetrators.

Such an approach is always going to leave the scientists and health professionals on the back foot. And as any communications professional will tell you, in rebuttal you are trapped in a difficult cycle of raising the issue up the agenda, the search engine results and the hashtags.

Instead, I would argue that we need to take the same approach as we do with the vaccine itself – where we acknowledge that vaccination is better than treatment, prevention being better than cure. Ensuring good public communication, information and education about the SARS-CoV-2 and many other issues is the best possible way to take on misinformation, rather than after the fact – after the infection of misinformation – trying to treat it.

For problems on the internet more generally, we need much broader education on media literacy and critical thinking throughout our education system. There are many, many reasons to argue for that, not least for the health of our democracy. That will not, however, help us in the immediate future as we seek to ensure maximum possible engagement with the Covid-19 vaccination campaign to keep us all as safe as possible.

But it is possible to look afresh at the nature and quality of the communications directly about Covid-19 and the vaccination against it. If most people are reached by and trust the information from official sources, contradictory messages will be immediately ignored, dismissed or rebutted. If Auntie Sue says on the family Zoom call, “you don’t believe that nonsense do you?”, then proceeds to explain the facts, that will have an impact. We need calm, factual, often quite detailed information that will educate the public about what’s going on.

It is telling that we have seen a great deal of hunger among the public for briefings involving senior scientific officers and advisers. Some of them now have their own fan clubs and T-shirts. There is a real desire for that kind of quality of information, with clear scientific facts and detail.

That needs to come from all levels of the government, including the politicians – not just the technical people. Let’s trust the public with more information, data and facts, and with more of the difficulties and uncertainties, than we do now.

Why have we not seen clear explanations of minimising risk, such as that in this brilliant El Pais article, or the New York Times Swiss cheese defence, from official central government sources? (Though I have to say, I’ve seen some good ones in Sheffield originating from local public health sources along these lines.)

Looking at the messaging in countries such as New Zealand and Germany, it is clear that the level of detail and facts, and the quality of the information, given to their publics, is much better than ours.

Nearly every time there is a major government announcement or bit of advice here, we see technical people, senior professors and consultants on social media metaphorically screaming in frustration about the quality of the presentation, data and messaging.

I am talking not just about the shape of the graphs being wrong – although it really shouldn’t be hard to get such details correct; we need to get the whole of government communications much better.

Let’s take for example the use of the term ‘Covid-secure’. With increasing knowledge of aerosol transmission, it is clear that no use of social distancing, screens or masks can make an indoor space any such thing. Explaining that and using a more appropriate term instead would make every message far more trustworthy.

We all, even those of us with a scientific background, have learned a great deal more about immunity, disease transmission, evolution of viruses, and many other related subjects during this pandemic. I confess I was not previously clear on the difference between IgG versus IgM versus IgA antibodies. And not everyone will need to get into the level of detail – although understanding at a basic level what that means about infection is important to all.

We must make sure that the good sources are there, being propagated and spread from every conceivable official source. And that careless, throwaway lines, inappropriate, wrong messages and ‘false news’ don’t come from those sources.

Education, facts, a process of evolution whereby good information gets shared instead of bad, the importance of a decent quality of government information – this is one important lesson we should learn from the pandemic.