The stage is already being set by this discredited prime minster and his government. They are positioning themselves as victorious leaders of the country’s emergence from our disastrous encounter with the Covid-19 virus. 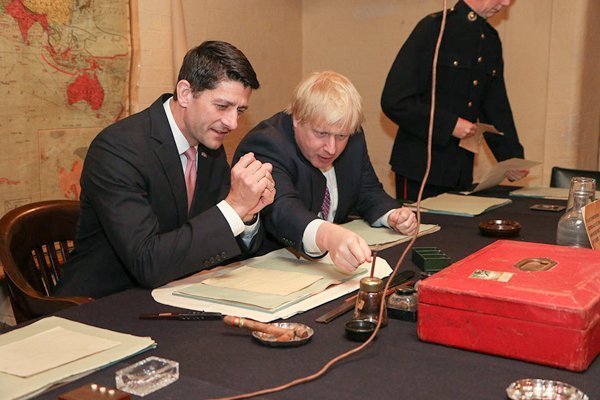 The stage is already being set by this discredited prime minster and his government. They are positioning themselves as victorious leaders of the country’s emergence from our disastrous encounter with the Covid-19 virus. Moreover, they are already using the pandemic to argue for the UK’s isolation from the rest of the world, by holding to the current Brexit transition ending on 31 Dec 2020. They do not seem to care about the impact the disease, followed by a hard Brexit, will have on our economy for years to come. Despite widespread evidence to the contrary, their message will be, “Of course we can cope on our own. Look how well we’ve all responded to the epidemic.”

The country’s response to the pandemic is indeed laudable but the PM’s role as its leader does not stand up to scrutiny. His and his government’s handling of the pandemic have been woeful. It epitomises Johnson’s casual, irresponsible and reckless nature.

Populist, nationalistic governments have developed the management of crises into an art form. Firstly, they are the authors of the crisis through their own policies. Then they claim credit for the rescue effort, despite it being achieved by others. Finally, through the use of PR and spin, they place themselves at the forefront of these recovery efforts and thereby assert leadership prowess. They are skilled at both creating the crisis (by incompetence or design) and at capitalising on the consequences. Their actions in claiming victory from a self-inflicted crisis are as shameless as they are breathtaking.

We Brits have a long history of leaders pandering to the national identity myth by reframing embarrassing retreats and disasters as heroic victories and by implication their heroic victories. Military examples such as the ‘charge of the light brigade’ in the Crimean War, and the retreat from Dunkirk in World War II, are prevalent in this myth making. Invoking almost anything to do with Churchill serves this purpose too, which is why Boris Johnson has chosen him as his personal hero and alter ego.

So how is Johnson preparing his Churchillian moment?

Over the course of the coronavirus crisis, society has suddenly been re-instated as a meaningful Tory concept. But this is not a ‘Damascene’ conversion following a recognition of how a truly successful country should conduct itself. It’s a political move. After years of neglect, the invaluable part the NHS plays in our society is suddenly being lauded by the very politicians who forced it to the point of collapse. It should not come as a surprise to our government that an indispensable crown jewel in the nation’s social infrastructure must be funded at all costs. The NHS staff and other key workers should not have to depend on a crisis to reveal their worth. Sadly, the Government’s current response is all a calculated part of their wider plan.

We are being invited to see ourselves in a battle. A battle with a virus; a virus that we can overcome with our traditional British ‘backs to the wall’ defiance. Covid-19 offers us the ‘unique opportunity’ to show the world the qualities than no nation on earth displays better than the Brits in adversity. Perhaps this is why we adopted the early herd-immunity approach, to demonstrate that we Brits will take the casualties, fight the enemy head on, no matter how big and scary, and never run away? Sadly, being ill-equipped for battle is also part of the do or die tradition we call upon. It’s insupportable to those who find themselves unable to survive the virulence of this virus. It’s offensive to the hundreds of NHS staff who have already died as a result of this tactic. And it’s a move that may well qualify as corporate manslaughter when we finally hold a public inquiry into what went so catastrophically wrong with our response.

Seizing the narrative has become the most potent weapon for enhancing the reputation of governments and political leaders. Repeated often enough, in the absence of a critical press or confident news media, the Government’s chosen narrative has a way of becoming accepted truth amongst great swathes of the population. This is because it’s often the only narrative being given any prominence and coherence. Repeated in briefings and media interviews with the frequency and force of a pile driver, no wonder it beds itself into the public consciousness. The country will be congratulated for prevailing against all the odds, notwithstanding the fact that the extent of the crisis was caused by our own government. We must all guard against this reality being spun out of existence.

When the immediate crisis passes, the county will be praised for its recent demonstration of national character, possibly attributed to a revival after years of EU oppression. Many heroes, known and unknown, will be publicly acknowledged and celebrated. And the Tories will launch a new branding campaign that places Boris Johnson at the forefront of this revival of the British character. Worse still, he will position himself in the vanguard of fight against the virus having looked death in the face and survived; both Churchillian and Christ-like.

We must not let Boris Johnson or his government insert themselves as leaders of the heroic national effort nor accord themselves the qualities of Churchill in leading the country through the worst of the coronavirus threat. We must stand up for and applaud the real achievers: the NHS staff, the supermarket workers, the academics and the manufacturing originations, the hard-pressed local government staff, the army, the belatedly recognised key workers and the numerous community volunteers who have kept society running in the difficult life-threatening circumstances. Let us also express our anger at the unnecessary loss of life and commiserate with the relatives and friends of those who have died