The restoration of voting rights for British citizens living abroad has long been a Conservative manifesto promise. This time we have a government-backed bill, an 80-strong majority, and what looks remarkably like a plan. 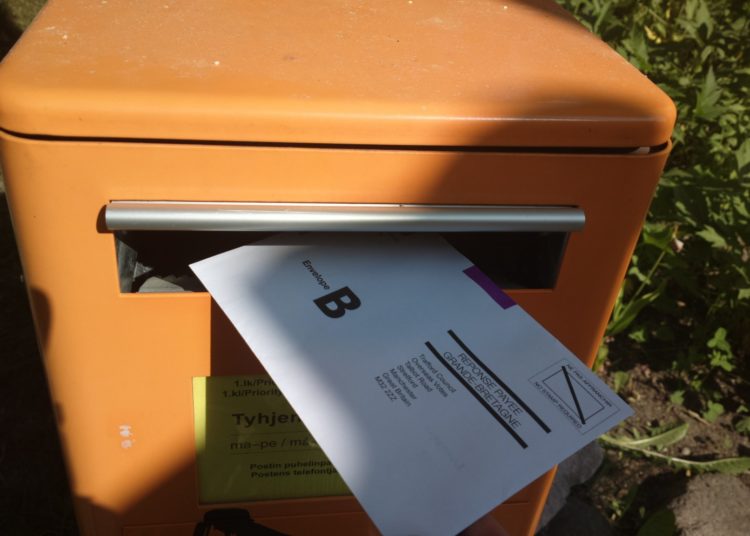 “Postal voted!” by hugovk is licensed under CC BY-NC-SA 2.0

After months of waiting for an update from the government regarding voting rights for British citizens abroad, news finally came on Thursday in the form of a press release from the British embassy. The release mentioned the recent measures announced in the Queen’s speech which “will make it easier for British citizens who have moved abroad to participate in British democracy”.

It went on to say how decisions made in the UK parliament – on foreign policy, defence, immigration, pensions and trade deals – affect British citizens who live overseas, stating, “it is therefore right that they have a say in UK Parliamentary General Elections”.

Votes for life: elections bill will “scrap the arbitrary rule”

The government plans to “scrap the arbitrary rule that prevents British citizens from voting”. The changes “will form part of the Elections Bill, which also includes measures to enable overseas electors to stay registered to vote for longer”. Those registered to vote abroad will now only need to renew their registration details every three years, instead of annually.

“In an increasingly connected world, most British citizens living in Spain retain deep ties to the United Kingdom. Many still have family there, worked there for many years, and some have even fought for our country.

“They deserve to have their voices heard in Parliament, no matter where they live, and I am delighted that UK Nationals living in Spain will now be able to participate in our democracy.”

The proposal offers more detail that we have seen to date. It states that, “electors will be able to reapply for a postal vote or refresh their proxy vote at the same time as renewing their voter registration, streamlining the process and helping to ensure overseas electors have appropriate voting arrangements in place ahead of an election”.

The government claims that the new bill will also “improve access to voting with electors with disabilities; prevent foreign interference by hostile actors; tackle electoral fraud … and increase transparency and accountability within our elections”. Further announcements are expected ahead of the introduction of the bill, which is likely to be before parliament shortly.

More than just a manifesto promise of votes for life

The restoration of voting rights for British citizens living abroad has long been a manifesto promise made by not just this, but prior Conservative governments. A lack of trust and confidence in government promises is still causing scepticism. Many Brits abroad will understandably respond to this latest news with, “I’ll believe it when I see it”. But we have never been this close before.

We have a government-backed bill, (rather than the previous private member’s bill), an 80-strong government majority, and what looks remarkably like a plan. There’s even a stated deadline – “in time for the next scheduled General Election in 2024”. But there’s the rub. Can we be sure the next election will be in 2024?

I don’t doubt that there is a lot of work involved in re-registering perhaps as many as five million disenfranchised Brits, or that the whole process could take a significant period of time. I don’t doubt that our government is sincere, this time, in their desire to keep this manifesto promise. What I do doubt is that we still have three years to wait for the next general election.