Charlie McCarthy explains what impact the chancellor's cuts to the aid budget will have on organisations like VSO. The charity's international programs will be halted and UK communities will be harmed as they can no longer volunteer. 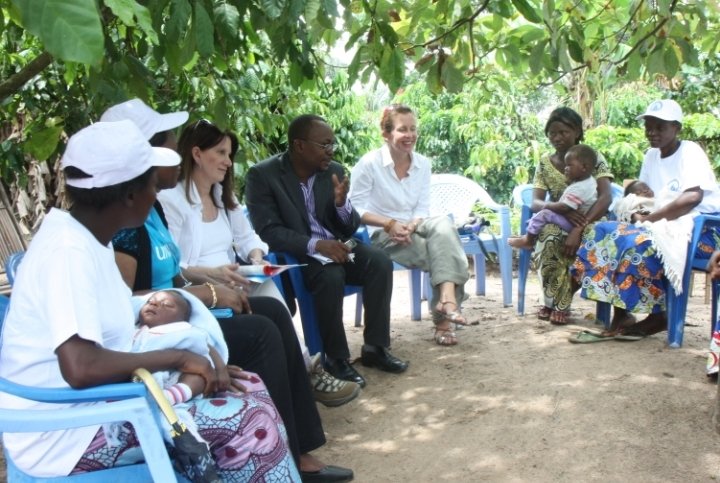 Voluntary Service Overseas (VSO) receives half its funding directly from the Foreign, Commonwealth and Development Office (FCDO). The charity may now be forced to cease operations in 14 countries and cut 200 jobs unless the government changes its standpoint and restores its funding from April 2021.

VSO received a major grant, the Volunteering for Development (V4D) grant, from the FCDO. The grant supports the charity’s development programmes in global health and education, which work to improve the livelihoods of the poorest and most marginalised people.

The programme, which has been immensely successful, will suffer as the grant funding comes to an end on 31 March 2021. Despite the programme’s A+ rating, there is no guarantee from the government that there will be future funding available.

Sunak’s slash to the budget has triggered widespread anger. The UK has a longstanding commitment to providing 0.7 percent of its gross national income as the overseas development aid budget. It has met that target every year since 2013 and the commitment was enshrined in law by the coalition government in 2015.

The Conservative Party renewed its commitment to this target amount as part of its general election manifesto promise in 2019. But as part of his spending review less than a year later, Sunak announced that the amount would be reduced to 0.5 percent. He has said that the present government will return to the target “when the fiscal situation allows”.

Andrew Mitchell, the first Conservative minister to run the international development ministry, is sympathetic to the current chancellor’s situation, but does not agree with Sunak’s actions. He told Politico that breaking the 0.7 percent “promise” was not only severing the manifesto commitment but was breaking a promise “to the poorest people in the world”.

He highlighted that Britain has, for a long time, been a leader in international development and a “beacon of light to the desperate”. He described Sunak’s cuts as “deeply depressing”.

The consequences of ending the volunteering for development grant

The V4D grant represents around one fifth of VSO’s programmatic work. If the grant is not renewed, VSO could be forced to immediately halt their Covid-19 response work in 18 countries, close up to 14 of the UK programmes, and issue redundancy notices to nearly 200 staff globally, including many in the UK.

VSO would be left with little choice but to withdraw from work with key external partners like the African Union, which has recently initiated a programme of work to develop a continent-wide volunteering platform. VSO told Yorkshire Bylines that this year their programmes have reached nine million people in some of the world’s poorest regions. Without the grant, this support will vanish.

Why is volunteering important to the UK?

Volunteering is a win-win for Britain. British volunteers overseas act as ambassadors for Global Britain. So while they are delivering effective UK aid, they are also boosting British soft power and demonstrating the best of British values on the world stage. These roles fit well with the FCDO, itself formed to better align aid, trade and diplomacy.

Currently, for example, the Lewisham Greenwich NHS trust and Nygatare District Hospital in Rwanda are working together to upskill health workers in both the UK and Rwanda.

VSO highlighted the importance of volunteering in sustainable development, pointing out that it ensures the most vulnerable people and communities are not left behind in development efforts. Citizens that volunteer are given a chance to “build resilience, enhance their knowledge, and gain a sense of responsibility for their own community”.

And of course, the ripple effect of volunteering encourages and inspires others to volunteer.

The evolution of VSO and impact funding cuts will have

VSO was set up in 1958, when 16 British volunteers responded to a letter from the Bishop of Portsmouth asking for people to teach English in Borneo.

Over six decades, the charity has worked in 90 of the world’s poorest countries and 80,000 volunteers have supported the education, health and economic wellbeing of an estimated 50 million people. And since that time, much has changed.

The work has become more specialised and more skilled. Today’s volunteers are required to be well-qualified professionals in their field to be considered for a placement with the charity.

The threat to this programme will be felt in many of the poorest communities. Development programmes cannot be suspended and then restarted easily. If specialist input is lost, the health care or the teacher training programmes may be stopped and never restarted.

We asked Sarah Champion, Labour MP for Rotherham and chair of the international development select committee, whether the reduction to the UK aid budget and the impact this will have on VSO should concern us.

“We should be concerned that reductions in the aid budget may lead to the VSO volunteering programme being cut. By bringing together UK and international volunteers, this programme does vital work supporting global health and giving access to education.

“Stopping this programme risks undoing decades of progress against global poverty and removes international volunteering opportunities for young people, many from disadvantaged backgrounds here in the UK.”

Breaking manifesto commitments should come at a cost. If Sunak carries out this cut to the UK aid budget, our influence in the world will suffer, as will our credibility, particularly when our leading politicians spout rhetoric about ‘Global Britain’.

Lord Macdonald of River Glaven, a former director of public prosecutions, has now challenged this decision, saying it was unlawful for the government to cut its international aid budget below its target set in law in the 2015 Act. His claim was made in a formal legal opinion commissioned by Conservative MPs campaigning to reverse the cuts.

If you wish to challenge this decision, get involved. Contact your MP and ask them why the world’s poorest should suffer more austerity in the light of current need to balance the budget in the UK.

The question is not, what can the world do for my country? But rather it should be, what can my country do for the world?