Charlie McCarthy explains the emerging problem of unpaid rent and the UK's debt crisis. Social housing in Britain has suffered over the past decades. The pandemic itself, despite the ban on evictions, has also meant young renters have been worst-impacted with high rents and poorly maintained properties. 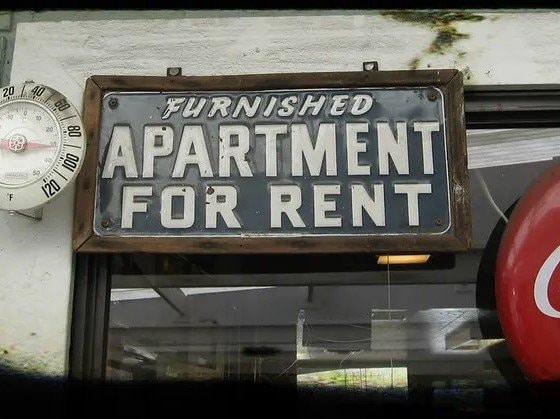 “Unfurnished Apt for Rent” by turkeychik is licensed under CC BY 2.0

Council housing as a social housing option has all but collapsed in Britain, resulting in a rise in privately rented accommodation, often overpriced and inadequate. The pandemic has caused a serious rent debt crisis and the easing of lockdown restrictions will see a return to forced evictions. Renters feel “powerless”, “stressed” and “insecure”.

Unpaid rent and the ‘right to buy’

The ‘right to buy’ was introduced by Margaret Thatcher’s Conservative government for tenants of council houses in the 1980 Housing Act. David Cameron extended the right to buy to tenants in housing associations in 2015, meaning a further 1.3 million more families across the UK were eligible to buy discounted social housing.

More than 170,000 council homes have been lost since 2010. Supporters say the policy has given millions of families a tangible asset and so secured their family finances, while at the same time releasing a new cash stream for local authorities to pay off debt.

Critics claim that, since social rents are around half the cost of private market rents, it has created a housing shortage for people on low income.

Unpaid rent and ‘buy to let’

The solution to this gap in the social housing market saw the emergence of a group of small-scale landlords, buy to let landlords, people who ploughed money into property to let. The business model prevalent at the time was that they could collect rents while their properties grew in value.

The returns on investments historically have been good, with Yorkshire and Humberside reporting returns amongst the best in the country, according to This is Money, a financial website.

Buy to let was thought to be an assured asset, a good bet for a retirement income and some of the 2.6m buy to let entrepreneurs in the UK became full time landlords. The buy to let house market was valued in 2019 at £239bn.

Impact of Covid-19 on the rental market

Covid-19 has shaken the buy to let market to its foundations.

The government introduced the coronavirus job retention scheme on 20 March 2020 in a bid to prevent the collapse of the British economy following the necessity to lock down the economy on public health grounds. The scheme allows employees to be paid a maximum of 80 percent of their salaries.

Recognising that people would be under financial strain, the government imposed a ban on eviction enforcement. It later extended the ban until 31 March 2021 and has now extended it again until 31 May, bringing England into line with what is happening in Wales and Scotland. Currently, therefore, bailiffs are banned from repossessing properties.

In December 2020, the National Residential Landlords Association (NRLA) warned of a “rent debt crisis”. Up to 800,000 renters could be behind on their rent, leaving some landlords struggling to pay their buy to let mortgages (although they have been able to apply for payment breaks on their mortgages until 31 March, up to a total of six months allowed).

Rent arrears are the fastest growing UK debt problem. The NRLA found that 7 percent of renters had built up arrears as a result of the covid pandemic, which equates to a figure of 840,000 tenants.

Young renters (18–24 years) were found to be twice as likely to have fallen behind. The self-employed were the most likely to be struggling. Figures from the Money Advice Trust indicate that renters account for 57 percent of the calls to National Debtline compared to 43 percent in 2010.

The Citizens Advice report, ‘Tenants Voice’ March 2021, reveals that the average renter is spending 40 percent of their take home wage on rent. But the majority of renters on the tenants’ panel also reported that their properties needed repair or maintenance in the last three months, with one in six privately rented homes harbouring a “Category 1 hazard”.

One person reports that she is “too scared” to ask for repairs to be done because whenever she has done this in the past her rent has gone up. Overall, tenants are described as “feeling on the edge”: financially insecure and, with a lack of other options available, powerless.

Citizens Advice believe that the pandemic has exposed the fundamental weaknesses in the UK rental market: renters’ precarious position in the housing market is exploited by some unscrupulous landlords who are in the market for a fast buck rather than a long-term commitment to housing the UK’s most vulnerable citizens. Alistair Cromwell, the acting chief executive of Citizens Advice summarises their findings as follows:

“Our research paints a disturbing picture of a private rental market in which tenants pay high rents on badly maintained properties, while living in constant fear that any complaint could result in summary eviction”.

The government has assured the NRLA that restrictions on eviction will begin to “taper off” from 1 June, which means that a return to bailiff eviction will be part of the roadmap out of lockdown. The pandemic may even result in some landlords giving up, thus further reducing the number of properties available for rent.

Summer 2021, with the easing of lockdown restrictions, is not welcomed by everyone.

If you are struggling with debt, you can access some free debt resources HERE