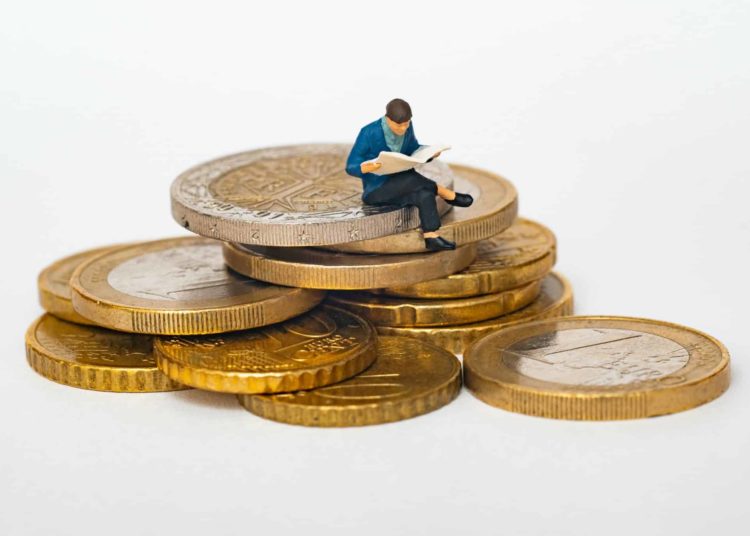 Model man sitting on a pile of coins, image by Mathieu Stern for Unsplash

My first Basic Income Earth Network congress was in Finland in 2018. It came with a real buzz. Many of the veterans who had been working away on universal basic income (UBI) for decades were amazed at the range of new people, the level of media interest, the spread of the idea.

The 2021 conference taking place today and tomorrow, hosted by Basic Income Network Scotland, has even more of that buzz, despite being held only in cyberspace. It has heard expressions of strong support for the context from two first ministers, Nicola Sturgeon and Mark Drakeford. It has speakers from all around the world, campaigners and academics. I’m not sure if anyone has done a count of the number of PhDs now being done on UBI, but judging from this agenda, it’s a lot.

For the Green Party, this is great to see: one more case study of Greens leading and others following, this having been party policy for decades.

What is universal basic income?

BIEN’s definition – “a periodic cash payment unconditionally delivered to all on an individual basis, without means-test or work requirement” – is clear. I’d add that it has to be set at a level to meet an individual’s essential needs, so it is possible to live on it, otherwise it risks just becoming a wage subsidy for employers.

For while few in the UK would deny the most basic of human rights, the right to life, there’s currently no guarantee of the means for that – to food, shelter and other essentials. From that follows a broader argument about the human need for security, which has pushed its way front and centre. Very few of us – perhaps only the 1 percent of the richest – can be sure that we’ll never be left penniless and desperate, and fear of that has pernicious impacts across society.

We increasingly understand that insecurity has extremely bad effects on physical and mental health (that’s a strong public health argument for UBI). And environmentalists have long seen the ways in which insecurity drives consumption of this planet’s desperately overtaxed resources.

But what’s starting to be understood, and the subject of a talk I’ll be giving at the conference today, is that UBI offers much more than security, crucial as that is. What we are talking about in a UBI society is a truly different political approach, a direction that seeks to move beyond the past centuries’ discriminatory, controlling model of assuming that the many need to be directed, guided, organised and controlled by the few, something that’s been at the heart of all previous political models.

For if we consider what the foundation of survival is in a capitalist economy for the vast majority of individuals, it is using your time, energy and talents as directed by a boss – “working for the man”, as Roy Orbison put it. In recent decades, the demands of modern work have meant that extends far beyond the working day.

Those wishing to get ahead, particularly the young, are pushed to regard themselves as products, presented on social media, groomed with extra study and good works, to not just hold their current job but to secure a future one. Those in the gig economy, for whom such presentation can be particularly important, haven’t escaped from a boss: they have a lot of them, competing for their attention, for every click.

In socialism, as delivered in the former East Bloc, the foundation of survival was using your time, energy and talents as directed by the state – that was the only way to security. The effects were crushing.

Offering a choice in the course your life takes

The offering of choices in life course is something I’ve long highlighted as a benefit of UBI. Consider the single parent, who can’t now risk starting up the small business for which they have a brilliant idea, trapped in a dead-end job – at which they’re miserable and probably quite inefficient. Or the composer, poet or cabinetmaker who might produce a masterpiece, but who’s instead condemned to call centre hell (with which we all suffer with them whenever forced to deal with our bank or telecoms provider).

Yet it struck me, exploring this idea further, that the frame in which I was placing this idea of freedom was still too limited. I’ll excuse myself from one angle for my failure of imagination: one of the reasons why UBI has always spooked mainstream economists is trying to model just what it would look like when people truly could decide for themselves how to spend their time – what would that magical beast ‘the economy’ look like under such conditions?

But given the state of the world today, in a pandemic that’s accelerated and highlighted issues of poverty, inequality, insecurity and despair that were already deeply rooted, there’s no excuse for timidity. We cannot continue as we are, and UBI – and the very different society it would bring – offers a way forward. The universality means this freedom is not a contingent freedom, available to the few, of particular gender, class, ethnicity or age, as ‘freedom’ has been in the past.

The status quo is unsustainable

That where we are today is unsustainable is something that’s being increasingly grasped from many different directions. In the curious hybrid that is modern China, a mixture of capitalism and socialism – the ‘lying flat’ movement, led by its young people – is rebelling against the control of both. Looking at the West, social psychologist Devon Price has torn apart the “laziness lie”, which finds individual worth in productivity, and tells individuals that there’s always more they can be doing: no minute of the day is free, at least from guilt.

This is not exactly new, simply intensified by our modern technological age. For as :Emma Goldman said:

“No one is lazy. They grow hopeless from the misery of their present existence, and give up. Under our order of things, every man would do the work he liked, and would have as much as his neighbor, so could not be unhappy and discouraged.”

That was written long ago, but will ring true to many people in the UK today – whether they are trapped on inadequate universal credit (soon to be further cut) and forced by the state to ‘perform’ job-seeking for many hours each week, or frantically ‘selling’ themselves on gig economy platforms, or stuck in “bullshit jobs”, of which there are so many.