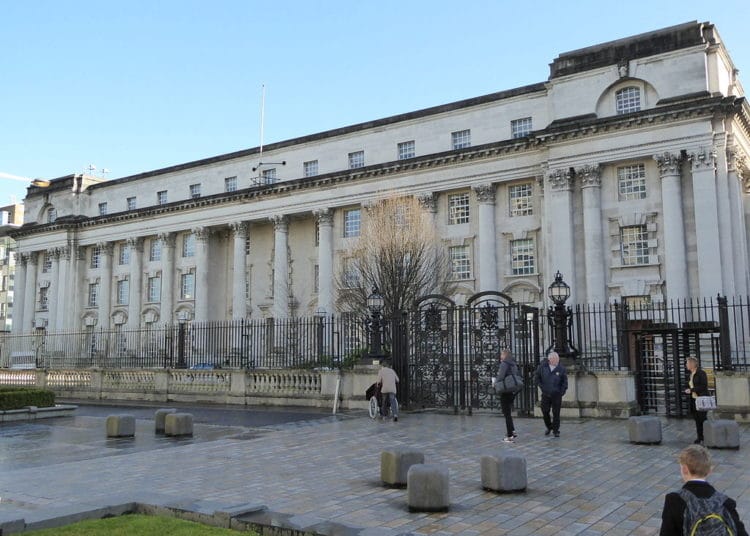 A challenge to the Northern Ireland protocol by loyalists in the High Court of Justice in Belfast has failed. The judge, Mr Justice Colton, yesterday dismissed two applications for judicial review challenging the EU withdrawal protocol, the withdrawal acts and regulations.

The claimants who launched the challenge included David Trimble, former Ulster Unionist Party leader and first minister, Kate Hoey, the former Labour MP (both now in the House of Lords), and Ben Habib, former Brexit Party MEP. In a complex constitutional case, the claimants challenged the legality of the UK Withdrawal Acts of 2018 and 2020 on four grounds, all of which failed. Bizarrely, in rejecting the judgment, a leading unionist now claims that the UK parliament didn’t understand what it was voting for when passing the withdrawal legislation.

Unionists claim parliament didn’t understand what it was voting for

One of the grounds for bringing the case was that the Northern Ireland protocol contravened part of the 1800 Act of Union by which Ireland became part of the United Kingdom. Justice Colton ruled that although the Withdrawal Act 2018 was in conflict with the Act of Union, the more recent withdrawal agreement containing the protocol effectively took precedence and overrode it. The full adjudication also included this (paragraph 111):

“This matter must also be considered in light of the fact that every provision and clause of the Withdrawal Acts, the Protocol and associated documents were fully considered by Parliament. […] The Acts were passed by a legislature which was fully sighted of the terms and consequences of the Withdrawal Act. The Acts have been approved and implemented pursuant to the express will of Parliament and any tension with Article VI of the Act of Union should be resolved in favour of the Agreement Acts of 2018 and 2020.” Mr Justice Colton – 30 June 2021 – The Allister case, ICOS No: 2021/18686/01

In other words, the court assumed MPs were fully cognisant of all of the consequences of the withdrawal legislation to which they gave little scrutiny (although Iain Duncan Smith argued the Withdrawal Act had been “thrashed to death” in House of Commons debates). Jamie Bryson, an activist and editor of Unionist Voice, immediately refuted the judgment and published a detailed rebuttal in which he argued that justice Colton was wrong to conclude “that Parliament knew what it was doing” and that it really intended to repeal the Act of Union. Bryson said there is “no basis for this finding” and claimed that Boris Johnson himself had said recently that the Act of Union had not been repealed. He added that it created “the absurd situation whereby Colton J has transported an intent to Parliament, for which no objective basis exists”. Bryson seems to believe the UK parliament ‘accidentally’ repealed part of the 220-year-old Act of Union and in effect, MPs didn’t know what they were voting for.

Impartiality of the judge questioned

Note that Bryson is relying on the word of Prime Minister Johnson against that of a high court judge.  But this is perhaps to be expected since the judge is already under fire for implied bias. In an article for Unionist Voice, Bryson claims Justice Colton was a “former SDLP [Social Democratic & Labour party] election candidate” with the implication that this affected his ruling. The SDLP website gives its stated aim as being the reconciling of the people of the island in a “united, just and prosperous new Ireland”.
The Unionist Voice article suggests the claimants will now take their case to the Court of Appeal, and ultimately the Supreme Court, which will have to decide if Colton was right or if MPs really didn’t understand what the protocol meant.

Ben Habib voted for the protocol he now challenges

“The prime minister’s proverbial clothes have been removed by this judgement. Our own judicial system has shown that the Protocol tramples all over the constitution. “In delivering that judgement [Justice Colton] has laid bare the Government’s incessantly false claim that the Protocol did not put a border the centre [sic] of the Irish sea and did not compromise the constitutional arrangements for Norther Ireland.” [sic]

This is quite an admission for Habid, since the full judgment (paragraph 291) notes that “the Agreement was actually voted for [in the European Parliament] by the second applicant, Mr Habib, who now seeks to challenge the legality of the Agreement in these proceedings.” Clearly it wasn’t just MPs at Westminster who didn’t understand what they were voting for.
Tags: Northern Ireland protocol
ADVERTISEMENT
Previous Post