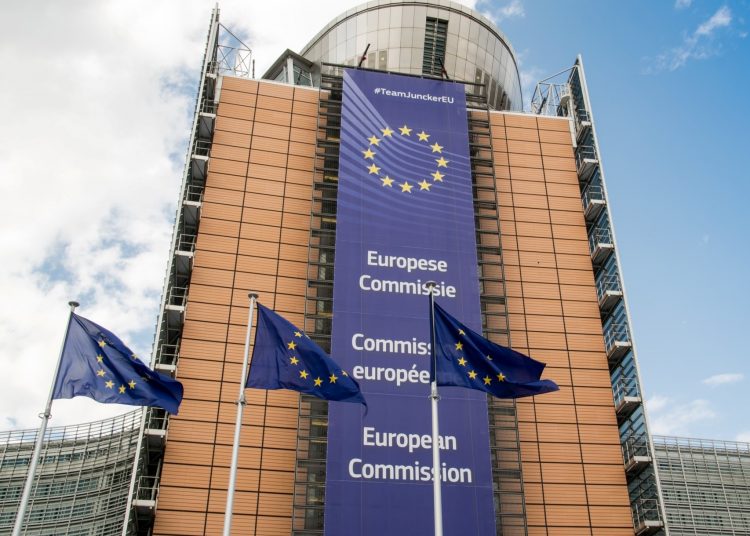 Photo by Ernesto Velázquez on Unsplash

When EU commission president Ursula von der Leyen, gave her annual State of the European Union speech today, she began with a warning. 2022 will be a test of our character but it will be a test that Europe will pass. And Europe will become a Europe to be proud of, one inspired by the empathy, solidarity and a determination to make the future better, called for by its young people.

Young people, she said, would take their turn at shaping the future of Europe at a time of global crisis. Togetherness and shared values would inspire just about every initiative the EU is to embark on. Accordingly, 2022 is to be Europe’s Year of Young People.

From crisis to hope

Speaking in four languages – English, French, German and Italian – von der Leyen addressed the European parliament’s masked-up MEPs. She began by acknowledging the grief of the past year; the hearts we can never mend, the lives we can never un-end, and the time that can never be given back to our young people. 2021 tested Europe’s resilience but the people’s spirit and soul shone through, she said.

And this was the core message to all: together we can succeed. Not in building some inward-looking Europe but in showing that when the EU takes a role in the world – as it must – its duty is to act responsibly, share, respect people’s dignity and their right to freedom.

Europe has to become a trusted brand around the world, a model to connect different countries and peoples. A model for transparency, good governance and openness sustained by mutual tolerance, respect and partnership.

Europe as a global player

She was quick to point out that Europe will have to become “more present” on the world stage, to meet the global needs of finding solutions to the climate and health crises, trade and poverty. And that means huge investments, starting with a €100m support package for Afghanistan and its neighbours facing famine. Europe has a special responsibility, she said, to the poorest and most vulnerable countries and peoples.

She said there must be more social ambition to combat energy poverty among the poor in Europe, but that around the world Europe had responsibilities on the climate, as now was “a moment of truth”. Announcing €4bn extra to help meet the 2025 climate goals, she called on the US to step up immediately with finance, and replace rhetoric with the kind of binding commitments the EU has.

The EU is to double its funding for biodiversity for mitigation and transformation measures to help the most vulnerable economies.

The EU’s ambition is therefore both to strengthen its immediate neighbourhood – accelerate the admission of the Western Balkan countries into the EU – and work closely with Africa. She announced a €1bn investment programme, boosting vaccine doses given to Africa. The pandemic is a marathon, she said. But there was no room for complacency when under 1 percent of the populations of the poorest countries have been vaccinated. Europe has to act responsibly to avert a “pandemic of the unvaccinated”. It is unique in having given 700 million vaccine doses to the rest of the world but it can’t stop there.

The EU is to create a special health preparedness and resilience unit to fund work across different agencies and states in order to try to avoid a future pandemic, and ensure that the EU is in a position to respond fast.

Some €50bn is to be invested in that. But von der Leyen was careful to link up aspects of different policies to show that this could not be considered in isolation from improving the working lives of people, economic support for them informed by healthy goals and a commitment to work together for the common good.

In that respect, she echoed the drive behind the founding fathers of the European project. But to make it a reality, she stressed the need to find extra financial resources to fund the green deal, invest in short-term recovery and long-term stability, build sustainable infrastructure, and realise the ambitions of Europe becoming a world leader in creating a state of the art ecosystem for semi-conductors and chips. Europe needed to harness its talents, stop depending on Asian imported chips and build its own secure supplies of the elements that are essential to create a digital future.

Big goals – no room for doubt

Von der Leyen presented a vision for hope and a future based on harnessing the skills of a young, respected labour force, who had a right to good and improving working conditions, including better work-life balances.

She brushed aside the idea of the goals being too big, by referring to the Galileo satellite system, which everyone had said would never work (our smart phones are connected to it). She insisted that now was the time to create consensus among the EU members about the Union’s economic future, because the evidence of the pandemic’s impact on the economy was all around us. In 2023, there will be an economic governance review, inspired by the 30th anniversary of the creation of the single market.

It was then that she allowed herself a small boast: the pandemic challenged the principles of working together, but the single market was already proving itself to be a motor for recovery: over the past three months, EU growth had outpaced that of the US and China.

It was also then that she warned that collective action for the future could not be just a slogan. It means combating tax fraud together, sharing corporate tax takes and taxing hidden resources equally, fairly and justly. A worldwide corporation tax is an aspiration and an action point. 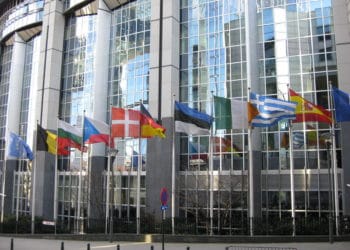 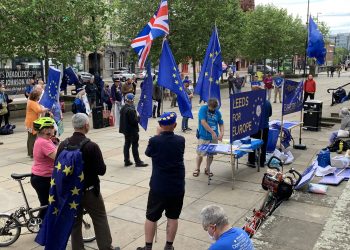 Acting with fairness on the global stage

The EU has, since the time of the single market’s creation, increasingly used its defence forces to give civilian, humanitarian aid in crises. However, von der Leyen firmly stated that the future of the EU’s defence ecosystem means that Europe has to do more on its own to combat hybrid threats. It needs a defence union, possibly complete with expeditionary force capabilities.

EU member states’ armies have done joint exercises previously, but a defence union would have to go beyond that to deal with cyber security, the space arms race, and to show that working together is the way forward. Less cooperation is not the answer to making us more secure, she said, hinting that a new EU-NATO Joint Declaration was being prepared for the end of this year, and would say why and how stability is to be built.

Meanwhile, the EU will legislate on cyber resilience, waive VAT on EU-made defence equipment, improve cyber synergies among the EU27 and reduce dependence on the outside world. All uplifting ambitious stuff but injected with realism about, she said, being open about past failures. It’s the absence of political will, not resources that has hindered Europe so far.

The future will be shaped by the young

She closed her speech leading a standing ovation to Italy’s Paralympic champion Beatrice Vio, who succeeded against the odds. Her motto: “If it seems impossible, then it can be done”. The EU has a vision for the future, will fund innovation and new programmes for its disadvantaged young people to give all a stake in building a fair and equal, shared future. It is confident but not complacent. Above it is determined to do better together.

As the speech ended, it was clear that she had revived hope and a spirit of optimism that Europe would not allow its societies be divided and weakened. Von der Leyen had given meaning to the idea of the European ideal, a strong soul and political will to do better. In the UK, we can only stand and watch from the sidelines.