The government seems to be intent on picking an almighty battle with the judiciary for having the audacity to rule against its wishes. 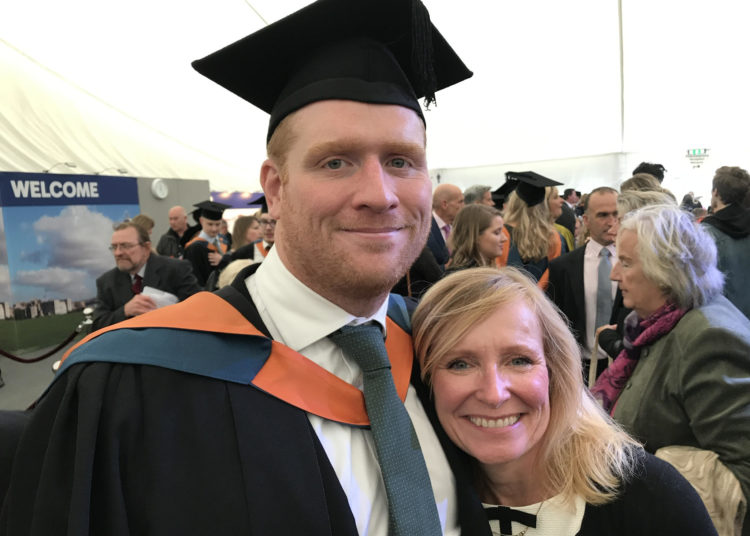 I was relieved to hear the recent court of appeal ruling that Shamima Begum should be allowed to return home to appeal the decision to deprive her of her British citizenship. The fact that she has to fight to regain her citizenship is ludicrous and potentially dangerous. If she fails, the repercussions will be extensive and will mean that we face the very real threat of over-zealous powers rendering people stateless.

The government seems to be intent on picking an almighty battle with the judiciary for having the audacity to rule against its wishes. Of particular concern is the creeping concentration of government power without oversight. The new justice secretary, Robert Buckland, has rushed to unveil a commission of legal experts to challenge the rule of law. This could see judges barred from political decisions as the government accuses courts of usurping the role of Home Secretary over Shamima Begum. Interestingly, Buckland is one of several Cabinet ministers to have taken Russian-linked money.

My own experience of Buckland has nothing to do with his links to Russia though. He and I go back a long way, to when my then 15-year-old son Henry was attacked at school in 2007. Mr Buckland was a governor at the school and the newly appointed prospective parliamentary candidate for the constituency.

Henry was in his GCSE year when it happened. He was naturally sporty and tall, but throughout his time at the Ridgeway School, he had been regularly picked on. As a gentle giant with red hair, he was a target for bullies and I was constantly in and out of meetings with the school management. It seemed to me that they were in denial about their inability to deal with bad behaviour. Instead, they preferred to project blame elsewhere. I remember warning teachers that if they didn’t get a grip, it was going to culminate in a serious injury or a death.

Ultimately, my predictions were correct. On Thursday 11 January 2007, I got the call from my youngest son to say that Henry had been attacked with a hammer. As I ran on to the tennis court where my son lay, I saw Henry’s head of year, and shouted at her, “I bloody told you this would happen.”

As details of the incident emerged, I discovered that three carloads of young Asian men had descended on the school to leave Henry for dead after several blows to his head with a hammer, in what was later described as a hate crime. Henry’s injuries were serious. Initially, as he was recovering from major brain surgery, the chair of the board of governors – who happened to live next door to us – asked me over to discuss what the school were planning to do. He disclosed that a new QC called Robert Buckland was going to head up an inquiry into what had happened.

A few days later, Robert Buckland walked into my kitchen. I remember feeling totally underwhelmed by his presence and his contributions. He told me he was going to single-handedly investigate the school in the hope of working out what led to the attack. But this was just the latest in a series of incidents at the school where investigatory action hadn’t been taken. Parents were already angry at the perceived cover-ups and I had no confidence that this “single-handed” review would be any different. I informed him that I would have no faith in any inquiry unless it was totally independent.

Over a year later, after the three months of criminal court hearings and the convictions of 13 individuals, Robert Buckland contacted me. He told me he was best friends with one of the protagonist’s barristers who had given him the thousand or so statements made by the witnesses of Henry’s assault. Mr Buckland said he intended going through all of these statements to investigate the school. I was horrified at what I believed was a breach of legal protocol and at the conflict of interest – he was a school governor but if the school had been found guilty of racism that would have affected his career.

The whole thing seemed wrong. I had written to Gordon Brown, the prime minister at the time, and had met with the education secretary Ed Balls. Mr Balls had made it clear to me that safeguarding rules stipulated that a serious case review should have been triggered by the local education authority immediately after the attack. A serious case review involves all relevant bodies – police, school, local authority, social care, health and others – to identify lessons learned in order to prevent further systemic failures. This hadn’t happened.

Mr Balls directed the local authority to initiate this serious case review, which they did, but it was stopped within a few months, after the school refused to cooperate. It took 18 months of campaigning and a judicial review of Swindon local education authority for the serious case review to finally recommence. When I was interviewed by the review panel as part of their inquiry, I informed them about Mr Buckland’s conduct regarding unauthorised access to privileged court documents of sensitive witness statements, many of which were made by minors. The panel recommended I inform the bar council, which I did, and finally in 2011 Buckland was found guilty of professional misconduct and bringing the profession into disrepute.

In 2014, David Cameron appointed Robert Buckland as solicitor general. At that time, journalists discovered the charge on his bar council record, which triggered lots of media interest. In normal times, this would have led to his dismissal – but it seems that there were, and still are, no barriers to climbing the career ladder that leads to high office.

Henry’s recovery was very protracted: a frontal lobe injury affects your fine-tuning cognitive abilities, such as memory and risk assessment.  However, we have been very fortunate in that he is able to lead a normal life. His determination ensured he went on to complete his education and graduated from Plymouth University in 2017. The school, for their part, put up a fence around the tennis court.

You can view Henry’s first interview after the attack. If my experience is a pointer to the future, we face the deeply worrying prospect of the primacy of the rule of law being subordinated to political loyalty to the tribe. Democracy is under threat and makes losers of us all.