The final of Eurovision 2022 brought Europe together with music, yet many believe Ukraine’s win was a foregone conclusion 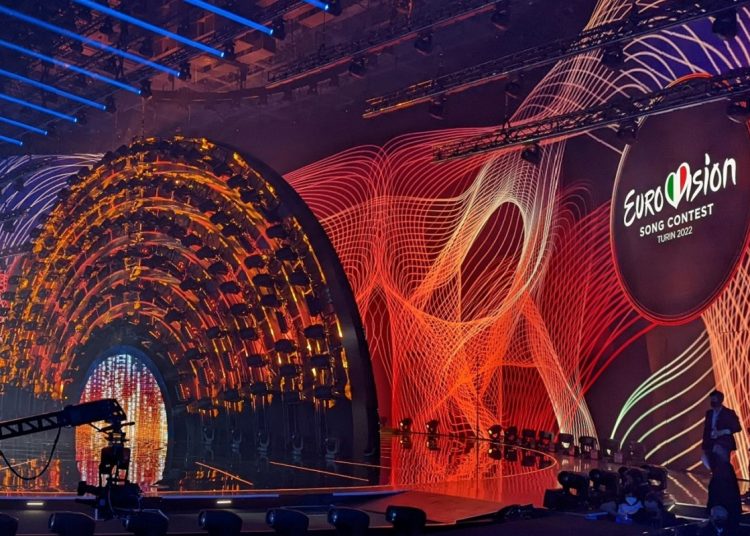 Ukraine’s Eurovision win proved that in severe times we can all come together. This year’s competition, held in Turin, Italy, demonstrated the huge degree of support and admiration felt across Europe for the war-torn nation and its people.

Even the UK saw a piece of the affection with the highest score we’ve ever received in the history of the show for Sam Ryder’s Space Man, with which we achieved second place. We had wryly come to resign ourselves to being the least likely to win, due to our recent tendency to receive ‘nul points’, so it’s no surprise that when the odds on us winning this year grew with each country’s votes, we finally felt the excitement that many other countries experience yearly. The last time the UK achieved this high a place in the competition was in 1997 with Katrina and the Waves’ winning song Love shine a light.

Winning with the sympathy vote?

Ukraine, on the other hand, have had a steady run within the competition. Kalush Orchestra’s song Stephania joins their two other wins from 2004 and 2016.

But in the case of this year’s winning entry, many have called bias. Believing that the country had received ‘the sympathy vote’ due to Russia’s ongoing, unprovoked attack, some felt resentful that it had ‘stolen’ the win from the UK. Ukraine had indeed been a clear favourite from the start and had had to face persistent accusations of benefiting from politicisation in the singing contest.

Soon after the results were revealed, people went over to Twitter to share their opinions, which were, to put it mildly, mixed. One commenter wrote, “Pathetic undeserving pity vote”, while another said, “I’m English, I love the Ukraine song! It was 100% the right result tonight”.

Complaints that results are guided by political and financial influence have been raised since the show began in 1956.

I conducted my own small, informal survey of opinion, asking 42 people aged 18–25 whether they thought that the competition as a whole was politically driven. Some 53 percent agreed and 27 percent agreed to some extent. Obviously, these are purely subjective responses, but if they are at all representative, then Eurovision viewers are coming to the show with rather cynical expectations.

Perhaps we just have to accept that, while there are rules put in place to discourage and prevent political and financial intervention, a competition centred on pitting countries against each other for the win cannot help but involve some amount of political and social influence.

Interestingly, and bearing in mind that many of the respondents had only seen clips or highlights of the show subsequent to the broadcast, out of 17 people, only two felt that the win was undeserved. Three people were unsure, but seven felt Ukraine deserved their win, and four that they ‘somewhat’ deserved their win.

A beautiful homage, a song of strength

In the UK, the competition as a whole gave a way to strengthen the unity between ourselves and Ukraine. Those housing Ukrainian refugees spent the night celebrating an almost shared win, while prime minister Boris Johnson tweeted, “It is a clear reflection of not just [Ukraine’s] talent, but of the unwavering support for [their] fight for freedom”.

And, despite possible misgivings about fairness, it can easily be argued that the Ukrainian song deserved to win. The mix of classic Ukrainian folk songs with the modern flare of rap paid a beautiful homage to their citizens in the past and sent a song of strength to those going through strife today.

Ukrainian president Voldymyr Zelenskyy posted to Facebook on the night of their win: “Our courage impresses the world, our music conquers Europe! Next year Ukraine will host Eurovision! For the third time in its history. And I believe – not for the last time”.

Lucy is studying creative writing at Leeds Trinity University. Her goal is to eventually publish her own novel and in the meantime she is finding her footing in the world of self-publishing with Yorkshire bylines. Having the opportunity to express her thoughts and ideas to change the world for the better is something she takes pride in and is not something she wishes to take for granted.