UK government sets out the benefits of the single market 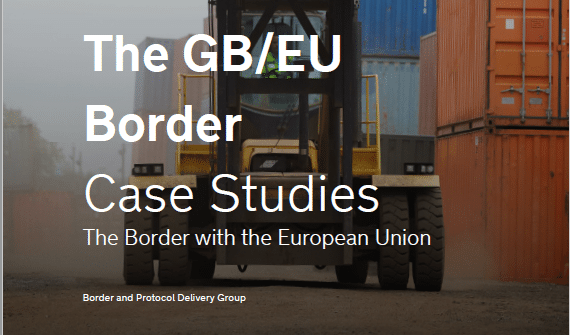 Yesterday, the government published the final version of its Border Operating Model, just hours before new procedures came into effect at 11pm UK time. It includes model case studies for importing or exporting various goods between the UK and some example EU member states.

Bear in mind all of these journeys were perfectly straightforward – until yesterday that is. They simply involved getting a haulier to pick up the load and deliver it to the customer, wherever that was in Europe.

Now it’s an impenetrable forest of graphics, jargon and acronyms and a mass of paperwork and government IT systems, which all adds up to additional costs and delays. It is, in essence, a very clear explanation of the benefits of the single market and the customs union.

Incidentally, references to CTC means the Common Transit Convention, a so-called ‘simplified’ EU customs procedure that allows goods to move between the EU and other common transit countries, or between the common transit countries themselves, with duty only being paid in the country of final destination. The UK is set to remain part of the CTC beyond the end of 2020.

The guidance comes with a 70-page leaflet, from which the graphics below have been taken, and a 159-page explanatory document setting it all out in detail.

What the model reveals is the colossal amount of time and money that businesses in the UK and Europe will waste over the coming years simply to shift goods across a border. Money that will not be available for people to spend on themselves, or on public services or infrastructure.

The leaflet can be thought of as the antithesis of a promotional device to showcase Britain as the place for foreign investment. If you wanted to drive investors away, this is what you would use. It is what EU governments WILL use when a US or Chinese or Indian company begins to look at building a factory in Europe. If I worked for the French government’s trade department I would have it pinned up in the office.

It is the raison d’être for the single market, provided by the British government.

Importing fish from France via CTC after July 2021:

Exporting fish to France using CTC. Note in the detailed text a 26-step process explains the bureaucratic hoops that Britain’s fishermen face from this morning.

If these documents were available in 2016, would the result of the referendum have been the same? Would they have been accused of ‘scaremongering’?