The UK fishing industry voted for Brexit in 2016 with high hopes of a better future but Johnson’s deal appears to many to be a betrayal of their communities. 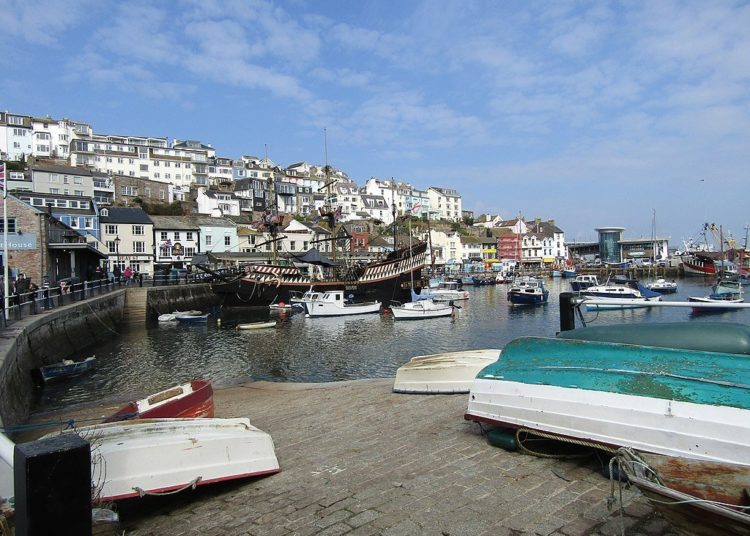 This year will bring many groups and individuals face to face with the harsh reality of Brexit and it seems the first community beginning to fully appreciate what Boris Johnson calls the ‘opportunities’ of Brexit is the fishing industry.

Days after the transition period ended, a rising chorus of complaints about the impact of the Trade and Cooperation Agreement on fish exports to the EU is starting to ring out from one end of the country to the other.

The Yorkshire Post article: Whitby fisherman says ‘crews will be worse off in 2021 than before they left the EU’ is the very last message fishermen thought they would hear after Brexit, but this is the claim of Arnold Locker, chairperson of Locker Trawlers in Whitby, and former chairperson of the National Federation of Fishermen’s Organisations. Mr Locker says DEFRA secretary George Eustice should resign, and accuses politicians like Eustice, Gove and Johnson of betraying of fishing communities worse than before, because they “knew exactly what they were doing when they devastated coastal communities”.

UK Fisheries, owners of Kirkella, a modern freezer trawler operating out of Hull, complain that they have lost access to their main fishing grounds which they have used for decades, and they don’t know when, or even if, they will be able to fish off Norway again. They say the lack of an agreement with Norway threatens the end to English distant waters fishing.

This story was best captured in two headlines, a couple of days apart in the Daily Express, which can always be relied on to produce furious subtitles for all things Brexit:

Lochfyne Langoustines Ltd in Scotland tweeted to say they have been “stopped” from exporting to the EU and see no benefit whatsoever from leaving the EU. This is because they are not on the approved list of exporters to the EU of Argyll and Bute Council. The council was on holiday at the start of the week, preventing the company getting on the list. The fisherman in the video also doesn’t know where to get an export health certificate, which needs to accompany each load, or even how much it will cost:

SB Fish, exporters of seafood and vessel owners in the West of Scotland, tweeted a demand for accountability for the lies:

This comes on top of a report by the Financial Times in December, which highlighted that one Brixham fisherman was already “grappling with the paperwork required to sell into the EU single market after January 1 — paperwork that will be needed regardless of whether there is a trade deal” describing it as a “nightmare”. Ian Perkes said he had voted for Brexit but wishes he hadn’t, “I never looked at the implications of the paperwork. I was brainwashed”.

Mr Perkes now says he was “led down he garden path”:

In the interview with Martyn Oates, political editor at BBC South West, Mr Perkes says that if does manage to send product to the EU, it is normally by consolidated load or groupage where the haulier carries seafood products collected from a number of suppliers. If his paperwork has an error and the contents as a consequence are delayed at the border and spoiled, he could be liable for the retail price of the entire load – perhaps £150,000.

Now, Samways Fish Merchants and International Transporters Ltd of Bridport in Dorset add their voice, with a letter to all MPs in parliament saying seafood auctions, fishermen and businesses like theirs may be “forced to make a decision about the viability of trading whilst these complications remain”.

These are fishing communities from Scotland to Dorset and it seems none are happy with the deal, or with the politicians who promised so much in 2016.

Fishing is a tiny portion of the UK economy and it was always likely their interests would be traded off against other more valuable sectors, although it’s hard to see what advantages were gained elsewhere.

The fishing communities are right to feel aggrieved. That politicians would betray them is not a surprise, but to do it for so little is an even greater tragedy.

Forget back to normal – 2021 needs a new society