As an island we really have no excuse. But our border policy has been elusive, at best. The government’s responses are invariably too little, too late or subsequently get dumped or changed. The most recent response around border controls will take effect next Monday, 15 February, 382 days since the virus first appeared on our shores. 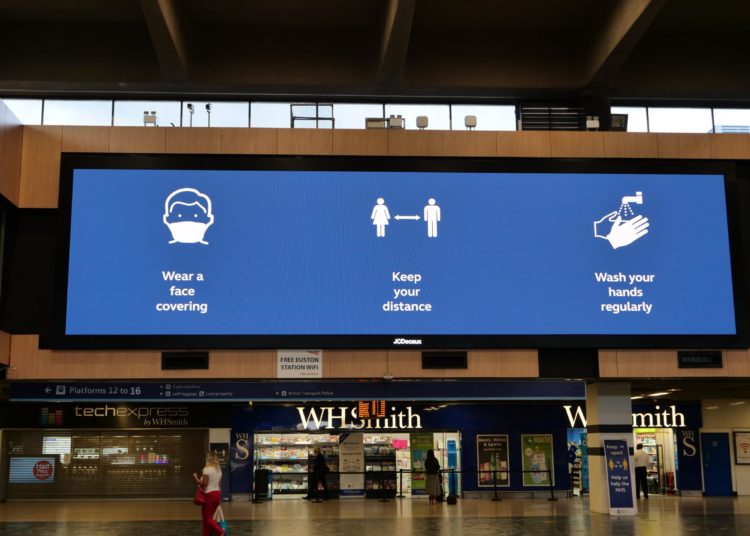 We have one of the toughest border regimes in the world, boasted the prime minister at today’s despatch box. This is a bold claim indeed given that, as Starmer reminded everyone at prime minister’s questions, the policy on our borders is changing every day.

Not only is it a bold claim, but it may be very far from reality. Starmer also highlighted the fact that Oxford research shows 33 countries have tougher border restrictions than the UK. “In fact, they say we’re not even in the top bracket of countries for border restrictions”, he cautioned.

The exchanged served as a reminder that Johnson is banking on most people – including politicians – having significant lapses in memory.

Last August, the home affairs select committee published a report on Home Office preparedness for Covid-19 (coronavirus) and management of the borders. The findings were damning:

“Evidence suggests that thousands of new infections were brought in from Europe in the ten days between the withdrawal of guidance and the introduction of lockdown on 23 March … failure to have any special border measures during this period was a serious mistake that significantly increased both the pace and the scale of the epidemic in the UK, and meant that many more people caught COVID-19”.

The conclusion was that some sort of border quarantine mechanism would be required for the foreseeable future. That was nine months ago.

On 3 December 2020, the all-party parliamentary group on coronavirus – having taken evidence from experts and members of the public – published the covid-secure UK plan. Chair of the group, Layla Moran MP, wrote to the prime minister and urged him to adopt the plan, or risk a third spike of the virus. The plan has three steps – control, suppress and eliminate. The first action on suppressing the virus reads:

“Ongoing enforceable testing & screening at all UK entry points, as well as post-travel requirements such as quarantine at regulated locations.”

The plan was spelt out in detail. It wasn’t hard. That was two months ago.

Fast forward to last month’s Independent Sage report on halting the geographic spread of coronavirus, which said there had been little focused attention on travel across national borders, and that it had taken the emergence of new variants to highlight the issue.

The group – scientists who are working together to provide independent scientific advice to the UK government – was clear that the existing system of voluntary self-isolation of international arrivals needed to be replaced as a matter of urgency with a managed isolation system which would ensure that the full period of isolation is completed without putting people at risk. Of utmost importance is prior agreement from the traveller that, on arrival, they will undertake a period of managed isolation under official supervision.

This is on top of numerous studies showing that countries with strong border controls alongside rigorous test, travel and isolate policies have had better success at controlling the virus. As US news notes, 13 of the 15 countries and territories currently reporting no cases of Covid-19 are islands and “likely experiencing the benefit of bordering only the sea. But their strict travel policies may also be responsible for the islands’ success, as other island nations and territories have not fared as well”.

As an island we really have no excuse. But our border policy has been elusive, at best. The government’s responses are invariably too little, too late or subsequently get dumped or changed. The most recent response around border controls will take effect next Monday, 15 February, 382 days since the virus first appeared on our shores.

From next week, people who travel to England from 33 high-risk countries will have to quarantine in government-designated hotels for ten days. The cost will be borne by the traveller – possibly £1,750 per person.

In a sign that the government is really floundering on how to tackle this, yesterday Health Secretary Matt Hancock managed to grab the headlines with the news that travellers failing to abide by these new rules could face a £10,000 fine.

A new “enhanced testing” regime for all travellers arriving into the UK will also start Monday and will cost travellers £210.

Yet what really should be a punishable offence, is that to date the government still hasn’t signed a single contract with a hotel for its quarantine scheme. If this is the best it can do with its latest wheeze on border controls, then god help us all. When it comes to our borders – for goods or for the virus – the government’s best really isn’t good enough.

“You know things are bad because a lot of ministers can be found fighting their way to TV cameras and radio mics to explain that actually the responsibility for the quarantine plan is Matt Hancock’s”.

The government has placed all its coronavirus eggs in one basket – mass vaccination. But with mass vaccination unlikely (the take up is low amongst some groups, and there are no plans to vaccinate the under 18s) this will not get us to zero-covid. In fact, this country needs three things – test, trace, isolate; rigorous border controls; and mass vaccination.

It also needs strong leadership, a united Cabinet and an effective communication strategy. In the meantime, we will no doubt have to suffer yet more of Johnson’s antics at the despatch box.