Today marks the second anniversary of Boris Johnson’s premiership. Let's review the promises he made in July 2019. 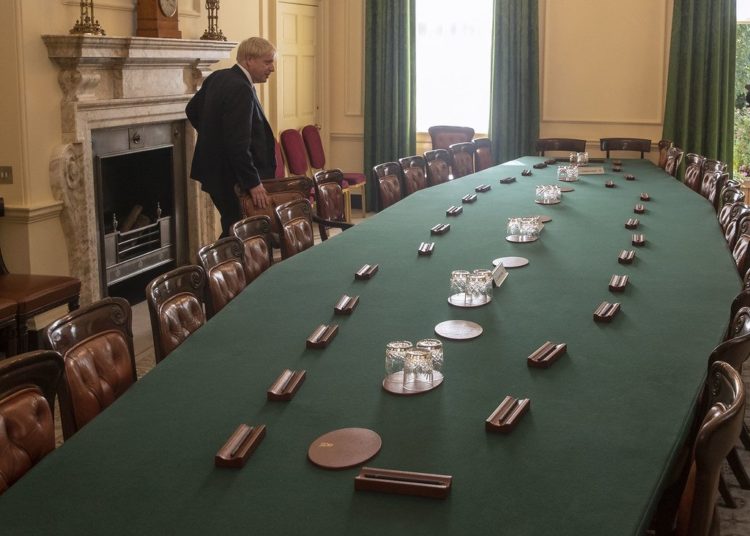 Given the claim by Labour backbench MP Dawn Butler that Boris Johnson has lied to the House of Commons and the country over and over again it seems only appropriate to mark the occasion by looking at promises made two years ago, and promises fulfilled.

The speech really should have warned us what was coming – flowery, combative, hyperbole and some fantastic promises to us, the people. It was also against a backdrop of a Brexit still largely unresolved in terms of what it actually was going to look like.

Brexit in 2019 gave Johnson some of his best lines:

“After three years of indecision that this country has become a prisoner to the old arguments of 2016. And that in this home of democracy we are incapable of honouring a basic democratic mandate. And so I am standing before you today to tell you, the British people, that those critics are wrong. The doubters, the doomsters, the gloomsters – they are going to get it wrong again.”

It’s also led to the wildest of claims that, “we are going to fulfil the repeated promises of parliament to the people and come out of the EU on October 31, no ifs or buts”. We all know now how that worked out: the UK finally left the EU on 31 January 2020 at 23:00 GMT.

For the time being, it’s best to skip over the promises of a Brexit deal that will bring opportunities and a new and exciting partnership with the rest of Europe because that just seems low point scoring. But please do send me examples of this to prove me wrong. After two years. And waiting.

Anyway as Johnson said in his speech the British people have had enough of waiting so let’s crack on and see what else he promised.

Promises for the public sector

First, there was the promise of more police. Always a vote winner. “My job is to make your streets safer – and we are going to begin with another 20,000 police on the streets, and we start recruiting forthwith”. According to a House of Commons research briefing so far only 8,771 police have been recruited (figures as of 29 April 2021). At this rate, the government may hit their target around December 2024.

Then there is the old chestnut of the NHS – loved by all and kicked around like a political football, especially at election time. Johnson claimed that work started “this week” (aka July 2019) with 20 new hospital upgrades. As we know, some pretty spurious claims have been made about NHS funding, usually on the side of a bus. By the time of the 2019 general election it was confirmed that the commitment was to upgrade six hospitals by 2025. Up to 38 other hospitals have received money to plan for building work between 2025 and 2030, but not to actually begin any work.

Social care has appeared on every leader’s pledge card since the year dot. It is also the hardest of nuts to crack – but that doesn’t seem to deter successive leaders making the grandest of claims. Johnson couldn’t resist going the extra mile by stating, “We will fix the crisis in social care once and for all with a clear plan we have prepared to give every older person the dignity and security they deserve”.

Two years down the line that has now been kicked into long grass of this autumn at the earliest.

Levelling up and austerity

No new leader is worth their salt if they don’t mention the other great pillar of the state – the education system. And to give Johnson credit, he has made some inroads into levelling up per-pupil funding in primary and secondary schools. But as the Education Policy Institute points out: “The primary pupil premium has in real terms lost 7 per cent of its value, and the secondary pupil premium 8 per cent of its value, since 2015”.

Austerity has cast a long shadow over public service delivery and Johnson is having to play catch up on the damage done by previous Tory administrations. He knows this and that is why so much of what he says seems to disregard who was responsible from 2010 to 2019. It’s hard as a new Tory leader to say all the problems I’m inheriting are actually due to the Tories. Which they are.

Johnson claimed he wanted to be the prime minister of the whole of the United Kingdom but now in 2021 it feels as though we have never been more disunited. Indeed the prospect of the breakup of the union is very real thanks to Brexit. The ‘awesome foursome’ of the union are more like a boy band that you just know are going to be doing their farewell tour soon.

Levelling up is a consistent theme with Johnson that was first articulated in this speech. Some two years later and the emperor’s new clothes are shedding at a rate of knots. There has been no flesh on the bones of how this is going to happen and the business, energy and industrial strategy committee report – published this week – on the levelling-up agenda was equally damning. The Guardian reported that MPs told the committee that, “the government needed to come forward with coherent proposals with more detail about the outcomes communities could expect from a levelling-up agenda”.

The business of Brexit

But Johnson always reserves the best seat-of-the-pants stuff when he talks about Brexit. It is a theme he returned to throughout this speech and it has come to define him as a prime minister.

Consider his grand gesture to all EU nationals that “under this government you will get the absolute certainty of the rights to live and remain”. And the sweeping claim that the “ports will be ready and the banks will be ready, and the factories will be ready, and business will be ready”. And perhaps the best one of all: “the extra lubrication of the £39bn” the UK will get from leaving the EU, which has in fact turned out to be the mother of all divorce bills that could cost the UK upwards of £41bn.

Let’s cut Johnson some slack. He’s had a pandemic to deal with (or not, depending on your perspective) and he has had a little local difficulty on his home turf with Cummings and stuff. But so has every other leader, and actually in other countries they are getting stuff done. They have food in their shops for a start.

Johnson has been winging it from the start. He says what he thinks people want to hear and so often he comes to believe it himself. There’s actually no evidence that he can deliver on any promises made and sometimes absolutely no substance for making the claims that he does. Any evaluation of the last two years shows that.

Is it lying? Possibly not. Is it deceitful? Yes. And it’s starting to catch him out.