Conservative backbench MPs are an unhappy group at the moment. 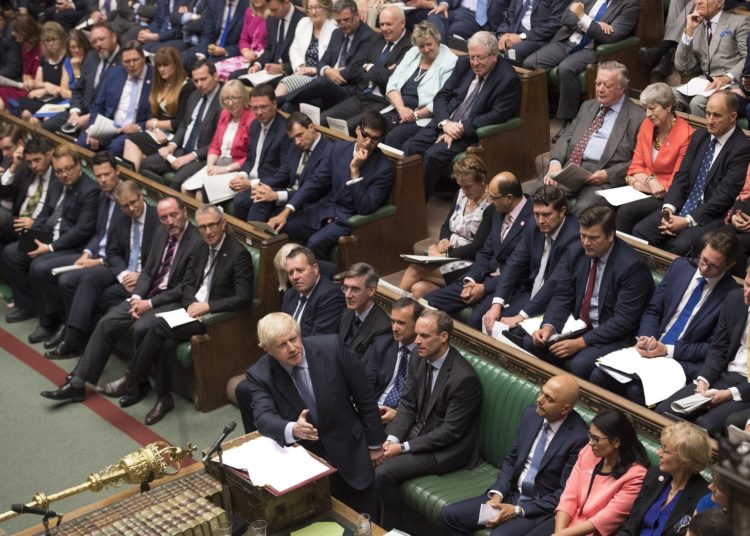 Conservative backbench MPs are an unhappy group at the moment. Number 10 is struggling to manage them and is seen to be ignoring their concerns.

When the Conservatives won an 80-seat majority in the 2019 general election this majority was widely seen to be impenetrable. The government, and therefore Number 10, would be able to pass whatever legislation and execute the policy decisions it wished with minimal stumbling blocks. But the politics of this have changed over the last few months, as Conservative MPs have felt increasingly unloved by Number 10, remote from the government’s policy development, and annoyed at decisions made by those in charge.

Conservative MPs feelings may stem from how Boris Johnson manages his party. As Katy Balls reports, when he won his 80-seat majority he wasn’t expecting to have to do much party management. To assert his authority, he has tended towards high profile expulsions. In September 2019, he booted 21 Conservative MPs from the party, including long-time Conservative grandees such as Ken Clarke and Sir Nicholas Soames, for rebelling against the government.

More recently, he employed the same tactic when he kicked Julian Lewis MP out of the party. The crime Lewis committed was to get himself elected as chair of the intelligence and security committee, instead of the preferred government candidate Chris Grayling. The government was already in hot water, for trying to subvert the committee’s power to select its own chair by applying pressure on the Conservative members of the committee to vote for Grayling. Grayling has a long history of ineffectiveness as a minister and was seen to be in the pocket of Number 10. Both of these factors raised concerns for the important and usually independent committee.

Meanwhile, Lewis has long held a key policy interest in defence, intelligence and security. He has military service, was the shadow defence minister, and was chair of the defence select committee from 2015 to 2019. He is also 68 and has been in the Commons since 1997. When MPs have been in post for as long as Lewis has, they tend to be less intimidated by the punishments available to whips and therefore more likely to follow their interests regardless of whether these align with the government of the day. Taking all these factors together, a Number 10 operation with a better understanding of its party would have predicted this outcome, thus avoiding an embarrassing defeat in the process.

The select committee affair is not the only occasion where better party management would have led to less embarrassment for the government. Mismanagement has led to outcries and rebellions from MPs, followed by U-turns from the government – with the U-turn on the A-level and GCSE algorithm being just the latest. MPs were angry about Dominic Cummings’ trip to Barnard Castle, have been annoyed about measures taken to tackle coronavirus, and have rebelled over the use of Huawei equipment in telecoms which resulted in one of the more recent U-turns. This frustration makes the 80-seat majority won in 2019 less solid and less useful in reality, than it appears on paper.

One of the most important skills in politics is an ability to count. In the current make-up of the commons, the number of MPs who vote is 639, as the Speaker and his deputies do not vote, and Sinn Fein MPs do not take their seats in the Commons. The Conservatives have 362 voting MPs plus Julian Lewis (who has consistently voted with the Conservatives as an independent) makes 363. There are 276 voting opposition MPs giving the government a working majority of 87. However, while this number sounds rock solid, every time a Conservative MP votes against the government it reduces that majority by two. The opposition needs to reach the magic number 320 to defeat the government. A rebellion of 44 Conservatives voting with the opposition suddenly eliminates the government’s majority and hands them a defeat.

In these times, finding 44 rebels is not as difficult as one might expect. On 23 June 2020 the government suffered its first defeat as 45 Conservative MPs voted against the government, passing an amendment tabled by Labour’s Chris Bryant to support the formation of an independent panel to deal with bullying and harassment allegations against MPs. These rebels included a wide range of Conservatives such as former prime minister Theresa May, sitting minister Penny Mordaunt, and 25 Conservatives first elected in 2019, eight of whom are “red wall” MPs including Miriam Cates for Penistone and Stocksbridge.

A government that understands and is in control of its backbenchers would have either been able to win the vote or have foreseen that a defeat was coming (due to the breadth of upset across all wings of the party) and climbed down before the vote to avoid a public defeat. A defeat like this, including quite a few new faces to parliament, does not demonstrate a Number 10 with an effective operation of party management. If Johnson continues to ignore his backbench MPs he may suffer further defeats.

Considering this is still early days for the government, with the election less than nine months ago, rebellions such as this are not only bad now, but may be bad later too. Once an MP rebels, they are more likely to rebel in future as the fear of punishment is diminished. If Number 10 continues to be deaf to the concerns of its own MPs then unlikely alliances may be made down the road as the MPs feel underappreciated and dislike the policy direction of their own government. Four years remain and the country is still in the midst of a pandemic and faces an uncertain Brexit future. The potential for further fall out between Number 10 and its MPs lingers.