The document is apparently dated 5 May and forecasts that Britain will have a £337 billion budget deficit this year. 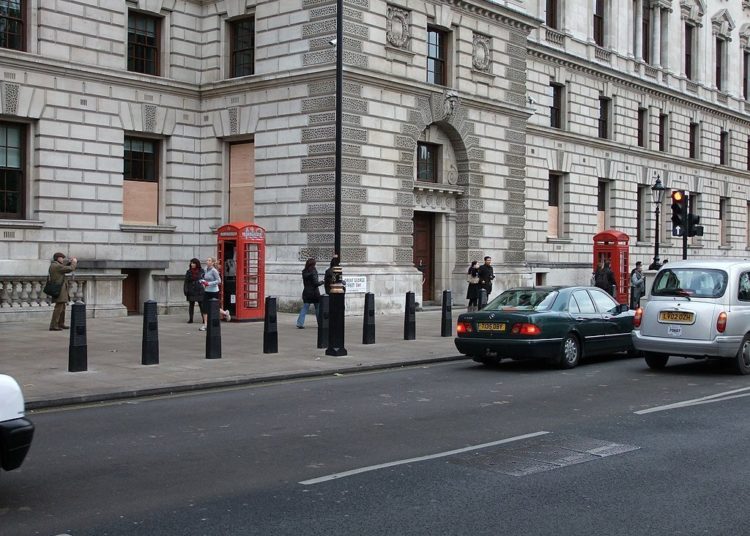 The Telegraph has got hold of a leaked Treasury document warning of a “sovereign debt crisis” unless the economy soon begins to recover from the seven-week coronavirus lock down.

On 1 April, a week after the lockdown was announced, Yorkshire Bylines ran an article: Coronavirus and Brexit: double austerity on steroids is coming up which now begins to look like an underestimate if anything.

The Treasury’s confidential analysis marked “official – market sensitive” estimates the crisis will cost the exchequer £300 billion this year and, says the Telegraph, could require “an increase in income tax, the end of the triple lock on state pension increases and a two-year public sector pay freeze.”

The document is apparently dated 5 May and forecasts that Britain will have a £337 billion budget deficit this year. This compares with the £55 billion forecast in Rishi Sunak’s March budget. At the height of the 2009/10 financial crisis the deficit was less that half this figure. Described as the “base case,” the document gives an indication of what the Treasury expected to happen at the beginning of the month.

The paper, owned by the Barclay brothers and consistently supportive of the prime minister, says that tax rises and spending cuts raising between £25 billion and £30 billion, equivalent to a 5p increase in the basic rate of income tax, would be needed to fund the increased debt. But yesterday Sunak announced an extension of the furloughing scheme for workers until the end of October, which will add even more to the amount of money required to keep the economy on life-support.

In a worst-case scenario, the deficit could reach £516 billion in the current year with a cumulative total of £1.19 trillion over five years. These figures are out of the economic stratosphere and would, the Treasury says, require annual tax rises up to £90 billion a year.

In the document, Sunak is apparently advised by officials that he may soon need to give a statement on how he will address the need for significant spending increases. But these measures could be delayed in the immediate term, to give economic recovery a chance. It suggests that the chancellor has already “indicated a preference for accepting a higher but broadly stable level of debt” after the crisis.

In the December election, the Tories made several key manifesto pledges, including a freeze on taxes and keeping the triple lock on state pension rises. The Treasury document advises Sunak that he may need to break one or more of these commitments.

“To fill a gap this size [in the public finances] through tax revenue risers would be very challenging without breaking the tax lock. To raise fiscally significant amounts, we would either have to increase rates/thresholds in one of the broad-based taxes (IT, NICS, VAT, CT) or reform one of the biggest tax reliefs (eg pensions tax).”

Adding that it would be “economically better to break the tax lock to achieve revenue of this scale than attempt to raise this level of revenue” and would also be “important to consider measures that support a growth friendly composition of tax (consumption/property taxes rather than taxes on income/profits)”.

“We should also look at opportunities for new taxes that could meet some of the Government’s broader policy objectives, raising revenue to relieve long-term fiscal pressures (eg an NHS/ social care surcharge or new carbon/ green taxes),” it adds. “A 1pc increase in the basic rate of income tax would raise around £5bn pa.”

Additional options for addressing the deficit include reductions in spending and welfare. The document outlines that a two-year freeze on public sector pay could generate savings of £6.5 billion by 2023/24, while breaking the pension triple lock would produce savings of £8 billion a year.

The most hair-raising part of the leaked document raises the possible but “plausible” risks of permanently higher levels of debt and a serious crisis similar to the 1976 bail-out by the International Monetary Fund.

Global and UK interest rates are currently at record lows, which has eased the pressure on the government finances (borrowing was £46.1 billion in 2019, equivalent to 2.1% of gross domestic product). The official assessment warns that a sudden fall in the value of the pound, or a spike in inflation, could send interest payments soaring as confidence in public finances disintegrates and investors shun UK debt.

The document adds: “In a worst-case scenario, this could lead to a liquidity crisis and ultimately a sovereign debt crisis.”

Confused about the lockdown lifting measures? Don’t worry, Hecate explains it all