Sheffield campaigner Jane Thomas reacts to the news that Transport for the North's budget has been cut by 40 percent. 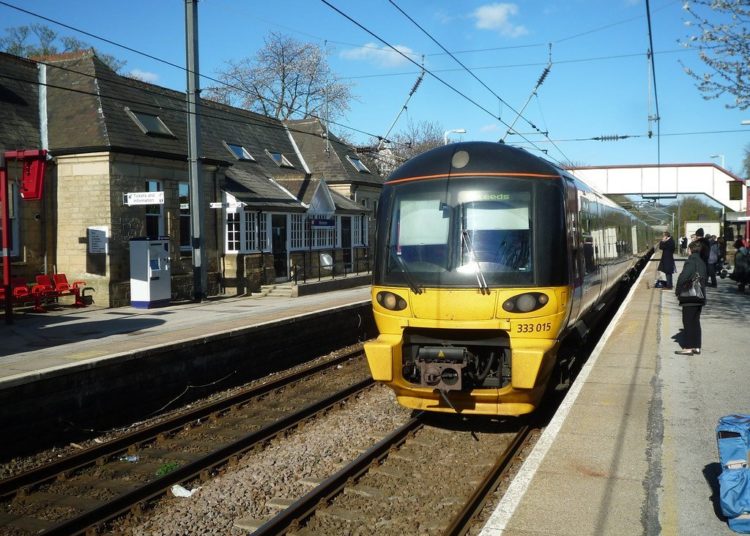 The government’s real intentions with the levelling-up agenda – and its commitment to devolution – has been exposed in the last few days and is found wanting. The announcement this week that Transport for the North’s (TfN) budget will be slashed by 40 percent is an indication that the governments levelling-up agenda is big on rhetoric but lacking in substance.

On 4 January, TfN received a funding letter from the Department for Transport outlining its budget for the coming year, to find a £4m reduction for core activities for 2021/22. One of the biggest cuts is to integrated and smart travel plans, that focused on the introduction of contactless payment across bus, light rail and rail across various parts of the region. Yesterday, the TfN board met to discuss a paper outlining the consequences.

The Financial Times reported that Northern mayors and council leaders expressed “concern at the impact that it would have on the ability of TfN and the North in general to effectively contribute to the ‘Levelling-Up’ agenda”. Barrie White, the outgoing chief executive of TfN was quoted as saying these cuts “will cause a significant scaling back of activity and lead to workforce reduction. In reality, this may mean a loss of key Northern roles at a time of wider economic upheaval”.

Faced with a funding cliff-edge for the third consecutive year, this raises huge concerns on the government’s long-term intentions in relation to TfN. Perhaps more concerning is just how seriously the government is taking the levelling-up agenda and how much attention they will pay to any real devolution of powers and money.

South Yorkshire Mayor Dan Jarvis pulled no punches in a press statement issued yesterday stating, “The government’s decision to cut the internal budget for TfN by a massive 40 percent is another serious blow to the credibility of their levelling-up agenda”.

“There is a real worry that this signals a diminishing ambition for the North, rather than pump-priming the region’s economic recovery. Establishing Transport for the North was a symbolic moment for devolving power to Northern leaders, one that fully supports the levelling-up agenda”.

Northern leaders as well as TfN have a right to be worried. This is much more than just about transport spend – although that in itself is vital to help stimulate the recovery of the North’s economy post Covid-19 and close the longer-term North-South output gap. There is a real question mark about the government’s commitment not just to the North – which appears to be paper thin – but to any genuine attempts to support devolution of powers anywhere.

Today Dan Jarvis was on the warpath, claiming that the government’s commitment to levelling-up is not matched by its spending plans. New figures show that key regional development funds – the Local Growth Fund (LGF) and the European Union Structural and Investment Funds – will be replaced by the Shared Prosperity Fund (SPF) and the Levelling-Up Fund (LUF). According to Jarvis, that means that in 2021, regional development spending through the SPF and LUF will be just £820m, compared with the £3bn on average from EU funds and the LGF.

This is deeply concerning. Increasingly the government appears to be taking its “taking back control” mantra too much to heart. Control increasingly seems to be executive control, with even parliament sidelined. The announcement by Grant Shapps last year of a new Northern Transport Acceleration Council, when TfN already exists, is a case in point. It has met twice, while TfN meets monthly. There’s a devolution dividend for you.

But in the end it is all about the money. Who has it and who controls it. If Jarvis is right with his sums – and there is no reason to believe otherwise – this should be a wake-up call to all metro mayors and council leaders. The slow creep of centralisation is gathering pace and they are sweeping up powers and money that should belong in the regions.

Recently, the Local Government Chronicle reported that the government’s devolution plans and promised white paper have been kicked into the long grass of autumn. The review of the business rates system and the fair funding of councils is delayed until at least next year.

And yet, as we have seen firsthand with test and trace, or rather the lack of it, and with the roll out of the vaccination programme, the real ability to deliver for people on the ground is NOT a top-down central-government-controlled initiative. It is local authorities and their partners, the combined authorities and the relationships they have, that make things work – and that deliver.

If the government does not get this and does not support this through proper funding of local authorities, and through deeper devolution and trust and respect for those of us up here in the North, the levelling-up agenda will never happen. Our future growth here in the North will be jeopardised, and ‘build back better’ will forever remain just be an aspiration.

Let’s do away with food banks