As EU trade talks reach an impasse, Johnson must finally step up and take responsibility for his own Brexit mess 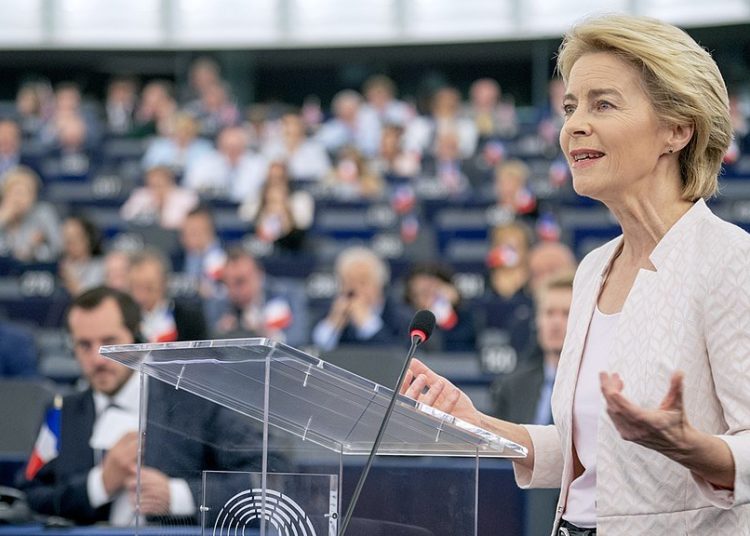 European Parliament from EU, CC BY 2.0, via Wikimedia Commons

The two chief negotiators released a joint statement yesterday, announcing that “conditions for an agreement are not met, due to significant divergences on level playing field, governance and fisheries”. Talks are now paused while President von der Leyen and Prime Minister Johnson are briefed. They are expected to discuss the state of play later today.

The FT this morning reports that Charles Michel, president of the EU Council, has said, “The British side needs to say ‘yes’ or ‘no’, the member states need to say ‘yes’ or ‘no’”. It looks as if he is ruling out significant changes and telling Boris Johnson to take it or leave it.

Deadlines have ceased to be taken seriously, but there is little doubt this weekend is crucial. James Forsyth predicted in an article for The Times on Thursday that a Brexit deal is looking likely by Monday.

I am inclined to believe Mr Forsyth. No journalist is better connected. His wife is Allegra Stratton, Chancellor Rishi Sunak’s spokesperson and shortly to become the government’s press secretary. Stratton is also friendly with Johnson’s partner Carrie Symonds. They blocked the appointment of Lee Cain, who resigned last month triggering the dismissal of Dominic Cummings.

How deliciously fitting it is – and worrying for the ERG – that after almost five years of truth twisting and obfuscation, the final concessions on the UK’s red lines are to be made by the slippery charlatan who bears most responsibility for the unholy mess that we find ourselves in. Decisions he makes this weekend will be pivotal to his future and that of the Tory party, not to mention the rest of us.

To appreciate what a difficult spot the PM is in, this article by Robert Shrimsley is a useful starter: Betrayalism is dragging down Boris Johnson.

Shrimsley argues that the Tory party is full of purists and absolutists who can never be tainted with a hint of compromise or political reality on Brexit – think John Redwood or Bill Cash – or many other things for that matter, and who can always be relied upon to accuse the leader of selling out or failing them.

Modern-day Tory MPs have in recent years reversed the first world war military doctrine: troops now order the generals over the top to face withering fire from the weapons of their own side.

The awkward squad are spurred on, Shrimsley says, “by right wing outriders with their own self-serving agendas – from Nigel Farage, the Brexit party leader, to a Tory press vilifying scientist. Many are sure to pop up soon to denounce a Brexit trade deal”.

And denounce it they will. I think we can say with some certainty that if the EU approve the deal, the ERG will not, and vice-versa. In fact, the ERG will reject it precisely because the EU might accept it.

The prime minister will finally have to make the call which has dogged Brexit since the referendum. How close will we be to the EU when the transition period comes to an end? Is it to be deal or no deal?

Britain gave up the rights and obligations of a member state on 31 January 2020. The last few months have been spent negotiating our way back into as many rights as possible, while consistently deluding ourselves that they would come without any obligations.  This is the circle that can never be squared.

You want tariff and quota-free access to the single market? Fine, but you must play by our rules.

By deliberately choosing to ask for a ‘thin’ deal, I assume Johnson was hoping the UK could somehow avoid becoming a vassal state, forever stuck in the EU’s regulatory orbit. That hasn’t worked. As Barnier has made clear on multiple occasions, any free trade deal, thick or thin, will require what the EU have always referred to as robust level playing field conditions. Ursula von der Leyen and the leaders of the EU27 are not about to concede on that.

Nor will they give ground on governance – the ability to retaliate if Britain fails to comply with the obligations agreed. The UK internal market bill has been instructive on that score. An own goal if ever there was one.

In fact, Johnson himself signed up to negotiate robust level playing field conditions in the political declaration (paragraph 77), although he and David (now Lord) Frost quickly reneged on that, as you can see from our chief negotiator’s provocative Brussels speech in February.

The no deal option, so prized by the ERG, is likely to wreak havoc with manufacturing in the so-called red wall seats according to several authoritative studies. It would set one Tory faction, the NRG (Northern Research Group) against another, the ERG. It may precipitate a split in the party.

The nation will never forgive Johnson for leaving the EU without a deal, and the Tory party won’t forgive him if he signs up to one which includes any reference or linkage to a level playing field and leaves the UK looking like a vassal state.

Either way, Johnson can’t win. It is time for clarity on Brexit.