Just when you thought it was safe to go back to the shops in a face mask, Brexit is back with a vengeance (not that it ever went away). 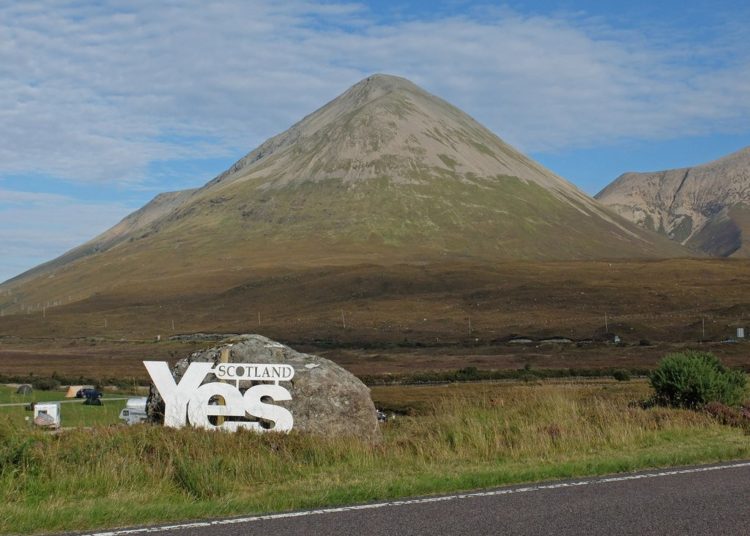 Photo by John Allan is licensed under CC BY-SA 2.0

The government will publish legislation on Thursday that will form the foundation of the UK’s ‘internal market’ when the Brexit transition period ends on 31 December 2020.

This ‘mutual recognition’ agreement is designed to ensure the free flow of goods within the UK. The white paper means that the devolved nations must continue to accept goods and services as negotiated by Westminster. The government says that this will enable it to seek new post-Brexit trade partners and make new trade deals on behalf of all the nations of the UK. But the UK is entering new territory when it comes to trade negotiations, having not completed its own for many years. Add to this the current relationship between Westminster and the devolved nations and you quickly realise it will not all be plain sailing.

The main problem is that not all the nations of the UK will necessarily accept Westminster’s standards on food, the environment and animal welfare. Devolution, differences in attitudes to Brexit and different visons of our place in the world all play a part in how the new trade bill is being received. Trade Justice Scotland Coalition – who describe themselves as a coalition of Scottish trade unions, campaign organisations and local activists campaigning against unjust trade deals – state as their number one aim:

“Trade policy and trade negotiations should begin with, and continue to create, opportunities for meaningful consultation with the public, with the UK Parliament, and with the devolved administrations.”

Caroline Lucas writing in the New Statesman in May warned that post-Brexit trade negotiations are happening in secrecy with very little scrutiny from MPs in parliament. She said:

“Instead our post-Brexit trade talks are taking place behind closed doors and in secrecy. The key documents from a US trade deal won’t even be published until five years after the deal has been signed.”

British farmers are also concerned. The National Farmers Union president Minette Batters wrote to MPs ahead of the second reading of the trade bill in the House of Commons, urging MPs to safeguard British farmers from cheaper imports. She said this was a “make or break” moment for British farming. Batters is concerned that the high standards in British farming will be lost in future trade deals that the government makes and that many British farmers will be forced out of business, unable to compete with cheap imports from abroad. A trade deal with the USA may force us to lower our standards and accept chlorinated chicken and hormone saturated beef.

The concern about a possible deterioration in standards has now reached the highest levels in government in Scotland. Mike Russell MSP, Scotland’s constitution secretary, wants legislation to be introduced so that the role of devolved governments in trade talks after the transition period will be enshrined in law. He warns that a post-Brexit UK-wide internal market will put Scotland and Wales on a collision course with Westminster. Support for Scottish independence already sits at 54 per cent; during the Scottish Independence referendum in 2014 only 44.7 per cent supported independence. Polling expert John Curtice said in the Sunday Times that, “never before have the foundations of public support for the Union looked so weak.”

On 12 June, Nicola Sturgeon and Mark Drakeford, first ministers of Scotland and Wales respectively, wrote to the prime minister to request an extension to the Brexit transition period to complete negotiations and support businesses through recovery from the coronavirus pandemic. This extension was not forthcoming. In her letter, Sturgeon was clear about the stakes of Westminster imposing its new deals on Scotland and the other devolved nations:

“This would be a full scale assault on devolution, a blatant move to erode the powers of the Scottish Parliament in key areas.”

It is common knowledge that there is no love lost between the British prime minister and the first minister of Scotland. Following the covid crisis and Sturgeon’s public threat to quarantine visitors to Scotland from England, the relationship between the two leading politicians in the UK seems to have been on a downward spiral. The contrast in their handling of the covid crisis has been marked and the results speak for themselves: Scotland is now almost covid free, having reported no new deaths after a positive coronavirus test for the last seven days; England reported 136 deaths yesterday (with two deaths in Wales and none in Northern Ireland).

Johnson’s opinion of Sturgeon is not great. According to former Tory minister Claire O’Neill, Johnson called Sturgeon “that bloody wee Jimmy Krankie woman”, said she would only be given an official role at the United Nations climate summit in Glasgow later this year “over my f***ing dead body”, and threatened to move the talks to England.

Comments such as these certainly won’t help develop the relationship, nor will blatant threats to try to relocate major international summits. Brexit is and always has been an English nationalist project. Devolution has given the Celtic nations of the UK greater control over their own destiny and a national unity at a time of national crisis. There has been no equivalent feeling in England.

Brexit is the beast that has evolved from within the Conservative Party to stave off the rise of the far right. David Cameron dismissed UKIP in April 2006 as a bunch of “fruitcakes and loonies and closet racists”. He just didn’t get it and he paid the price. Now the world has changed. Johnson owes his rise to power to the very people that Cameron once so lightly dismissed. He sees himself as a latter-day Churchill, internationalist statesman and benevolent victor of all he surveys. This is not a view held in all four corners of the United Kingdom.

Nicola Sturgeon is well respected in Scotland. She has had a good covid crisis and comes across well on television. She faces re-election in May 2021 at the latest and is expected to win another five years in power. This does not bode well for the prime minister. He would do well to remember that for many Scots, Brussels was not the source of enmity but rather the source of investment in Scotland’s people and infrastructure that Westminster had failed to be. He had best start treating “that wee Jimmy Krankie woman” with a bit more respect.

If not, she may yet be his nemesis.

Charlie is a writer who lived for many years in North Yorkshire before moving back to Scotland. Originally from Glasgow, he lived in the North of England for most of his life. Before becoming a writer, Charlie was a science teacher. His areas of interest include politics, the environment and education.