What do accusations of bribing the UN, striking NHS workers, and Tory donors have to do with the latest government procurement scandal? 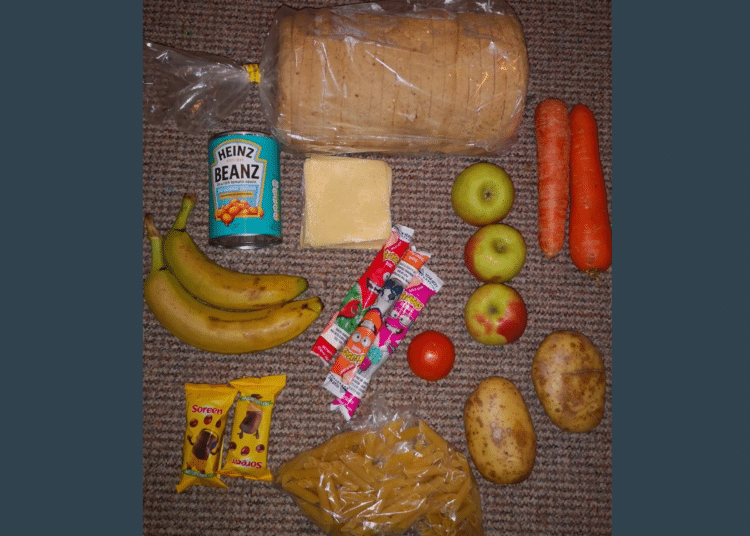 By now, most of us are familiar with government’s mismanagement of public money during the pandemic. Ineffective procurement processes have led to the outsourcing of £10.5bn contracts without competitive tender, to companies owned by Conservative Party donors and the relatives of MPs, often with little experience in the field of providing these services.

So far, these processes have led to the disastrous Serco Test and Trace system (£410m), 6 million undelivered sets of PPE for NHS workers (£108m), and consultants from the Boston Consulting Group being paid £7,000 a day, to help the government deliver its test and trace system.

It is thus unsurprising, but still shocking, to see this repeated once again. With pictures emerging online of scanty supplies delivered to children in place of £30 school meal vouchers, social media users quickly began adding up the value of exactly what was being provided.

Using prices from ASDA, one observer noted that she could have bought all of what had been delivered in the alleged £30 “hamper” for £5.52. Given the access that these suppliers have to bulk purchasing, the reality is that the parcel could have been cost even less to those who put it together.

As the outrage at this failure spread online, details quickly emerged that these meals had been provided by a government-hired contractor.

The contractor in question, Chartwell UK, is part of Compass Group plc, a multinational food service provider based in Chertsey, Surrey. Compass Group plc’s chairperson up until 1 December 2020, Paul Walsh, is a Conservative Party donor who sat on David Cameron’s business advisory group, and whose former company, Diageo ltd, is alleged to have underreported its profits to minimise its tax.

Compass already has a number of government contracts, including via one of their subsidiaries, Medirest. This particular brand has also had a degree of bad press, after cleaning and catering staff went on strike in 2010, demanding back pay that had been owed to them since 2006, and in 2019 over “poor wages and what they say is overbearing management and heavy workload.” In fact, a Google search of this company reveals that Medirest staff are often on strike in one part of the country or another.

Another subsidiary of Compass Group is Eurest Support Services, who were embroiled in allegations of corruption after receiving confidential bid information to supply UN peacekeepers in West Africa. Andy Seiwert, a senior executive at Eurest, was accused of meeting with a member of the UN procurement department Alexander Yakolev, who later pled guilty to corruption charges. Another UN diplomat, Vladimir Kuznetsov, was accused of receiving $1m in bribes from groups including Compass, and was later found guilty of other charges relating to the case.

It will take freedom of information requests to figure out how competitive the tender was for Chartwell UK to win the contract to supply free school meals. However, whether or not it was granted fairly, or fast-tracked, this has shown once again the failure of the government’s procurement process.

While Conservative MPs like Ben Bradley may view meal vouchers as “a £20 direct debit to a crack den or a brothel”, research from the University of Oxford shows that direct cash transfers to those in need are primarily spent on food.

The government could have done something easy and popular, and used the tools at their disposal, like universal credit, to increase the amount of money going to families. Instead, their seemingly unfounded fears of ‘scroungers’ using this money for anything other than food has led to a wealthy private contractor making what appear to be considerable profits at the expense of those most in need.

The Conservative Party needs to set aside their unsubstantiated fear of the poor misspending taxpayers’ money, and to take a look at the vast sums being filched off the taxpayer by their own friends and family.

“Specialist catering right there, a steal at £30”

“Specialist catering right there, a steal at £30”