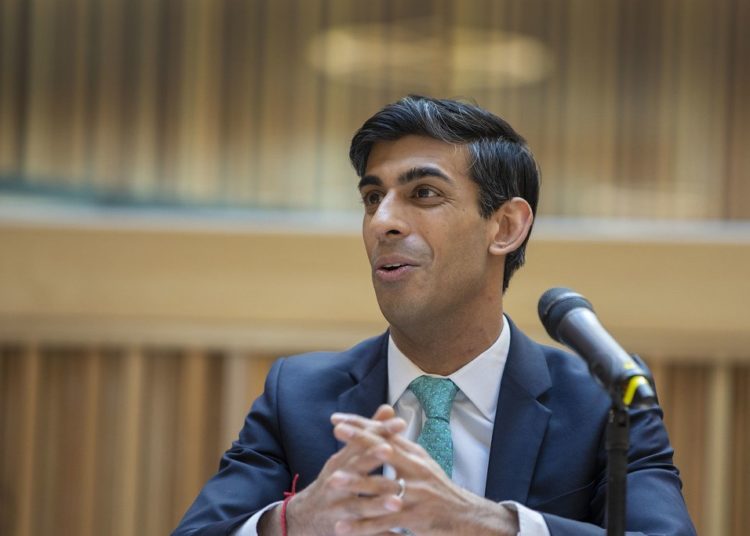 Nothing to see here, apparently

There’s an old story concerning a cranky reviewer whose opinion of a certain book was that its only faults were the front cover, the back cover and everything in between. Now, that would be too harsh a summary of Michael Ashcroft’s new biography of Yorkshire’s own chancellor; the cover isn’t actually that bad.

In Going For Broke, Ashcroft sets out to detail the ascent of Rishi Sunak to what is, now that Dom Cummings has taken his cardboard box home, the second most important job in Downing Street.

Ashcroft insists that, “Sunak has proved to be a fascinating subject” and that he is delighted to relate “the incredibly eventful first four decades of his life”, but the truth is this book makes ditch-water look exciting. There is next to no narrative arc, while insightful revelations are equally limited. Frankly, it’s difficult to be excited by the discovery that Sunak is a ballroom dancer who keeps an eye on how Southampton FC are getting on.

Even the book’s title feels like the first cliché that popped into the author’s head. It’s certainly well-worn having being wheeled out umpteen times, notably for a film about a compulsive gambler who loses everything, an expose of the fiscal policies that brought down Barings bank, and an episode of the Basil Brush show. I have been unable to establish which of these inspired the author’s choice.

In previous biographies, Ashcroft has shown that he is capable of unearthing noteworthy points on his subjects, famously alleging that while at Oxford, David Cameron developed an unusually strong attachment to pigs. But in this volume, potential controversy is almost entirely ignored, leaving the reader to trudge through a torpid account of what the author tells us is a career built on hard work and impeccable character.

The early chapters are at least promising. We are given some detail concerning Sunak’s ancestry, which includes a grandmother so determined to build a new life in the UK that she sold her jewellery to fund a no doubt arduous journey from her native Tanzania, thus becoming the sort of courageous, ingenious, economic migrant that current government policies would label illegal.

As for the rest, we are told little that could be considered unusual for any Tory cabinet minister. Sunak has trod an entirely conventional path to the Treasury, even if he has skipped along it at a spritely pace. An absurdly expensive school, followed by a degree in politics, philosophy and economics at Oxford and a stint in the murky world of hedge funds, has endowed him with wealth, privilege and all the important connections those things bring with them. Of course, marriage into one of the richest families in India doesn’t hurt, but hey, you can’t choose who you fall in love with.

However, in seven months of research Ashcroft apparently found nothing in this backstory worthy of critical scrutiny. Ignoring the opportunity to examine possible controversies seems short-sighted, and when the author gushes about Sunak’s “huge intellect, ferocious work ethic, good political judgement and great interpersonal skills”, it’s hard not to conclude that this myopia is self-inflicted.

Among the issues Lord Ashcroft could have taken a peek at are a partnership in the extremely aggressive and misnamed Children’s Investment Fund (TCI), which encouraged the Royal Bank of Scotland’s disastrous purchase of Dutch bank ABN Amro and so led to a £45bn taxpayer-funded bailout at the start of the financial crash. Sunak went on to help start the Theleme Partners hedge fund with an associate from TCI, who was later ordered to hand back £8m in tax he had avoided paying.

Then there’s the lack of clarity concerning the blind-trust the chancellor uses to ensure his fortune is well invested, his dismal voting record, his role in pushing his party towards Brexit and even dark rumours that an obscure change in tax rules has benefited Infosys, his family business.

What is beyond doubt is that Sunak is extremely well connected. Best man at James Forsyth’s wedding (editor at the Spectator) the chancellor provided a convenient advisory position for his partner Angela Stratton, allowing her leap from TV news presenter to government spokesperson to be obscured by a diplomatic six months. The Treasury also found room for Richard Sharp, Sunak’s old boss at Goldman Sachs, to fill the unlikely position of covid loans advisor. Sunak was happy to accept all the Cummings’ appointees that Sajid Javid refused to stick around for, and his own incredibly efficient PR team is fronted by Cass Horowitz, co-founder of Clerkenwell Brothers who rescued the Tory’s social media in 2017.

The chancellor’s biographer might have wondered if some of these connections helped, against the odds, to parachute an inexperienced Sunak into the safest Tory seat in the country. Instead, he trots out the party-line that it was a straight-forward selection despite contemporary reports of resentment among local activists and a “very acrimonious constituency battle”, with a lot of hostility to an outsider.

Much of the media enjoy employing lazy characterisations of the country’s first Hindu chancellor. We’ve had The Maharaja of the Dales and The Disney Prince Tory and the BBC even pictured him as an Asian Superman before a rapid rethink. To his credit, Ashcroft avoids most of these tropes although, in one incongruous passage, he congratulates the young Sunak for balancing “two ways of life” at the weekend by watching football and attending temple, as if being Asian and liking sport were somehow incompatible.

At the virtual book launch, hosted by Paul Goodman of the right-wing blog Conservative Home, the impression that we were witnessing an attempt to anoint the next PM increased by the minute before culminating in a video compilation of Sunak’s best moments complete with rousing soundtrack. We were also treated to several digs at the present incumbent. If Ashcroft’s description of Sunak as someone who “comes across as supremely competent at a time when competence is at a premium” lacked subtlety, calling Johnson one of the “previous leaders” as if he’d already resigned, was surely just unintentionally clumsy.

It’s worth noting that this is officially an un-official biography, with Sunak’s team keeping the author’s researchers at arms-length. Perhaps they were wary of the sort of relationship that proved so dangerous for William Hague, Sunak’s predecessor as MP for Richmond, when it was disclosed that Lord Ashcroft used his secretive non-dom status to avoid paying millions in UK taxes.

When asked if he had enjoyed the book and Ashcroft’s assessment of him, the chancellor’s office was equally careful, telling me that, “Given how busy he has been recently, I’m not sure he has had time for extra-curricular reading!”

Going for Broke: The Rise of Rishi Sunak is available from Biteback (£20)