Businesses in the UK are being urged to prepare for Brexit, but the misinformation peddled by the leave campaign in 2016. 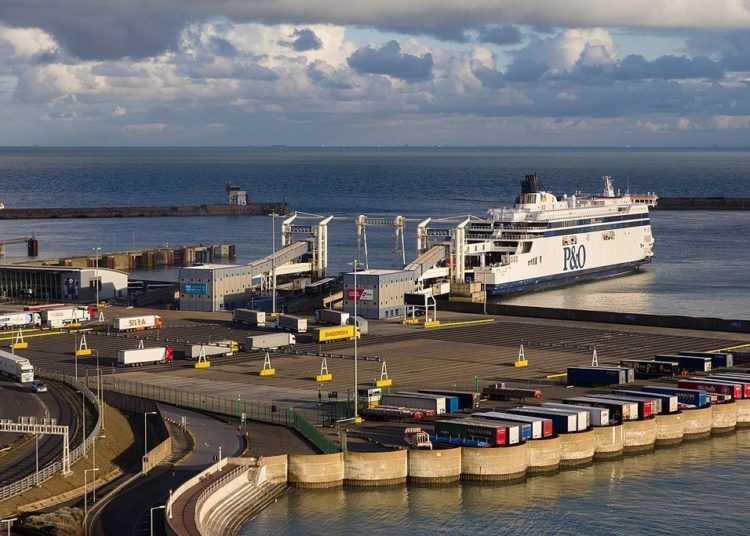 Businesses in the UK are being urged to prepare for Brexit, but the misinformation peddled by the leave campaign in 2016 and since, is making the government’s task that much harder.

Soothing words from the prime minister claiming we will “prosper mightily” after a no-deal Brexit, have led many to think that trading on World Trade Organization (WTO) terms will somehow be a good thing and it follows therefore that agreeing a deal will be even better. It’s logical isn’t it?

Unfortunately, this is something many businesses battling to survive during the pandemic seem to have accepted, but it is simply not true. A no-deal Brexit would be extremely damaging (for some sectors like cars or agriculture it’s existential), but a thin trade deal is only slightly less damaging.

Some companies are still under the impression that a deal of some sort will be cobbled together at the last minute and the near £1 trillion annual UK–EU trade will, after the transition period ends, continue as before. This will NOT happen UNDER ANY CIRCUMSTANCES. Even if a deal is concluded in the next couple of weeks, huge changes are coming in January.

As the government’s own statement on Wednesday put it:

“It is essential now that UK businesses, hauliers, and travellers prepare actively for the end of the transition period, since change is coming, whether an agreement is reached or not”. [Our emphasis]

A deal will avoid tariffs and quotas, but all the non-tariff barriers (known as NTBs) which contribute to border delays will apply and will be permanent. The table below helps to explain the point:

These NTBs relate to customs checks, safety/security declarations and regulatory checks that are an unavoidable consequence of leaving the single market and the customs union. This means that disruption and queues at the border, with probable shortages of some fresh produce and medicines, will occur regardless of whether a deal with the EU has been agreed.

It has been suggested that a no-deal Brexit would mean falling out of “regulatory alignment” with the EU overnight on 31 December 2020, and it is somehow this which would lead to disruption and queues at the border. But this is also wrong. The bizarre truth is that in January (or later if another implementation period is agreed), we will be perfectly aligned with the EU27, but with near maximum friction and hence, inevitable border delays and queues. How so?

“The Single Market is much more than a free trade zone. It is an ecosystem that Europeans build together every day, with: common laws and regulations; common rights and standards for workers and consumers; common standards for the environment; common supervision mechanisms; and, on top of this, a common jurisdiction: The Court of Justice of the European Union”.

Whatever happens in the current trade talks we will, as of 1 January and for as long as we make no changes to the relevant laws – perhaps in some cases forever – be in perfect alignment with the first two items. Parliament has effectively transferred the whole of the acquis communautaire (all EU laws) into English law, which comes into force at one second past 11 o’clock on December 31 (or later if an extension is agreed). So, in terms of regulatory alignment, nothing will appear to change for people in the UK.

This is where the problems arise (and they are big problems). Because when the UK left the EU and its single market and customs union, we stepped outside the EU’s market surveillance mechanisms and beyond the reach of the ECJ. Once the transition period ends, the effect of this will happen regardless of anything that might be agreed in the trade talks – whether or not there is a deal.

A manufacturer inside the EU is subject to checks at his or her factory and expects imported goods to be treated in the same way. But since the EU cannot make inspections at a UK factory after Brexit, they must therefore be carried out at the border which creates friction and delays.

All of this will apply even if we secure a deal and will cause disruption, delays and queues at the ports. On top of this, without a deal the EU importer will also have to pay tariffs on some goods and there may be a limit (a quota) on the amount brought in.

Someone once said you can think of the single market as a walled city. Inside, the authorities can easily inspect your production facilities to check you are complying with the law. If you think someone else is cheating, you can apply to a court in the city.

Brexit means we have voted to leave the walled city. But the downside is that (a) the inspections are now made at the gate or the border, not the factory and (b) a person inside the city must accept legal responsibility for anything they decide to bring in. The goods may meet all the EU standards but that makes no difference to the need for checks because you are beyond the reach of the ECJ.

You may note I haven’t yet mentioned mutual recognition of national standards. This is something needed to make the single market work for goods for which there is no harmonised community standards (and there are a lot). EU member states recognise each other’s standards as safe and do so because they come under a common jurisdiction. This is not a privilege that extends or could ever extend to a third country.

Hence, a British manufacture of a non-harmonised good (such as foodstuffs, furniture, or precious metals for example) which hitherto was automatically accepted anywhere in the EU, will need to meet up to 27 different EU national standards as of next year. For some, this may come as another huge shock.

Other dangers – with or without a deal

Campaigners rightly say that a no deal outcome would cause severe economic damage and disruption and would lead to a recession. But by focusing on a no-deal outcome, the implication is that a deal will in some way avoid these things.  A deal will help to mitigate the worst effects for some sectors but will not prevent economic damage or disruption to supplies. These consequences are unavoidable, whatever happens.

People have also suggested that a no-deal Brexit would be a risk to the 1998 Good Friday Agreement (GFA) but this is also false. The withdrawal agreement was designed to be an ‘all-weather’ solution to protect the GFA under all circumstances. Whether there is a deal or not should have no impact. It is irrelevant. But we already know the UK is planning to renege on this agreement.

Without a doubt a no-deal outcome will be hugely damaging to the UK. But be under no illusions, whatever deal we agree, many of these damages are already baked in. It puts a new twist on that oven-ready deal.

Finally, I end with a tweet from Tom Hayes, executive director of BEERG, Brussels European Employee Relations Group, from June this year, which I think sums it all up:

Brexit means borders and borders need permission to be crossed – whether people, goods, services or data. Permission costs and comes with consequences. The Brexit fiction always was that the UK could build borders at no cost and with no consequences. We’ll see on 1/1/2021.