The UN Day of International Democracy prompts the question of how to tackle global issues, as well as national inequality. 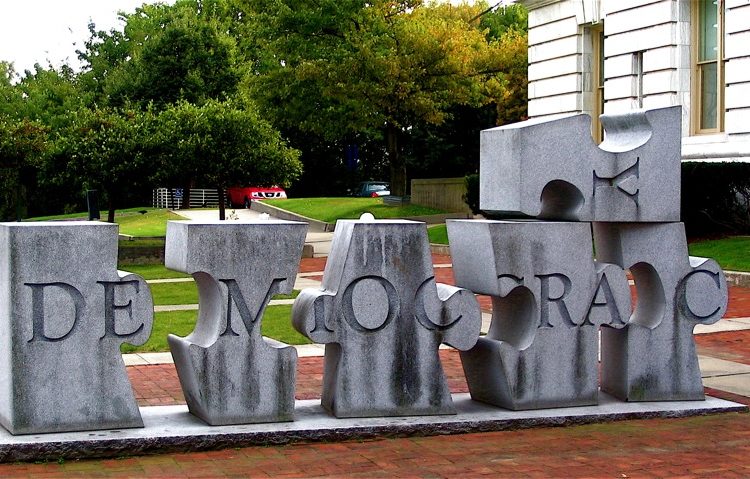 Do we ever think about our democracy? Today – the United Nations Day of International Democracy – Antonio Guterres, United Nations Secretary General, invites us to do just that. He wants us all to think about the role democracy plays in our lives and its importance in delivering the kind of society we want. Although there is no single definition of democracy, we may recognise common features such as freedom of speech and free and fair elections, generally known as ‘one person one vote’.

Guterres delivers a clear message about the need for countries to strengthen their democracy as we struggle to emerge from the effects of the pandemic and keep watchful eyes on the developing situation for women in Afghanistan. He calls for global justice, increased equality, and better access to education and health provision, including access to vaccination. He stresses the role of government in bringing about free and fair elections to ensure that governments have the consent of the people.

Democracy deficits in the UK: our election system

Many consider elections in the UK to be undemocratic due to our ‘first past the post’ voting system, which is seen as unfair because voters can only vote for one candidate. Not only does this mean that votes for unsuccessful candidates are simply lost, but it also often results in the winning party gaining less than 50 percent of the vote.

Guterres suggests true democracy requires the participation of everyone to vote, but in the UK, a 63 percent turnout is considered good. Supporters of proportional representation (PR) say PR encourages voter participation because voters can vote for the party of their choice. This leads to greater equality because more parties gain seats in parliament representing the views of more voters. Opponents say the system is too complex, but PR is used successfully by the devolved nations and in many local elections, with voter turnout in Scotland at the 2019 general election the highest of all the countries of the UK.

Now, the government has introduced the new elections bill, which further threatens our election democracy. The bill intends (among other things) to introduce mandatory ID photographs at polling booths (at a cost of £180m), which according to government figures could disenfranchise over two million voters, thus interfering with the one person one vote principle. The government says this is necessary to prevent voter fraud, but according to the Guardian the prevalence of voter fraud is low in the UK with only one conviction and one police caution in 2019. The Labour Party along with other parties have called this ‘voter repression’ and an assault on democratic rights.

Democracy deficits in the UK: inequality

Antonio Guterres talks about the role of equality and human rights as “fundamental to democracy”. The Equality Trust agrees, suggesting that economic inequality leads to lower levels of political engagement and an unwillingness to engage in community activities such as engagement with political parties. Inequality can lead to social isolation, it can divide society, reduce trust in politics and encourage an ‘us and them’ attitude. In reference to US politics, the Equality Trust states that the longer right-wing parties spend in office the higher the level of inequality and the lower the level of political involvement and democracy.

The future of democracy in the UK

If democracy is to thrive in the UK, the government must reconsider the implications of their parliamentary bills – the Election Bill will not only threaten to disenfranchise voters but has other anti-democratic implications as well.

A further threat comes in the form of the Police Bill, which will restrict the democratic right to peaceful protest, thus limiting opportunities for what Antonio Guterres describes as “genuine participation in decision-making”. Attempts by governments to silence people’s voices by restricting their “civic space” in this way are, he says, an “impediment to creating healthy societies”.

From the evidence of these proposed changes, it seems that our government would prefer to place power into the hands a few influential politicians rather than in the hands of citizens. This goes against everything in Antonio Guterres’s message to the world on the International Day of Democracy.

The world today faces many challenges, from climate change to the pandemic from gender and minority-based violence to increasing tensions in the world and the rise of the extreme right wing. We need democracy and equality, justice, health and education for everyone and above all, politicians to put the needs of people first before profit and political ideology.