Scotland’s a small country, both in terms of its economy and population, though it’s big in ambition and vision. 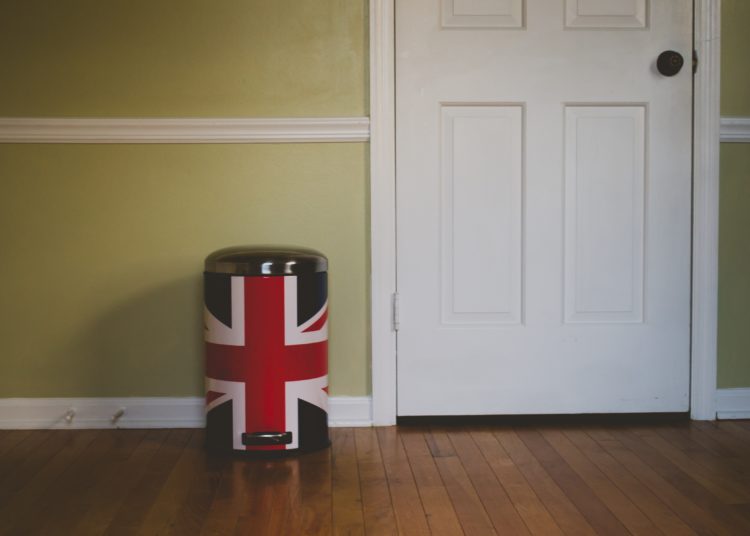 Photo by Steve Johnson on Unsplash

Scotland’s a small country, both in terms of its economy and population, though it’s big in ambition and vision. The country’s economic numbers are hard to bear for all those with independence ambitions. The journalist and broadcaster Andrew Neil recently become embroiled in the independence debate following a response to a tweet from an independence supporter. He pointed out that the annual Scottish tax take in 2019/20 was £66bn while state spending was £81bn, leaving a shortfall of £15bn.

This came on the same day that updated figures emerged showing Scottish government spending per capita is more than £1,600 above the UK average and Scotland’s fiscal deficit has risen to nearly £2,000 per person. The gap between tax income and spending north of the border has widened to become more than three times larger than the UK’s as a whole. Neil pointed out to First Minister Nicola Sturgeon that her independence dream is doomed. He commented on the £15bn shortfall:

Those that want Scottish independence from the UK maintain that this financial situation does not stymie a greater political and cultural ambition. Sturgeon stresses that, “If we were independent we wouldn’t need to go cap in hand to the UK government pleading.” The Scottish finance secretary Kate Forbes responded to the economic figures on ITV by stating, “Across the world countries operate with deficits. That’s not new, that’s not radical.” She went on to say that Scotland needed powers to manage the deficit.

Scottish Labour Party leader Richard Leonard grilled the first minister on Scotland’s debt crisis, highlighting that, “The Scottish deficit is around nine percent of GDP, the UK is less than three percent of GDP so there is a comparison to make that anybody reasonable and rational would want to make.” But these figures, though bad enough, are from last year and pre-covid-19. The aftermath of the pandemic will cause national debt to spiral in both nations, and across the globe. The Institute for Fiscal Studies has just published a report stating that Scotland’s implicit budget deficit could be as high as 26-28 percent of GDP in 2020/21, with the UK’s deficit as a whole reaching almost 19 percent.

The argument around Scottish sovereignty is, as Leonard maintains, not reasonable and rational. This is what makes it such an interesting watch and such a frightening political situation for both the UK’s top politicians, Boris Johnson and Nicola Sturgeon. The stakes are high and they both know it. The future of the UK as an economic and political entity is in the hands of two people who share little in common either politically or culturally.

The Scottish Nationalists’ economic case for an independent Scotland goes back to the discovery of oil in the North Sea in the 1970s. The decision to, in their eyes, misuse this national resource to fund an economic explosion of incomes for a few, centred on the City of London, may be seen historically to be a huge mistake. Our near neighbour Norway established a national oil fund, now worth over US$1tn in assets, including 1.4 percent of global stocks and shares, making it the largest sovereign wealth fund. In May 2018, it was worth about $195,000 per Norwegian citizen. This fund is used to support social and educational programmes in Norway that may otherwise have not been viable.

Had a similar fund been established in 1980, the Nationalists calculate that it would have accumulated assets equivalent to between 62 and 84 percent of GDP. Their view is that this natural windfall has been squandered, funding economic inequality across the UK and leaving many families in Scotland in penury whilst those mainly in the south east of England have enjoyed the rewards of a debt-fuelled boom, backed up by oil revenues.

The global financial crisis of 2008/09 was followed in the UK by a period of economic austerity. The richest areas of the UK were the first to bounce back, and most of these areas are in the south east of England. There is therefore a feeling that the poor are paying for the failed gambling economics of the rich. There is no “we’re all in it together” feel about it. In 2019, the level of household debt in the UK was 141 percent of net disposable income. This was the second highest of the G7 countries behind Canada, the 11th highest in the world. When compared with other developed countries, the UK had the fifth highest level of income inequality in the world at that time.

Now we’re facing even more challenging economic circumstances, where these inequalities are likely to become even greater. How the British government will recover from Covid-19 is under the spotlight. There are rumours ahead of the chancellor’s Autumn budget that the Treasury will push for new taxes on capital gains, pensions, internet sales, fuel and inheritance. Already there are rumblings on the Tory backbenches and after a dismal summer for the government, the chancellor is under intense scrutiny to plug this gap in the nation’s finances. His backbenchers want it done painlessly. His prime minister wants it done without a return to a policy of austerity, a policy that hurt his new voters in the Midlands and the North of England.

But what will this mean for Scotland? Sturgeon currently has few options.

She could trim the Scottish government’s programme, introduce tuition fees for university students, charge senior citizens for their care and cut back on free prescription and dental charges. These changes would cut the deficit, but they would also bring life in Scotland more in line with life in England, something that would disappoint many in Scotland and lead to charges of “I told you it could not continue” from politicians south of the border.

Sturgeon could also negotiate with Brussels for Scottish membership of the EU. This would be an acceptable solution to many in Scotland given that the Scots voted 62 percent to remain. However, the main obstacle to this solution might come from Madrid rather than London. Spain is desperately trying to suppress Catalan’s independence ambition and would be unlikely to countenance this solution, as it would establish a road map for Catalan independence. The economic figures might also preclude Scotland joining the EU, as the current rules state that aspiring members must have ‘sound public finances’, one of the EU’s four convergence criteria.

Johnson could of course solve Sturgeon’s dilemma for her. He could declare English independence and offer a new Union to any of the other smaller Celtic countries who wished to remain united with England. Under the Barnett Formula, England spends less per head of population than any other part of the UK. Such a strategy could rid England of its poorer neighbours and free Johnson politically to forge ahead as PM of the ‘outward looking, entrepreneurial country’ he desperately wants to lead. The only thing that the Celtic nations do for a Johnson-led Conservative Party is oppose them in parliament and take government money to pay for social programmes English people can only dream of.

Pie in the sky I hear you say.

Remember this is a Johnson-led government.

Failures of leadership: charisma vs delivery