Yesterday, Independent Sage called for a 5-point plan to tackle the immediate coronavirus crisis. This echoes what the all-party parliamentary group on coronavirus called for 2 months ago. Yet still the government fails to take effective action. 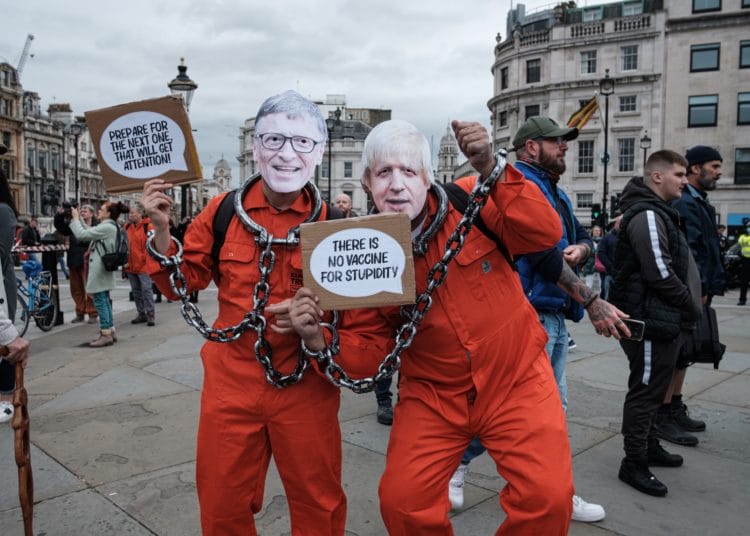 As Health Secretary Matt Hancock announced yesterday that a new round of areas would move to Tier 4, with many others moving to Tier 3, Independent Sage called for an immediate national lockdown. Even the most complete covid deniers would have had problems disputing the evidence heard at the IndySage briefing – including from clinicians who had just come off a night shift on a covid ward in one of London’s hospitals.

“I’ve just come off night shift in hospital. Our ITU is full and there is no spare CPAP capacity. It’s increasingly difficult to give non-covid patients optimum care and keep them separate from covid patients”, said frontline doctor Sonia Adesara, one of the guests at the Independent Sage press meeting.

Continuous positive airway pressure (CPAP) is a non-invasive form of ventilation for covid patients with low oxygen levels. This level of support can prevent patients needing invasive mechanical ventilation (IMV), though IMV may become necessary for those patients who deteriorate. With CPAP machines in short supply, doctors are having to assess who is most unwell, often swapping people on and off. As Dr Adesara pointedly remarked, “It’s not how we normally do medicine in this country”.

The knock-on effect is not just for covid patients – it’s for everyone who needs hospital treatment. In Dr Adesara’s hospital, escalation of covid cases means that the covid and critical wards are now full, with the result that the resuscitation area has now become a covid ward. When that starts to happen, you begin to realise it’s hard to keep any wards covid free. And it’s hard to give non-covid cases optimum care, as covid spills out across the hospital.

“My greatest fear is having a patient I cannot provide life-saving treatment to. Not only would it mean harm to the patient but would mean considerable harm to me psychologically” said Dr Jess Potter, consultant in respiratory and general medicine research.

It was left to Christina Pagel, professor of operational research at University College London, to provide a snapshot of what is happening across the country right now.

So what do we know? Covid is everywhere – sadly even running rife in places like the Shetland Isles – and it is getting worse in all regions. The increased rates of transmission are reflected in hospital admissions a few weeks later, with London now having the highest rate. But EVERY region now has more covid cases in hospitals than during the first wave. And yet, despite having several thousand more people in hospital than at the peak in April, the UK is still NOT in full national lockdown.

It is still not known if Tier 4 lockdown will be enough to halt the spread of the disease, though we do know that Tier 3 is not working. It is predicted that this second wave will be responsible for a higher death toll than the first one – possibly resulting a further 100,000 deaths, according to Independent Sage modeling.

Deenan Pillay, professor of virology at University College London, told the meeting that the news about the new Oxford/AstraZenica vaccine is welcome and will make a difference, but we will have to do more than wait for the cavalry to come, as Matt Hancock has said in the past. We have to to act now to limit the number of infections; we have to act fast. In other words, we have to stop spreading the virus before it’s too late.

As yet it is unknown whether this new strain of Covid-19 will compromise any vaccine’s effectiveness. But while there is transmission, particularly running unchecked in the population, the virus will continue to mutate and evolve. Unfortunately, as explained in this excellent Byline Times article, the government created the perfect conditions for the new covid strain to emerge.

On that basis, it is hard to see why the government is delaying putting the whole country into the most severe of lockdowns – including moving schools to remote learning. Once again, the response is piecemeal with no route map out of this – unlike the Independent Sage five point plan announced yesterday:

Other than the specific detail about schools, this plan mirrors the one put out by the all-party parliamentary group on covonavirus two months ago, when it called for the government to adopt a covid secure strategy. This was after hearing evidence from experts and members of the public across the summer. It beggars belief that between now and then the government has failed to listen and take action to control the situation.

The government’s actions, and inactions, to date have fallen far short of what should have happened during this pandemic. But while we could spend time looking back at the failures, we now need to urgently address what we do now. In particular, the need for an effective find, test, trace, isolate and support system. As Anthony Costello from Independent Sage said, “Test trace and isolation is even more important now. We are a one club golfer at the moment – we only have lockdown”. To get out of this we have to have a test, trace and isolate – although most of us would ask what on earth happened to the £12bn spent on Serco’s test and trace.

So, the government can congratulate themselves as much as they want over this new vaccine, but there is little else to celebrate. Yesterday the government reported that 981 people had died within 28 days of testing positive for covonavirus, and a record 50,023 more people had tested positive (an increase of 19.9 percent over a seven-day period). The government’s handling has been nothing short of shambolic – responses far too late, far too little and catastrophically confused.

For whatever happens now it is too late to stop what has already been put in motion. The increase positive tests will lead to increased admissions in a few weeks, and then a few weeks after that we will see the results in increased deaths. For frontline staff there is no magic wand. Lewis Goodall, policy editor at BBC Newsnight, reports of a major London hospital telling its senior medical staff to brace themselves for the peak in admissions which they believe still won’t come for another fortnight.

Yesterday morning he tweeted, “I’m also told that in one London hospital, psychiatric nurses and other mental health staff have been redeployed to provide support to staff on ICU”. One staff member told Goodall: “Nurses are walking off the wards in tears, some have resigned. They are dealing with PTSD…from the multiple traumatic deaths they are witnessing and then having to go back for more. We need everyone to be more cautious. People need to avoid mixing and stay at home. We can’t take much more of this”.

That is the reality of this pandemic. If your frontline troops are demoralised and defeated, then we will never truly win this battle. If you want some normality in your life then stay home. It’s that simple.