The conference on the future of Europe is the largest consultation the EU has ever undertaken with citizens, including those from the UK. 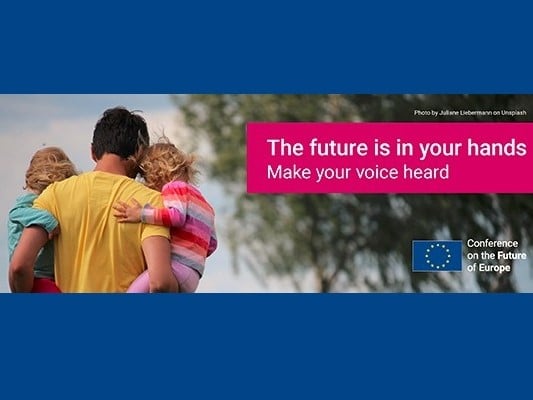 Conference on the Future of Europe, photo by Juliane Liebermann on Unsplash

The conference on the future of Europe is the largest consultation the European Union has ever undertaken with citizens. It is a vast, multilingual, digital, and democratic engagement process. Anyone can join, contribute topics, put forward ideas and questions, and join sub-groups of interest. Already, there have been over 30,000 different submissions.

The European parliament, the Council, and the European Commission have committed to listening to Europeans and following up on the recommendations made within their sphere of competencies. Topics are unlimited and all will be assessed. Those with the most engagement will be taken forward.

Conference on the future of Europe: who can take part?

Everyone can take part. European, national, local government, and regional authorities, private groups, and individuals can organise events and contribute ideas via the digital platform. Every topic will be recorded, digitalised, monitored and published throughout the conference. These ideas will then feed into the European citizens’ panels and plenaries. Opinions expressed during the conference events will result in concrete recommendations for EU action.

This consultation is not just for European Union citizens. British citizens can also get involved and are very much encouraged to do so. Still, unsurprisingly, the British government is the only government that has not engaged or encouraged its citizens to engage in the process. It would rather cancel Europe and pretend it did not exist. Yet it does, and it is hugely influential around the world.

Future EU policy in many areas will take effect whether Britain is a member or not. The United Kingdom may have chosen to leave the EU, but is still its closest neighbour and ‘in Europe’. How would the people of Britain feel about an EU army, for example, reduced fishing quotas, or financial industry reforms, banning chemicals in foods and farming that the UK may use?

For these reasons, UK citizens should be engaging. By inviting them to do so, the EU shows its deep investment in the rights of the individual and democratic processes. 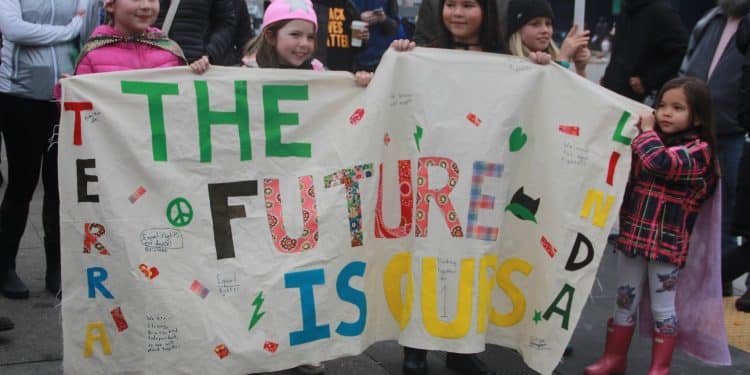 There will be four panels of 200 citizens in each, all randomly selected to ensure they represent the EU’s diversity. This includes geographic origin (nationality and urban/rural), gender, age, socioeconomic background, and level of education. At least one female and one male citizen per member state is part of each panel. The plenary will include 20 representatives from each Panel. A third of each panel will comprise young people (age 16–25).

In its efforts to engage young people, a European youth event was created in the form of EYE2021, which took place 8–9 October 2021. It brought together 10,000 young people (18–30 years old) online and in Strasbourg, to shape and share their ideas for the future of Europe. Many other events are ongoing and planned.

The plenary will discuss the proposals made by the citizens’ panels. Popular ideas from the digital platform are to be adopted and included in the final report prepared by the conference executive board and addressed to the European parliament, Council and European Commission. You can see its make-up here.

Reports are compiled throughout the conference that give an overview and provide analysis of contributions on the platform. The conference plenary includes nine working groups dedicated to the following topics:

The executive board is responsible for taking decisions by consensus regarding the conference, its processes, and events, overseeing the conference, and preparing the meetings of the conference plenary including acquiring and following up on citizens’ input. It reports regularly to the joint presidency, which the three institutions co-chair. Mr Guy Verhofstadt, member of the European parliament, Mr Gašper Dovžan, state secretary for EU Affairs for the Slovenian council presidency and Ms Dubravka Šuica, vice-president of the European Commission in charge of democracy and demography.

The joint declaration for the conference was signed in March 2021 and the official kick-off date was 9 May 2021, Europe Day. It is scheduled to end in June 2022. However, there is already talk underway of extending the consultation process as it is so vast in its construct, ideas and goals.

The European parliament, the Council, and the European Commission have vowed to listen to Europeans. The conference puts citizens at the heart of this process. No matter where you are from or what you do, this is an opportunity like no other to get involved and have a say on the challenges ahead, identify priorities, and help shape the future of the EU.

After the pandemic and Brexit, it is a chance for institutions and citizens to think hard about what direction we want the Union to travel in. It is a huge opportunity to shape European law, security, sustainability, inclusivity, health, and more. It comes from the most important European values: human rights and liberal democracy, where the individual’s rights are paramount and where everyone deserves to be treated fairly and equally. Surely, it’s not only EU citizens who are interested in these values.

Register on the digital platform and start getting involved.