The British Parliament, long held as a bastion of government – which inspired enlightened thinkers such as Montesquieu and is the framework for other parliaments worldwide – needs an overhaul. 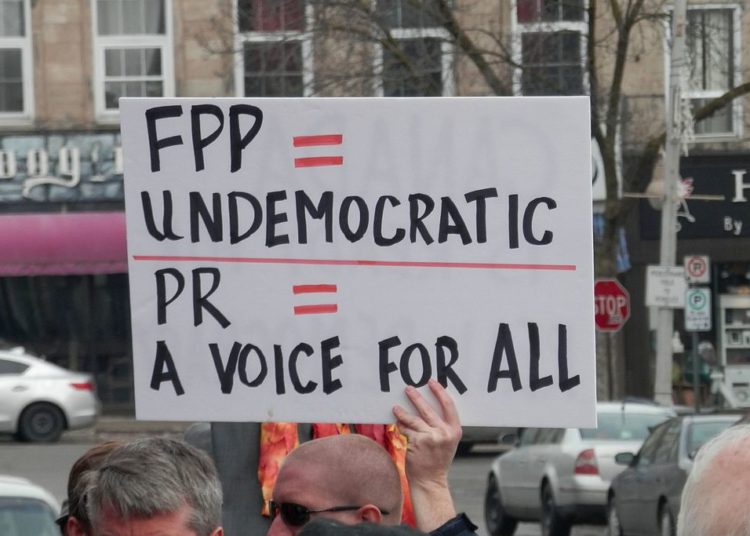 The British Parliament, long held as a bastion of government – which inspired enlightened thinkers such as Montesquieu and is the framework for other parliaments worldwide – needs an overhaul. The first past the post (FPTP) electoral system is the rot. It promotes and reinforces our two-party system; two complacent, comfortable, mainstream parties that fail to fully represent the interests of the public and merely pigeon-holes them into voting red or blue, often motivated by tradition, established principles, and class.

A consideration of previous elections is interesting and demonstrates how problematic FPTP is; the number of votes cast does not reflect the overall outcome. For example in 1997, Labour won 418 seats with 13,518,167 votes and 43.2 per cent of the turnout. In 2017, despite winning a similar percentage of the turnout (42.3 per cent) the Conservatives won only 317 seats. Yet two years later, they secured 365 seats, having won 43.6 per cent of the turnout. So, a (slightly) greater proportion of the voting public voted for the Conservatives in December 2019 than voted for Labour in 1997, but the Conservatives secured 53 fewer seats in Parliament.

Britain has only the illusion of democracy. A shift away from the 17th century FPTP system, towards embracing modern-day voting practices, such as proportional representation (PR), is long overdue. The advantage of PR would be to predominantly eradicate the worry voters have of voting for a smaller party where it is felt the vote cast is pointless. PR allows voters to have more of a say in the direction and future of the country, on the basis that their preferred party is fairly represented in the political system. The millions of people who currently choose not to vote may be more encouraged to be democratically active, as it means each vote has more weight. It also offers the potential for electing a more diverse and representative group of parties.

How can this be achieved?

Democracies across the world use various different systems of PR. The one used in Germany is interesting to consider, as it illustrates the difference between that and simple FPTP. The German election in 2017 returned seven parties; the lowest number of seats secured was 46 and the highest 200. The electoral system used there is a combination of FPTP and PR, incorporating the ‘additional member system’. This allows for the existence of popular democracy in the style of FPTP, but voters can make an additional choice for a party as well as for an individual representative. This means a more diverse range of smaller parties can be represented and it forces the parties to co-operate and work together to pass legislation. The result is designed to lead to more moderate governance, which generally suits more citizens.

If applied to British politics it could mean that the stranglehold of the two major parties would be reduced, with more parties covering a wider array of issues and beliefs having a say. Voters would not have to worry that voting for a smaller party might ‘gift’ the seat to a party they do not want. In the 2017 and 2019 elections, there was a rise in tactical voting. This included apps and websites that ‘helped’ voters decide the ‘least bad option’ that could win, instead of voting for the party/candidate they actually wanted to win. This led to a significant rise in the focus on the two traditional parties at the expense of tertiary parties, excluding them further from parliamentary processes.

Will we ever have PR in the British parliamentary system?

There first needs to be an increase in public awareness, perhaps through its use in council elections. More and more Labour MPs are now advocating the benefits of PR and there is hope that under Keir Starmer’s leadership this could become a reality. However, bringing in the legislation for electoral reform requires the two parties that arguably benefit most from the FPTP system to make the change. Instead of elections resulting in large majorities, it would inevitably result in more coalitions and cooperation between parties of differing core ideologies.

Critics of PR complain that coalition governments are weak and indecisive, though this is not necessarily the case. The recent Conservative / Liberal Democrat coalition demonstrated the potential for successful compromise and led to several significant pieces of legislation being passed, including the Marriage (Same Sex Couple) Act 2013. Critics also argue that PR would promote some of the more radical parties, who would win more seats in Parliament (UKIP, for example, were limited to one seat in 2015, despite obtaining 12.5 per cent of the vote share). But surely our democracy can handle having a Parliament that more closely reflects the views of the electorate?

Undoubtedly, our political system needs to change to facilitate more diverse parties and cover more voter interests. It is time for the world’s oldest parliamentary democracy to modernise.

More information about the campaign for PR is available via the Electoral Reform Society and Make Votes Matter.