Taking back control, if it means anything at all, must be the acceptance that life outside the European Union, in a world of superpowers, will be a very different and more dangerous place. 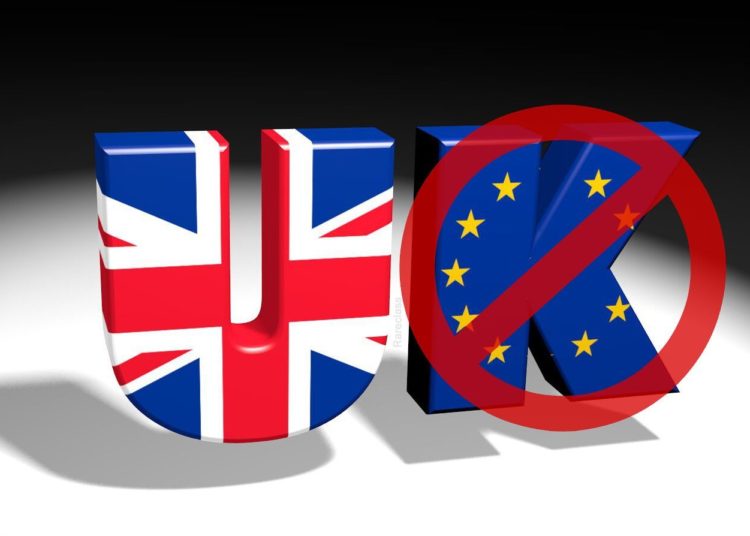 BREXIT Leave by Rareclass is licensed under CC BY-NC-ND 2.0

Can there have ever been an emptier slogan in the history of political campaigning?

Blaming others for its own mismanagement has become the defining characteristic of this government. A concerted attack on EU ‘intransigence’ in an effort to shift responsibility to Brussels for the chaos that a no-deal Brexit will bring in just 66 working days’ time, is expected soon. It will be, as Sir Ivan Rogers has noted, “full on, a story every day in the press about resisting the humiliation imposed, ‘we are not going to be treated like this by the evil empire’. It will be nasty”.

Brexit it seems, is beginning to suffer from schizophrenia. Advocates oscillate between boasting of the reach and power of ‘global Britain’ and quivering like a milquetoast that we are being humiliated. What is it to be, for it cannot be both?

Even if a deal is agreed, it will not be the “better deal than ever before” that Michael Gove recklessly assured us it would be in March 2016. That much is certain.

The government cannot continue to blame the EU for Brexit, or for the entirely foreseeable consequences of the withdrawal agreement it freely entered into. And reneging on a treaty that Johnson’s team co-wrote less than twelve months ago is simply bad faith writ large. This is not the kind of statecraft our forefathers would recognise and neither should we.

For good or ill, Britain separated itself politically from our European partners on 31 January and ‘took back control’.

If the disruption that experts have forecast for next year occurs inside the very borders that we have just taken back control of, then attacking Brussels for it will only succeed in revealing how empty and vacuous Cummings’ referendum-winning three-word slogan was.

Taking back control, if it means anything at all, must be the acceptance that life outside the European Union, in a world of superpowers, will be a very different and more dangerous place. Britain, as a middle-ranking nation, will need to establish a credible new role for itself. Railing against Brussels, or indeed any member state or third country, for advancing their own interests will not help.

If things get tough, the government needs to level with the British people about the cost of Brexit. Casting itself into a state of permanent contrived victimhood against an imagined enemy will do nothing for Britain’s reputation abroad.

That the Irish Sea border threatens the integrity of the UK, has finally been recognised in Downing Street. Unfortunately, the UK internal market bill is the legislative equivalent of closing a stable door long after the horse has bolted. The Northern Ireland protocol that Johnson negotiated must be implemented. But the government must change its approach or risk the border becoming a weeping sore in Anglo-Irish/EU relations for years.

Having negotiated the protocol into international law there is now a pressing duty on the British government to sell it to both sides and not to engage in constantly trying to water it down. If this results in a return to sectarian violence and fractures the union, it will be a monument to Johnson’s duplicity and incompetence.

Taking back control will be greeted with derision in the devolved administrations. The smaller nations of the United Kingdom will accuse Downing Street of a power grab and see themselves as no more than token members of an internal market dominated by England. It is another gift to the SNP and may well be the undoing of the 300-year-old union with Scotland. What a legacy that would be for Boris Johnson.

Attacking Brussels for not conceding to our demands is in any case a sign of weakness, not strength. It will not succeed in moving the EU27. Whatever accusations can be thrown at Michel Barnier and his team, undervaluing the single market’s benefits is not one of them. They do not have a reputation for offering privileged access at discount prices and certainly not to an ex member who has spent years dismissing the advantages as worthless hinderances.

The government is perhaps finally and belatedly coming to recognise that sovereignty doesn’t pay the bills as well as a healthy trade balance of the kind Germany has enjoyed for decades inside the EU.

That the EU would also become sovereign after Brexit and seek to secure its own interests escaped the leaders of the Vote Leave campaign, now masquerading as a government in Downing Street.

The most bizarre twist is that what little control we will have taken back is to be handed to a single political adviser. Dominic Cummings wields the power now and not parliament, a body which in 2019 he was found to be in contempt of. Even those who campaigned on the slogan should find that disturbing.

Cummings’ strong-arm tactics have needlessly forced our negotiators into a corner. As the end of the transition period approaches, we will regret not requesting an extension in June when one was readily available. If we do need more preparation time to avert a disaster, it will have to be agreed unanimously and Britain will then be at the mercy of 27 EU leaders.

We will have lost the ability to exert any influence over our own destiny, the very antithesis of taking back control.

Johnson and his senior adviser do not do mea culpas, but history will judge the rapidly approaching humiliation as the result of a toxic amalgam of delusion, folly and hubris by Brexiters who oversold the benefits, overestimated Britain’s influence in the chancelleries of Europe, and failed to think through the logical and predictable consequences of Brexit.

An economic storm is building. While this is not all down to Brexit, leaving the EU without a trade deal threatens to intensify and prolong it – and in the long run, do two or three times the damage, according to credible modelling by the LSE.

The price the British public may have to pay for saving the prime minister’s face will be a high one. Those opposed to a hard Brexit should ensure the guilty do not escape responsibility.