The spillover of zoonotic diseases and the implications for humanity

As Craven District Green councillor, Andy Brown notes that we're all suffering from the consequences of neglecting our environment. 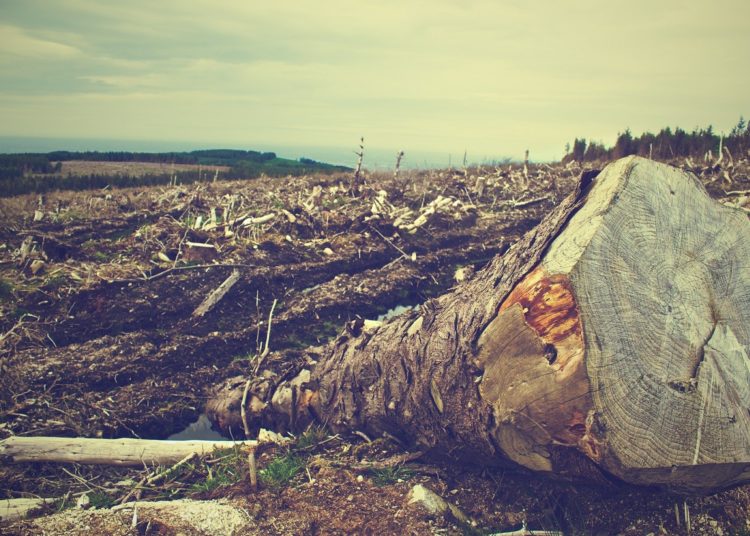 Image by Picography for pixabay

The best book I have read on this pandemic was published in 2013. That means that most of its contents were researched and written almost ten years before the events that the author foreshadowed. He wrote this:

“Make no mistake, these disease outbreaks are coming one after the other. And they are not simply happening to us; they represent the unintended results of things we are doing.”

David Quammen’s book Spillover is about how and why zoonotic diseases are becoming an increasing problem for humanity. For those that don’t recognise the jargon, it means that he was writing about the high probability of an infection, that had once been confined to an animal species living in parts of the world where few human beings ever set foot, getting itself established in a human host and spreading around the world.

Actually, that is not entirely accurate. What he wrote about was how often this had already happened and how close humanity had come to a very serious disaster of global proportions. He documents how 30 million worldwide deaths from AIDS can be traced back to an obscure part of African rainforest as long ago as 1908 (Spillover, by David Quammen, p477).

He also explains why that infection first remained a local event, before the gradual development of crowded cities close to the site of the infection accompanied by frequent air traffic brought the problem to the rest of the world. He reminds us how close SARS and Ebola came to wiping out great numbers of people. And he points out that several of these near-miss incidents involved viral infections that produced death rates of over 80 percent in infected people. For those in the wrong place at the wrong time, these infections weren’t near misses but direct hits. They could so easily have turned into global disasters.

In other words, it was known well in advance that humanity had been remarkably fortunate to avoid a highly deadly disease being rapidly distributed around the world by mass air travel. It was just a matter of time before something horrible happened. Recent events have very little to do with bad luck and everything to do with the pressures we have been placing on the environment.

The two prime causes of the risks are the destruction of forests which brings people into more frequent contact with obscure species of wildlife, and the international trade in wild animals. Creatures are being taken across the world to feed the desire of a very narrow and privileged elite, to serve them up at banquets held in honour of high-status individuals whose influence can be bought (Spillover, by David Quammen, p188).

Quammen was not alone in his warnings about what might happen if this practice continued. Several wildlife experts including David Attenborough had highlighted the problem of disease crossover as a result of destroying habitats. Attenborough made a particular point of emphasising the risks in a video he issued in September 2020. Prince Charles had also been making the point for many years, and in June he took time to drive home his messages after he personally caught covid. He was in little doubt about where the true origins of the pandemic lie. It is in the mistreatment of wildlife. This pandemic is one of the unpleasant side effects of an environmental crisis that human beings have created.

All of which should lead us to ask two really important questions.

The first is, why were these people ignored? Why were they patronised and treated as if they were silly little tree huggers who might be able to show us some pretty pictures but weren’t to be treated as people who understood the real world? The only answer to this is that their predictions were inconvenient. It was foolishly thought that environmental concerns only served to get in the way of the drive to make a little more money by cutting down the next rain forest, buying the influence of the next Chinese delegation who enjoyed a lavish banquet, or expanding the next airline route.

That focus on the short term has now come at an immense price. Not just in terms of human life. How many business people now think it was impractical and bad for business to try and prevent crossovers of viral infections from animals to humans? It turns out that the tree huggers understood a lot more about how to protect the global economy than their critics.

The second key question is, how can we achieve better prevention? The last thing anyone wants is another pandemic. What are the best control measures that can be put in place to limit the risk of new and potentially more deadly infections spreading from animals to humans?

There are some very obvious ways of achieving that. There has to be an effective international ban on the trade in live wild animals. That requires proper policing of flight cargos and of shipments. It also requires the Chinese government and several other South East Asian governments to get serious about stamping out dining practices which have very little to do with deep-seated local traditions and are actually the result of recently emerged ways of cosying up to important officials. In other words, Chinese government bureaucrats who allowed themselves to be tempted by offerings of particularly rare and delicate foods created circumstances that put the whole world at risk. If those officials don’t want to be responsible for the next pandemic, they have to stop that practice.

The Chinese government needs to start openly allowing independent scientists from across the world to work in their country and to freely study and identify the source of the current pandemic. It helps no one in the long run if the it chooses to drag its feet and put obstacles in the way of that essential research. The current World Health Organisation investigative team must be given every assistance, not obstructed at every turn. A nationalistic conviction that the disease can’t possibly have originated in their country is no substitute for a determination to get at the objective truth and deal with the causes.

A year ago, the Chinese government was busy closing wet wildlife markets in genuine fear for its citizens lives. Now it is downplaying any suggestion that mixing different animal species from around the world in open cages where they can share infections could possibly have had anything to do with the world’s biggest current problem. The trade in wildlife has remained legal in China. There is a real risk that gradually a very unpleasant way of doing business to get back to normal. The world simply can’t be expected to quietly put up with accepting that risk.

This failure to deal with the root cause of a global pandemic does nothing to help stamp out the epidemic of corruption which gnaws away at much of Chinese official society. More importantly it puts every single individual on the planet at risk of another crossover event that next time might not be so rare amongst young children and might kill a much higher proportion of those infected.

It has not been common in the past for significant events in Yorkshire to be traceable back to the outcomes of policies and practices of the Chinese Communist Party. Nor has it been commonplace for local people in Yorkshire to suffer quite so intensely as a result of environmental problems that were widely predicted in advance. Yet that is exactly what has happened.

We might be wise to start thinking about the origins of this pandemic more thoroughly and to start to ask a whole lot more questions about what the consequences will be of ignoring the next set of major warnings about environmental problems.

In other news, 2020 turned out to be the hottest year in human history, the government target is to try and halt the rise in carbon dioxide by 2050, and extreme weather events in Yorkshire have already become more frequent.