Charlie McCarthy writes on the SNP's opposition to the government's damaging Brexit deal: "The alignment of international events and incompetence of Westminster leadership is a conjunction of forces that the nationalists in Scotland could only ever have dreamt of". 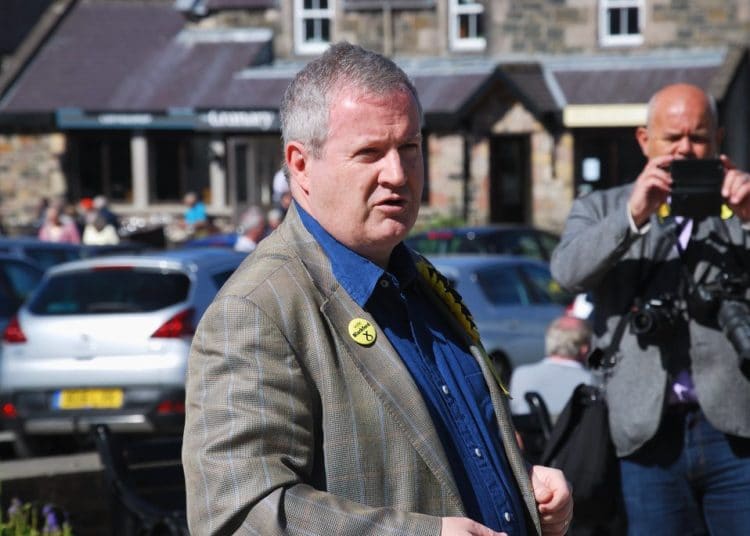 In Hans Christian Anderson’s fable The Emperor’s New Clothes (1837), two con men offer to make the vain king the best clothing ever with special properties that make the clothes invisible to those unfit for their job, or those that are stupid. The emperor hires them but they make nothing at all. As people come to check on progress, they see nothing, but fear they must be stupid or unfit for their job, so they shower the clothes with praise.

When the emperor comes to inspect progress, he is equally afraid to admit he sees nothing. The entire kingdom eventually praises the clothing and how magnificent it is. Upon the unveiling later in the town square, only a child speaks out saying that the emperor isn’t wearing any clothes. Everyone finally admits they see nothing either, including the emperor. The lie is exposed. The emperor is forced to parade around with no clothes on, pretending that he is so well dressed and in control.

The EU transition period is coming to an end and Boris Johnson has sealed his deal. All that remains for MPs to do is to read what he has agreed to and vote it through into law on Wednesday 30 December, just in time to avoid complete chaos a day or so later. It looks like the government will have no difficulties and that parliament will give its consent and support the deal, despite opposition to the deal growing as the details emerge.

“Boris Johnson’s extreme Tory Brexit is an unforgivable act of economic vandalism and gross stupidity, which will cause lasting damage to the economy and leave the UK much worse off at the worst possible time – during a pandemic and economic recession”.

Meanwhile in Edinburgh, Nicola Sturgeon, Scotland’s first minister, accused the Conservatives of having, “sold out Scottish fishing all over again” in this Brexit deal with the EU.

Blackford’s criticism is clear and decisive. He recognises a naked king when he sees one. He is challenging Johnson and the Conservative Party and at the same time throwing down the gauntlet to the other opposition parties in Westminster to call the deal for what is: “economic vandalism and gross stupidity”. He and the SNP are not willing to go along with the emperor and the rest of the people. He is prepared to call the deal for what it is – second rate, humbling and one that will diminish the UK’s standing and status in the rest of the world. The Johnson-Gove project is an act of self-harm and should be recognised for what it is.

The danger for Johnson as emperor is that his empire will collapse when the people experience the deal and the reality of life in 2021. Our travel will be more difficult and more expensive, our rights to live, love and work in Europe have gone, and it remains to be seen how much more we will have to pay to continue to trade ‘freely’ with our nearest neighbours – but we already know the free trade will not include our service industry, which makes up 80 percent of our economy. We are now such a small island.

The SNP believe that redemption for the Scots may come by establishing freeports as an interim step on the road to full membership of the EU as an independent European nation. This will give hope to those north of the border who want a different future from the Johnson-Gove vision. The outcome of the Scottish parliamentary elections in May will give an early indication on how well the deal is being received, at least in Scotland. The alignment of international events and incompetence of Westminster leadership is a conjunction of forces that the nationalists in Scotland could only ever have dreamt of. Westminster becomes less relevant to Edinburgh as Boris Johnson delivers to England what it voted for.

If you thought that disentangling the UK from 40 years in Europe was hard, how about separating Scotland from 300+ years of economic engagement with England? That would be an interesting new set of clothes to wear for both parties.