Relying on young people to develop herd immunity risks their long-term health, and the long-term economic health of the country 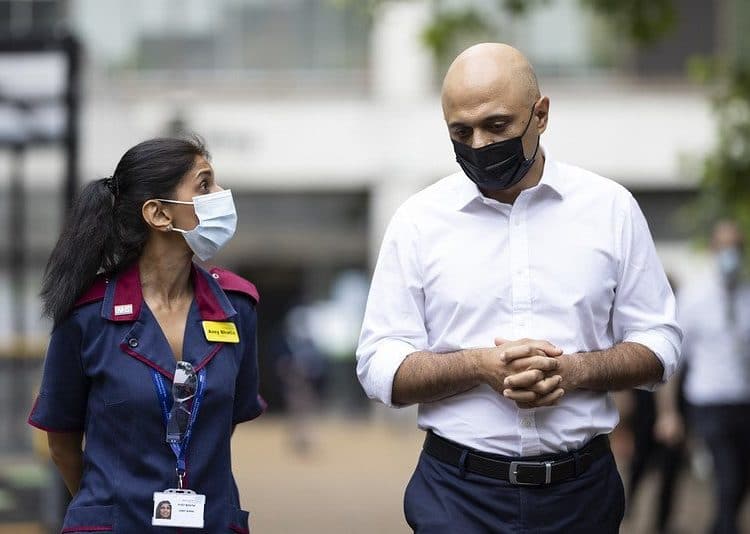 Since his promotion to health secretary, Sajid Javid has come out as a lockdown sceptic. Speaking to the BBC on Monday, Javid said that he “wants to see the restrictions lifted and life going back to normal as quickly as possible”. For young people, is this a continuation of the ‘herd immunity’ strategy previously deployed, and if so, what will this mean for their long-term health and the economic outlook for the country?

The desire to lift restrictions quickly, is a mood shared across the Conservative Party. Prominent lockdown sceptics like Steve Baker have embraced the ‘freedom day’ moniker, and many backbenchers agree with Javid that restrictions should be gone as soon as possible.

However, this sentiment doesn’t match up with the reality of the pandemic on the ground. Cases of the Delta variant are quickly rising under the current restrictions, even among the vaccinated. While many remain mercifully low, not only would continued unlocking lead to further deaths, but two significant risks remain.

The first is the risk of further variants if a lockdown is not implemented to reduce cases. Thankfully, it seems to be the case that a double vaccination significantly decreases the risk of hospitalisation and death. However, the more that the Delta variant is allowed to run rampant among the young, the likelier it is to evolve into something which could pose a serious risk for the old.

The second is the risk of long covid. As many as a third of those of those who catch the virus have effects for 12 weeks or longer. In fact, many who caught the virus in the first wave still suffer symptoms like fever, constant coughing, or brain fog.

The UK already has an ageing population, which puts a strain on how much the shrinking pool of working young has to do. Letting covid run rampant through this population could not only cause damage their long-term health, but to the country’s long-term productivity and economic health after lockdown.

However, there is little indication that the government is at all concerned by these risks. If anything, they have tried to limit the discussion of the increase of covid cases, attempting to block the publication of data on the spread of the Delta variant in schools. Rather than attempt to implement scientific advice, of increasing ventilation in classrooms and mandating mask usage, the government has instead been accused of attempting a ‘herd immunity strategy’ with the young.

Today, the Times reports that Chris Whitty believes hospitals can cope with the surge in infections in young people if we fully lift lockdown on 19 July.

Epidemiologists are voicing their concern at these events. I spoke with Deepti Gurdasani of Queen Mary’s University in London about the risk to the unvaccinated population. Dr Gurdasani claimed that:

“The government seem entirely comfortable with this, and absolutely nothing is being done to protect these groups and their families.”

Meanwhile, she confirmed the view that the government was pursuing a strategy not dissimilar to herd immunity. In letting covid cases run rampant in schools without vaccinating children, she notes, “students and family members have been hung out to dry completely”.

The next challenge comes as the academic year ends. On the one hand, the increase in covid among children will lead on to an increase among the adult population, particularly if the Delta variant is vaccine resistant. On the other hand, the summer will mark the return of university students back home. As I wrote back in September last year, student halls are a petri dish of infection in normal times. Most of the students I know have either caught covid in the last week, or are isolating after being in contact with someone who has covid. But universities are in the process of sending these students, vaccinated or otherwise, back to their families.

The limitations of lockdown and vaccinations as a strategy

With the outsourced Test and Trace system still failing to deliver in the pandemic, and support for isolation still minimal, the government has relied throughout the crisis on two blunt instruments: lockdowns and vaccinations.

Even if the Delta variant results in fewer hospitalisations, the spike in cases that the government is allowing (and arguably encouraging) will both increase the risk of new variants and harm our long-term prospects of economic recovery.

Had Sajid Javid’s predecessor put in a system by which an increase in cases could be reasonably managed, some sort of unlocking might be manageable. However, if the government wants to reduce the current caseload, it has two options. Either it can attempt the impossible: vaccinate the majority of under-18s and attempt to double and triple jab over-18s and the vulnerable respectively. Or, to use its own terminology, it can run the economy a little cooler.