As Jack Peat writes, Labour should separate Conservative mistakes with Brexit from the vote itself, and hold them to account on those terms. Long-term failures by this government can be criticised within the framework of Brexit achieved. 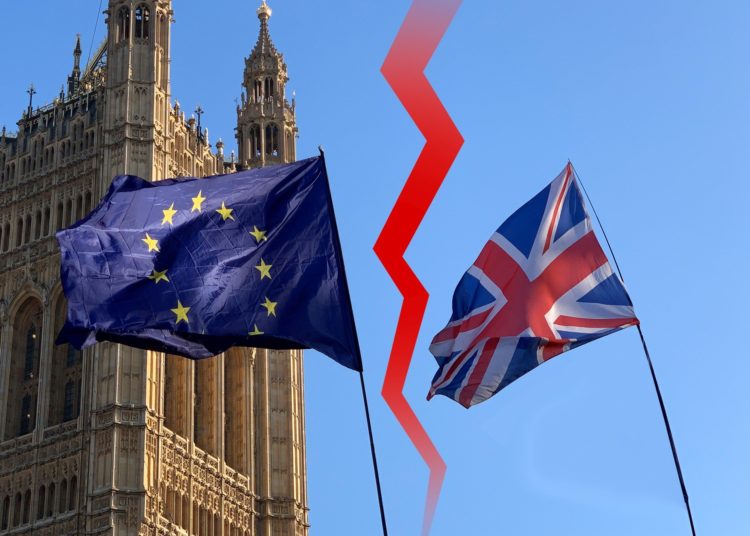 “Brexit” by Christoph Scholz is licensed under CC BY-SA 2.0

If Labour wants to win back Brexit voters, it should separate the decision to leave the European Union from the consequences.

On Thursday 23 June 2016, Britain voted to leave the European Union by a slender margin of 52 percent to 48 percent. In doing so, it became the first country to break away from a union that has existed in some form since shortly after the Second World War, one that has formed unprecedented economic alliances, brought about new personal freedoms and, as the Irish taoiseach John Bruton famously said, created a global framework for the advancement of peace.

But wooed by the prospect of ‘taking back control’, £350m a week for the NHS and secure borders, the decision was made and the die was cast, setting in motion seismic change in Britain that has since left Labour in the political wilderness having been neither the instigators of the movement nor fierce critics of it.

In 2019, that came to a head for the party. They told people they would do Brexit but they would do it ‘better’ in a bid to etch out a point of differentiation. It didn’t work, and today you are more likely to see Sir Keir Starmer, the architect of that approach, draped in a Union Jack flag and singing the praises of veterans than advocate for an alternative path. Imitation is the sincerest form of flattery, or so they say. It will also get you nowhere.

Labour strategists are, at least, right on one point. The party has to come to terms with the Brexit vote. It has to accept it happened and it has to move forward with that in mind. That doesn’t mean ignoring it entirely. As I wrote here, that way lies madness. But it does mean accepting that even if the party didn’t campaign for it, it is willing to accept the result.

The last time I checked, things weren’t going all that smoothly on the Brexit front. The consequences have little to do with the British people and a lot to do with the Conservative government.

Take the botched Northern Irish protocol as a case in point. Not only has it managed to anger unionists by putting a barrier between Great Britain and Ireland (something Boris Johnson said would happen “over his dead body”) it has also driven a hammer through trade, leading DUP MP Ian Paisley to term it an “absolute total and unmitigated disaster” for the country.

As Labour MP Karin Smyth pointed out much of this disruption has been caused by UK ministers who stand at the despatch box with a “shocking” lack of knowledge about the unique circumstances Northern Ireland faces following Brexit.

And what about the fishers, who have been put on the brink of “collapse” thanks to the government’s Brexit deal, or the farmers, who fear they could be wiped out if there is complete trade liberalisation with Australia? Time was that such moves would cause outrage, particularly among traditional Conservative voters. But today, entire industries are being dealt a duff hand by Brexit arrangements and the opposition is choosing not to talk about it. Why?

Brexit’s ‘missed opportunities’ and the path ahead for Labour?

The same goes for the missed opportunities of Brexit. They seemed to be ten a penny before the referendum, but now you barely hear of them. The NHS is still poorly funded, trade with Europe is swamped in bureaucracy and there seems to be very few businesses willing to move to the UK because it has restricted access to its biggest trading partner.

Taken together, it means Labour is now in a position to attack the Tories from within the confines of the Brexit framework rather than from outside it. As the headline notes, the people may have voted to leave the European Union, but it was the Conservatives who messed it up.