Since the North of England and the Midlands will be the worst affected by Brexit it will be interesting to watch the ongoing polling. 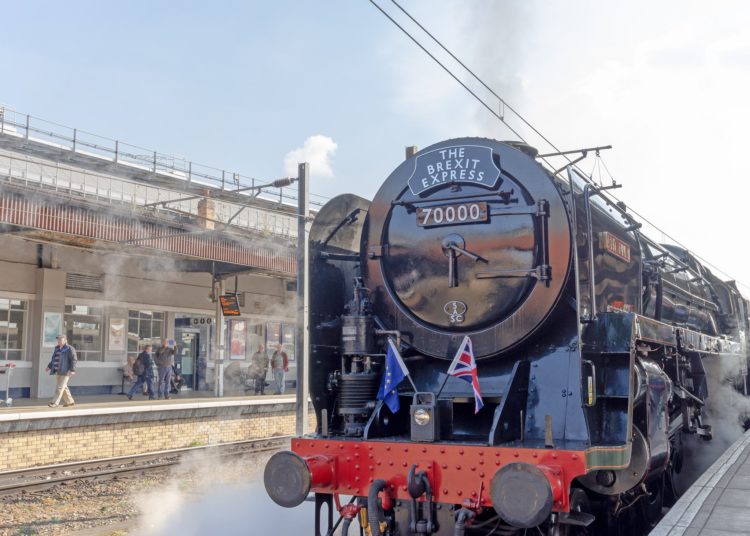 There is a widely held view that the North of England is a Brexit stronghold and indeed, in the EU referendum, just under 58 percent of voters in Yorkshire and Humber, 58 percent of voters in the North-East and 53 percent in the North-West voted Leave. The continuing enthusiasm for Brexit in the northern ‘red wall’ constituencies was targeted by the Conservatives in the 2019 election, and it helped them to win their majority. However, it now appears that support for Brexit in the North of England is fading fast.

A YouGov poll revealed on 24 September 2020 that support for leaving the EU is declining across the country, but remarkably so in the North. Some 49 percent of northerners now think it was wrong to leave, while just 38 percent continue to think it was right – a lower level of continued confidence in Brexit than is seen in the Midlands and the South of England (outside London). Given that a majority of people in the North – 63 percent – also feel that the government is handling Brexit badly, the stronghold is showing definite signs of stress.

There are many reasons why the reality of Brexit may have caused voters to change their minds, but it is also the case that the North of England was never entirely pro-Brexit anyway. As Richard Sadler, from campaign group ‘North Yorkshire for Europe’, explains:

“The London-based media tend to use a broad brush for the whole of Northern England saying we are all pro-Brexit, when parts of the North are strongly pro-EU. Leeds, Harrogate, and York all voted to stay in. Key sectors of North Yorkshire’s economy are farming, tourism, and hospitality. Places like Harrogate are heavily reliant on EU labour; an estimated 70–75 percent of staff in the many restaurants and hotels in the town are EU citizens.”

The North of England benefited from EU membership in terms of investment in the region, as well as from free movement to staff key businesses and the economic benefits of being in the single market and customs union. Although the UK has been a net contributor to the EU (and this is also the case for the Yorkshire and Humber region), thanks to EU regional development programmes, the area’s infrastructure has been improved through dedicated funding. For example, these programmes have funded major building projects (a science park at York University, for instance) and regional broadband roll-out – investment that has supported businesses in the area and led to job creation.

It’s therefore not surprising that the effects of Brexit are causing people to think twice. As Sadler told us, businesses are suffering: “Even before Covid-19, restaurants were already closing in Harrogate; the owners were finding it hard to recruit as the EU citizens were going home – it was a huge hammer blow to the sector”. He also feels that, given the effect of the pandemic on the country’s finances, it’s very unlikely that the UK central government will be able to get anywhere near replacing the level of regional income previously directed into the North by the EU.

Providing some possible hope for local economies, are the plans for devolved governments in the North. Along with the announcement of plans for West Yorkshire to have an elected Mayor, a possible £1.8bn investment deal was agreed between the chancellor and the West Yorkshire Combined Authority in March 2020. However, that was before we were hit by Covid-19. Andy de Hutiray, from Ripon, doesn’t think devolution will help much at all:

“I would be very surprised if a devolved government in Yorkshire will make any significant impact in the short or medium term. It will take a long time to legislate and bring into force. By that time it will be too late and I would expect most existing companies will be spending money trying to stabilise their businesses during and after Covid-19.”

Sadler is equally dubious about the benefits of regional devolution, believing that it is “not going to replace all the loss of the advantages that we had from being EU citizens – freedom to travel, live and work in the 27 EU nations, membership in a strong trade bloc, and high food quality”.

The ongoing negotiations for a trade deal haven’t inspired confidence either. Many areas of Yorkshire are rural farming towns, contributing to the export of beef and sheep exports to the EU. Sheep meat exports are particularly important to a region that is home to 30 percent of England’s sheep. In the worst-case scenario of a hard Brexit deal, farmers may have to pay 40 percent tariffs on their exports.

This, as de Hutiray explains, “will increase shop price on UK meat in the EU, and other countries will take advantage of that to compete. After the end of the transition period, the confusion at UK ports will delay exports and reduce the shelf life of fresh UK farming produce. Suppliers will go bust and jobs will be lost. The recent trade change by the US to allow UK lamb imports will not offset the damage significantly.”

Brexit may also affect the home market, since a deal with the US may depend on our agreement to accept lower animal welfare and food safety standards, thus risking the competitiveness of British produced meat in our shops.

As Sadler puts it, Brexit is not “the land of milk and honey” that farmers were promised, and this realisation appears to be hitting home. After a series of visits to the farming community across the region, the Bishop of Ripon, Helen-Ann Hartley, suggested that farmers were feeling that they had been led to vote for Brexit “under false pretences”.  We all recall being told, for example, that an EU trade deal would be “the easiest in human history” and that the EU needed us more than we needed them.

The YouGov poll’s suggestion that the North of England, and indeed the country as a whole, is becoming increasingly sceptical about Brexit has not dented the Conservative Party’s enthusiasm for it. Having increased their vote share in the 2019 “Get Brexit Done” election, they continue to hold to its optimistic promises. Alec Shelbrooke, Conservative MP for the Leeds constituency Elmet and Rothwell, still believes there are benefits for the region: “The United Kingdom is now able to agree its own trade deals with countries around the world, boosting trade for businesses across the United Kingdom, and including Yorkshire.”

Since the North of England and the Midlands will be the worst affected by Brexit, where so many voted for it, it will be interesting to watch the ongoing polling of views in these regions. For some, Brexit may have become, in de Hutiray’s words, “a religion” to which they will cling come what may; however, it seems that the number of people willing to assert that a mistake was made is on the increase. It will also be interesting to watch how the government, elected on Brexit, will justify its ever-increasing downsides to a population that now thinks that leaving the EU was wrong.