Throughout this final saga of Brexit negotiations we have only been able to be sure of one thing: whatever Johnson does will be in his best interest 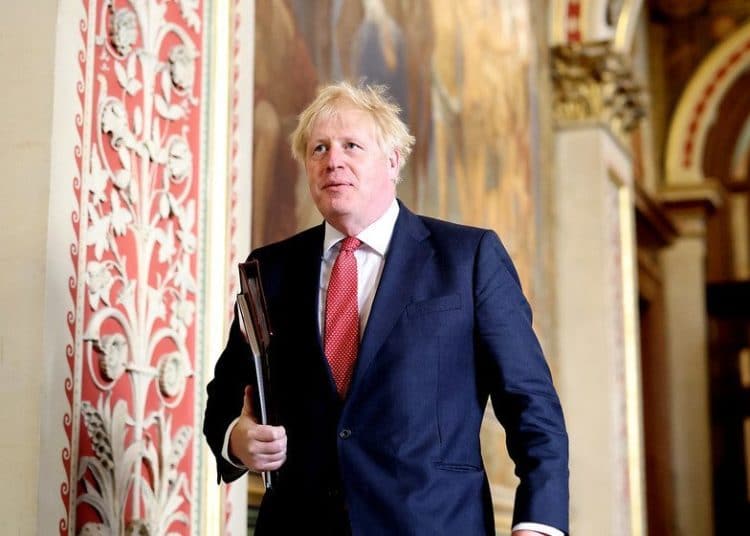 Boris Johnson Cabinet Meeting at the FCO by UK Prime Minister is licensed under CC BY-NC-ND 2.0

Ever since the idea of Brexit began to gain traction, the Conservative Party has been badly split.

One side of the party has always seen itself as being there to make sure that people with good sound business sense are running the UK. Many people from this faction like to see the country as the UK PLC and the prime minister as the equivalent of a chief executive who would manage any other Public Limited Company. They pride themselves on their practicality as opposed to their ideological purity. They are interested in what is best for business and believe that is identical to what is best for the rest of us.

During the EU referendum campaign, that side of the party was in the ascendance and it sent a very interesting message out from Her Majesty’s Government that was delivered through every letter box in Yorkshire and across the nation. It explained why remaining in the UK would be the best decision for the UK. The case it stated was as follows:

“Some argue that we could strike a good deal quickly with the EU because they want to keep access to our market. But the Government’s judgement is that it would be much harder than that.

“No other country has managed to secure significant access to the Single Market without having to follow EU rules over which they have no say.

That business-orientated version of the Conservative Party of three and a half years ago was full of doubts that a deal could be pulled off easily with the EU, and was extremely concerned about the consequences for business if it wasn’t.

Once the outcome of the referendum campaign became clear, a very different faction of the Conservative Party moved into the ascendency. Many of these people are deeply ideological and believe in political theories with intense conviction. This side of the party is passionately committed to concepts like ‘sovereignty’, ‘independence’ and ‘taking back control’ for ‘this great nation’.

For over two years, Theresa May tried to reconcile these two competing factions and attempted to secure a Brexit deal that wouldn’t be too bad for business. That meant constant compromise and a desperate attempt to walk a moving tightrope. The true believers in Brexit utterly hated her for making the attempt, and pulled the rope away the second they had the chance.

Boris Johnson took a different approach. As soon as he got the top job, he packed his Cabinet with true believers in Brexit and made loyalty to that project more important than competence. It quickly became clear that the period of constant dither was over. He had enormous self confidence that a deal could easily be struck. Indeed, he told the electorate that he had already secured a deal and it was “oven ready”.

There was just one small problem with all that self-belief. It was actually misplaced overconfidence. The country has spent the last year marching strongly forward, without its prime minister having given sufficient thought about where it was actually going. Bold assertions and superficial soundbites have taken the place of strategy.

Yet challenging problems rarely go away because of wishful thinking, or get solved by propaganda. Genuine difficulties keep on coming back to bite you. The first of those difficulties is that Britain’s economy remains heavily entwined with that of the EU. That makes it really important that we are able to carry on trading easily with Europe. The only way to get tariff-free access to markets within the EU is to abide by the regulations that apply to every other country selling things within that market. That isn’t what the British public was promised.

The second intractable problem for a pro-Brexit prime minister is that any reasonable deal between two trading partners has to include rules about how the deal will be policed. That means that it needs an internationally binding arbitration mechanism that can issue decisions that Britain has to obey.

So, Johnson has been faced with very similar challenges to the ones that destroyed Theresa May. Either he signed up to a deal and faced a vicious revolt from those who were once fringe backbenchers but who are now sitting firmly inside his Cabinet, or he had to risk inflicting serious damage to the UK economy in the middle of an already acute economic crisis.

One way that any normal British prime minister might get out of that kind of difficulty would be to sign the best deal they could get and to make sure that it was sufficiently complex to disguise what has been agreed and enable it to be defended. They would follow that up by trying to persuade enough of the Cabinet that they want to keep their jobs to enable the deal to be forced through.

But Boris Johnson isn’t a normal prime minister. It has always been difficult to read his mind, because he himself doesn’t always understand what is going through it. The one thing we do know is that he isn’t overly constrained by tiny things like loyalty, consistency, or what he has promised in the past. He is a master at finding a way to explain the last set of lies by formulating a new set of them. He is also a great expert at changing himself and dumping allies or wives whenever he thinks it is in his own best interest.

So, throughout this whole final saga of real Brexit negotiations we have only been able to be sure of one thing: whatever Boris Johnson does, will be in the best interest of Boris Johnson this week. That isn’t remotely the same thing as what is in the best interest of the British people. Either this week or for the next generation. Whichever faction of the Conservative Party gives Johnson the best chance of staying in power has been the true test of what policies he has championed.

The consequences of such an approach are not pretty. We must wait to see whether he can find a way to unite the Conservative Party behind his decisions. And more importantly whether he can convince a sceptical nation.