Figures released by the Office for National Statistics show that the suicide rate for nurses is 23 percent higher than the national average, with women nurses in particular at high risk 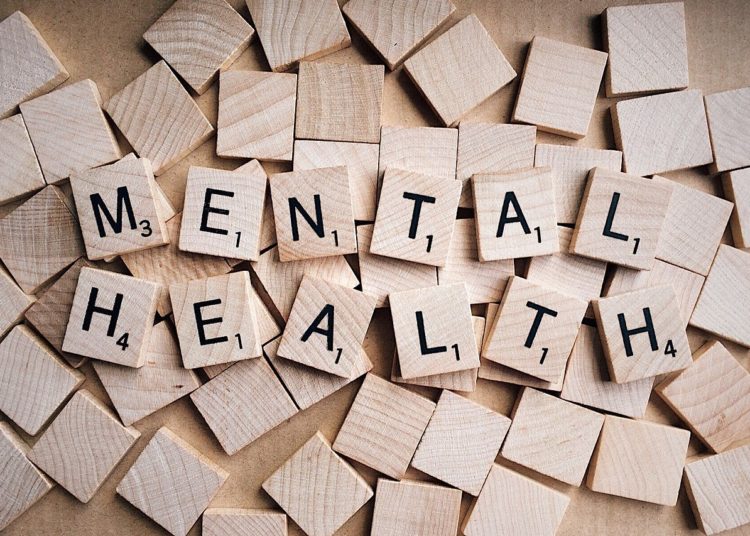 In the first eight months of 2019, NHS nurses took nearly 1,000,000 days off sick with mental health issues. Figures released by the Office for National Statistics show that the suicide rate for nurses is 23 percent higher than the national average, with women nurses in particular at high risk. During this Covid-19 crisis, the leading nursing journey the Nursing Times launched a new campaign called ‘Are You OK?’ to highlight the mental health pressures and needs of nurses during and after the coronavirus pandemic.

These staff absences have a knock-on effect on those still at work, with clinical and non-clinical issues making their long working shifts even more demanding. And very often, their care provision does not end with their shift, as responsibilities at home frequently add to their anxieties and worries.

The mental health issues faced by nurses before Covid-19 will only be exacerbated in a post-covid world. Disturbingly, a snapshot survey of 3,500 nurses by the Nursing Times in April, found that half of the nurses felt that mental health support was inadequate, and a third felt that they needed support, but could not ask for it. The overall evaluation showed that the negative effects on the mental health of health and social care staff have a knock-on effect on their general wellbeing and in turn to patient safety.

In November 2019, there were almost 44,000 nursing vacancies across the NHS: some 12 percent of the nursing workforce. The Mirror recently reported that the NHS is now recruiting less than half the number of EU nurses because of Brexit. That is a huge void to fill even before the added effect of Covid-19. More care is need for and by our NHS warriors.

Employers have a responsibility to care for their staff. This is as true in our healthcare sector and NHS as it is elsewhere. Basic care can be put into place relatively quickly, efficiently and effectively and in a way that is financially sound. Unfortunately, initiatives that have been put into place already have not been disseminated well through staff and staff, in general, have not felt supported. However, this has been identified and change is being incorporated in the Royal College of Nursing’s healthy workplace campaign, ‘Healthy You’, with elements offering nursing staff information and resources to help manage physical and emotional stress, and to help recognise when they might need more support.

Employers can also help by engaging the senior leadership to not just say, but do. Leaders need to behave in a self-caring mode and lead by example, disseminating the knowledge and support in easy, practical terms and simple steps. For example, each staff member needs a better understanding of the signs and symptoms of compassion fatigue, secondary traumatic stress, anxiety and depression. Managers should encourage and support staff who report their symptoms – demonstrating empathy and understanding – and this should be reinforced by policies and procedures.

Turning a negative, toxic working environment to a positive, accepting one takes time, but it starts by dropping the bullying culture and replacing it with tolerance. In 2018, Lord David Prior, the chair of NHS England, referred to the “dysfunctional” response to the health service’s target-driven culture and specifically its, “top-down, hierarchical control”. This was reported by the Guardian, after worrying harassment figures were revealed.

In February 2020, UNISON’s assistant general secretary Christina McAnea reported on the NHS staff survey and said: “Violence and harassment have become the new normal for NHS staff, which is beyond unacceptable”.

Employees are also responsible or their own wellbeing. Care staff – whether professional, voluntary, or home-based – are notoriously bad at asking for help and admitting they are struggling. Most seek a haven in denial for a long time, even decades before they hit rock bottom and finally ask for help – because the culture of caregiving holds a duty of care that they extend to others, but not to themselves. Some of the more visible symptoms include mood swings, changes in eating and sleeping patterns, errors of judgment, self-condemnation, bottling up emotions, lack of personal care, making excuses for their physical and mental exhaustion, and isolating themselves from friends, family and colleagues. Unfortunately, people around them have the same tendencies to conceal, excuse and deny these symptoms, and so it goes on.

It is now widely accepted that compassion fatigue and secondary traumatic stress are prevalent in care providers. These are not new concepts. Compassion fatigue is a condition causing emotional and physical exhaustion leading to a diminished ability to empathise or feel compassion for others, and yourself, often described as the negative cost of caring. Compassion fatigue and secondary traumatic stress still often get misdiagnosed as depression and anxiety. While these are traits of both conditions, the symptoms are not relieved with a change of environment, job, spouse or finances, as stress can be.

A multitude of symptoms are often missed with compassion fatigue and secondary traumatic stress. The sufferer is living in denial, with the warrior’s attitude of “I am fine”. As such the conditions are insidious: they grow slowly and their effects are engulfing, to the point where the person is isolated, overwhelmed and exhausted. Giving compassion to others empties the personal tank, often leaving nothing for the caregivers. Many staff feel like they are running on empty and in turn, it has a devastating effect on their quality of life, relationships and emotional wellbeing.

Education, acceptance and proactive support need to be put into place, as early as nurse training provision. Generations of nurses are on self-destruct mode, because they feel neither supported nor understood; they feel overwhelmed and undervalued. This is a workforce that needs protecting, reinforcing and teaching that it is OK, not to be OK. Self-care is not a luxury; it is a necessity.

Linda is a criminal psychologist, trainer, writer and broadcaster who now lives in Leeds. She was born in Norfolk, brought up in Kent, and has lived and worked throughout Europe (with many years in Spain), the Middle East, USA and Canada – to date she has moved 42 times. Her areas of interest are self-care, mindset, compassion fatigue, secondary traumatic stress, avoiding burnout, the autistic spectrum, travel and musical theatre.