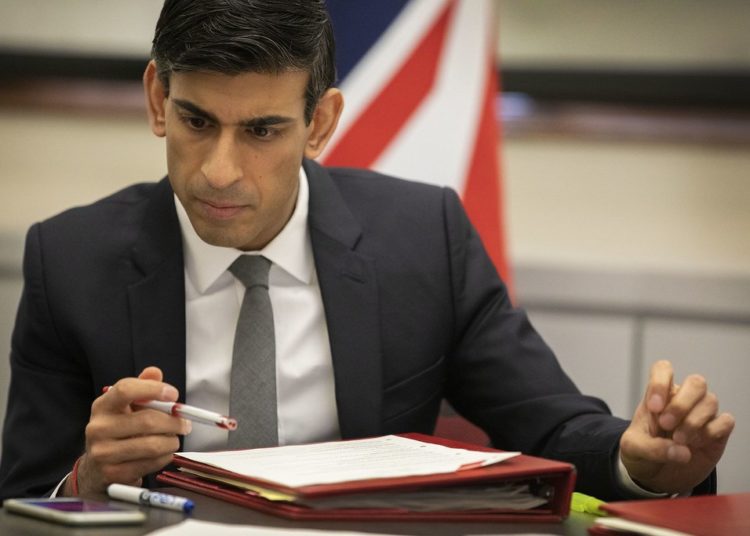 One of the prime minister’s problems coming out of this year is a lack of direction. With the end of the pandemic in sight, Britain’s departure from the customs union imminent, and influential mandarins like Dominic Cummings out of his inner circle, Boris Johnson is facing the question of how this next era of his premiership will be characterised.

This has been met with a fierce struggle within Conservative ranks to see who can align this new Johnsonism to their own ideology. The past few weeks have seen three rival parliamentary groupings form, Sajid Javid make a punt to be the prime minister’s chief of staff, and Rishi Sunak further solidifying his position as favourite to succeed Johnson, slapping his name on the announced military spending increase much to the objection of fellow MPs.

This last week has seem an attempt to pacify all of these factions. For the culture warriors in the Common Sense Group, an increase in military spending was granted, and a loosening of restrictions was gifted to the Covid Recovery Group. For Jake Berry’s Northern Research Group, a £4bn ‘levelling-up fund’ has been secured at the chancellor’s Spending Review, which was subsequently praised by Berry on Twitter.

The fund, however, has three main flaws, which go to the heart of why, even with a new coat of paint, the government will struggle to redefine itself in 2021.

The first is that it simply isn’t enough. Not only is the economy of Yorkshire alone worth over £110bn, but local councils like Leeds have had to increase spending to the tune of £119m due to the pandemic, axing jobs and cutting services to deal with the debt incurred as a result. At the start of the crisis, the chancellor promised ‘whatever it takes’ to councils. This is far from it.

The second is that is ripe for corruption and “pork-barrel politics”. As we have seen this year with the Towns Fund and the various Covid-related procurement scandals, the Conservatives are not above using public money for personal or political gain. The levelling-up fund has similar flaws to the Towns Fund, in that it requires local councils to bid for it, along with requiring the sign-off of local MPs. This process allows for a lack of transparency, opening the doorway for dishonest dealings.

The third, is that it simply lacks direction. By putting the onus on councils to apply for the fund, the chancellor has limited its ambition and stopped short of committing to a consistent vision of levelling up. Moreover, councils with large administrative staffs, high-profile spokespeople like metro mayors, and good relationships with local MPs, are more likely to be successful, whilst councils on the brink of bankruptcy will have less capacity to put together high-quality bids.

These three problems map on neatly to that of the Johnson government itself. The prime minister himself has few policy priorities, particularly with Brexit ‘done’, while being constricted by a politically strong and fiscally conservative chancellor. Meanwhile, this administration has shown little concern for due process in hiring and procurement decisions, leaving itself vulnerable to accusations of corruption.

The levelling up fund will probably be forgotten by the history books. But the insights which it offers to this government’s existential difficulties should not be.