To some observers, it might seem warranted to evaluate judicial review. But to those of us who work within the system it sounds alarm bells, particularly when one considers the recent article by Liz Webster in respect of Robert Buckland, who is now the secretary of state for justice. 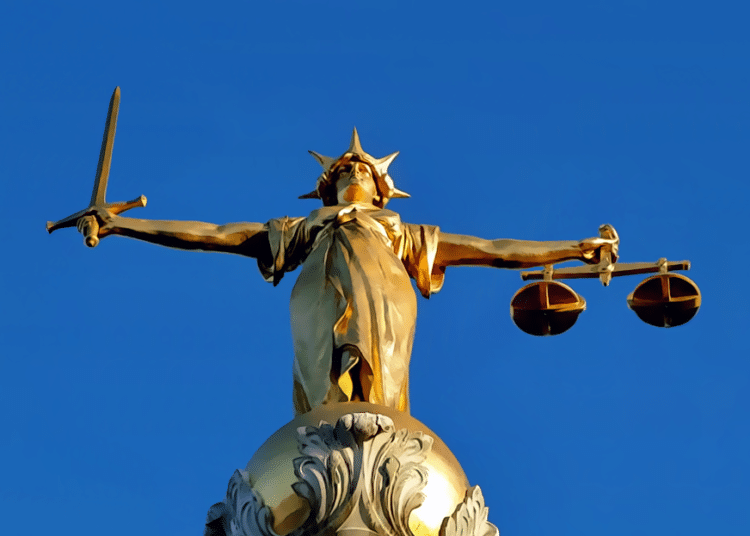 As a lawyer, I enjoyed the English legal system because of its inherent commitment to fairness and justice, even though I accept that at times it might not appear to achieve that to court users. It was a privilege to have been part of that system.

It comes as no particular surprise to me that the prime minister and his ‘political aide’, Dominic Cummings (a man described by David Cameron as a ‘career psychopath’) are reviewing the very system that prevented them from abusing their powers. As mayor of London, Johnson left taxpayers with a bill of over £900m. As part of Vote Leave, Johnson faced misconduct in public office proceedings for the ill-advised: “We send the EU £350 million a week let’s fund our NHS instead” (note that the UK did not send £350m to the EU per week and if GDP reduces as expected from Brexit, presumably there will be less funding for the NHS). And as prime minister his record so far includes delaying the publication of the Russia Report, illegally proroguing parliament, mishaps with exam results and the questionable handling of Covid-19.

To some observers, it might seem warranted to evaluate judicial review. But to those of us who work within the system it sounds alarm bells, particularly when one considers the recent article by Liz Webster in respect of Robert Buckland, who is now the secretary of state for justice. He has clarified that one of the four areas to be examined during the review is “whether certain decisions should be non-justiciable” – in other words, not something that can be determined via legal principles or in the courts. Such a move by the government, to limit or prevent legal redress to the courts in respect of at least some of their decisions, is potentially a dangerous situation for the public.

Judicial review is a way of challenging the legitimacy of decisions made by the government and other public bodies. To succeed there must be a breach of law, but there are also very strict time limits to comply with – usually the action must be commenced within three months of the alleged breach. Lawyers are not permitted to instigate proceedings purely on political grounds and judges would most likely criticise lawyers if they sought to do so. Judges are themselves expected to be independent and apolitical. Further, where parliament has provided an alternative remedy, judicial review is generally not available. It is quite simply not an easy area of law to succeed in.

The desire to further restrict judicial review concerns me – on top of other indications that the UK is regressing under this Conservative government.

Over the past decade, I have seen the court system being destroyed under the guise of ‘austerity’, even when austerity was no longer necessary. I have witnessed court staff visibly stressed through being overworked. Further to this, the recent introduction of changes to court working hours is potentially discriminatory; the main carers in households are more likely to be female, and female members of the legal profession are being disproportionately affected by the changes. Days in court for staff and members of the public are generally stressful and tiring, but for a lawyer the day usually begins several hours earlier and ends several hours later (due to travel time and preparation). This means that the impact on family life will most likely be too great to continue under these new changes, which extend the working day even further. The new hours are likely to push some women, or those with health issues and disabilities (like myself), out of the profession altogether. But the changes are also likely to lead to increased stress for all court users, including members of the public.

What was once a respected legal system is crumbling. There could be a variety of reasons for the government wanting to alter the system, but I fear that the real reason is that they wish to make any legal challenge to their political decisions almost impossible, even where they flout the law. For me, this indicates that a fascist regime is developing. It is some comfort that The Secret Barrister has identified, more diplomatically than I, that:

“The government’s claims to be restoring trust in democracy by rolling back these checks and balances mask an audacious power grab, allowing them to govern unlawfully and without accountability … Every would-be authoritarian regime has the judiciary in its sights.”

While The Secret Barrister refers to Hungary, Turkey and Poland as examples of government interference with their judiciary, Hitler did exactly the same in the 1930s; the Third Reich tampered with the judicial system so that it could control the law. For those who are unaware, what led to the concentration camps was ‘legal’ under Hitler’s regime.

Hitler’s manipulation of Germany in the 1930s, including the law, was abhorrent. For someone like myself – who has studied jurisprudence and appreciates the interconnection between morals, ethics and the law – the Johnson chapter in British history is also alarming. It may be that Johnson’s advisers are unwittingly pushing their ideology so far that they are distorting reality and producing a situation that they never intended – a situation whereby the law is controlled by the government whether or not that is in the interests of justice, the public or the Conservative Party.

The approach towards the judiciary, alongside the labelling of some lawyers ‘lawyer activists’ (as though that ought to be interpreted as an insult) and the removal of senior civil servants, are actions that reek of fascism. I fear we are entering into an abyss that is far from a democracy. Such methods, allegedly employed by Cummings, reflect Putin’s approach to the Russian state and perhaps Cummings’ years in Russia before entering British politics are responsible for that approach. Trump and Johnson appear to mirror each other’s actions and, considering the strong evidence of Putin’s interference with USA elections, extreme caution must therefore be engaged before any significant changes to the UK’s democracy.

On 29 August 2020 it was announced that the powers of the Electoral Commission shall also be reviewed or it would be abolished. This reinforces the theory that Johnson’s government will seek to diminish or remove the power from any independent body that attempts to hold it to account – remembering it was the Electoral Commission that eventually found Vote Leave in breach of electoral law. We should expect a government to improve on the institutions that we have, not to diminish them.

While we may not yet have surrendered to fascism, we must be wary of any government that seeks to have complete control and limit the powers to challenge it or hold it to account. Because in some circumstances, it is the only way that members of the public can be protected.