e Westminster bubble is in rude health – unlike large parts of the country – and largely ignorant of what is needed on the ground. 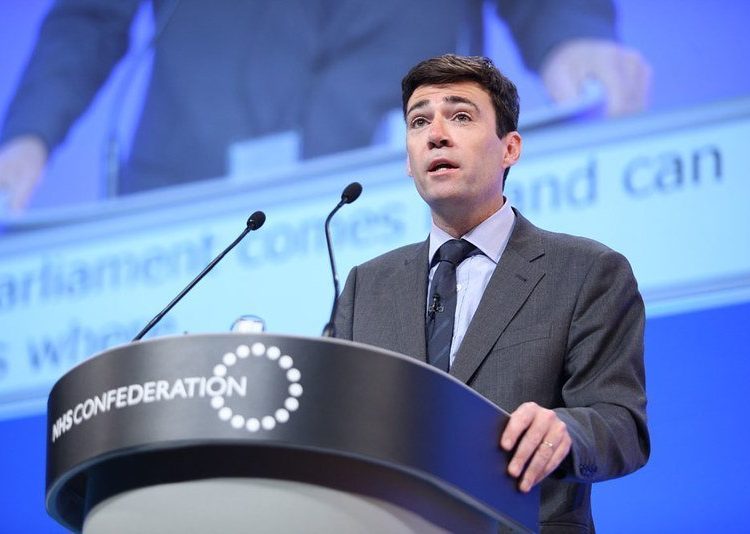 Andy Burnham by NHS Confederation is licensed under CC BY 2.0

Today it was announced that Chancellor Rishi Sunak is due to update the Job Support Scheme, which replaces furlough in November. This will give support to Tier 2 businesses that have seen demand collapse without being formally required to shut. But as Andy Burnham, mayor of Greater Manchester, told the Business, Energy and Industrial Strategy Select Committee this morning, the chancellor seems to be coming at this very late in the day.

Indeed, cynically one could come to the conclusion that as London now faces Tier 2, the chancellor has suddenly found a lot more cash. Or, as Burnham put it this morning, why now? “Why has it taken London to go into Tier 2 for Tier 2 support to become a national issue? It’s a troubling question that this committee needs to talk about”. Wouldn’t we have had a better response to this pandemic if we had just devolved budgets and support from the start?

It was clear from listening to the evidence this morning just how hard it has been for those dealing with this pandemic at the coalface. The session should also provide a wake-up call to all of us, as it shows just how fractured our country’s politics has become, and the extent to which we have a dysfunctional London-centric, top-down system.

Listening to the evidence from Andy Burnham and Steve Rotherham, mayor of Liverpool City Region, provided a snapshot of realpolitik. There was undeniable passion, and a degree of understandable anger. This anger is no doubt fuelled not just by the events of the last seven days, but by the fact that Sunak can suddenly find money to help Tier 2 businesses across the country, when he couldn’t even find an additional £5m to help Greater Manchester.

“Maybe this is a moment when England grows up … the culture is still that Westminster holds all the power and money and we have to plead for that money” Burnham told the Select Committee. “We have devolution in name, but not the reality. We have to now decide if we really want it, because you can’t level-up from Whitehall”.

But the sense of injustice now runs deep. “If you are going to lock down people – people’s lives and people’s jobs – you can’t do that on terms dictated 200 miles away”, said Burnham. “And to me that is the point of this week. It has to be on our terms here. I made a point of principle and made a stand”.

Steve Rotherham explained how much the pandemic has exposed the number of fault lines already in the system: “We entered the pandemic with around 70,000 people unable to work because of ill health and that’s only got worse”.

Jamie Driscoll, mayor of North of Tyne, was also giving evidence and picked up this point: “Covid on top of a not very prosperous region is hard. Our claimant count is up by 18,000”. Much has been made of the hospitality sector said Driscoll,  but he gave the example of his dentist, whose income had dropped by 45 percent, demonstrating that small and medium-sized businesses are taking a massive hit and are now running out of reserves.

This in turn will affect young people hoping to enter the workforce. “We are all going to have to accept that significant parts of the economy have changed forever” said Driscoll adding that tailored interventions would be the way forward and where you can make a difference.

But it was the newly crowned king of the north who made the most convincing case for a wrong done. The sense of injustice is clear. “Bolton had their pubs shut for three weeks and no one did anything about it”, said Burnham. “We have had three months of restrictions and therefore were very different to Liverpool, but that did not factor into the final decisions [on the financial package finally offered]”.

“That’s not how you manage a pandemic and there has to be a bit of a reckoning here”, roared the King of the North. “Westminster does politics before people. We put people before politics”.

He wears this crown well.