Northern Ireland was barely mentioned during the referendum, but since 2016 it has consistently proved the most insoluble problem. 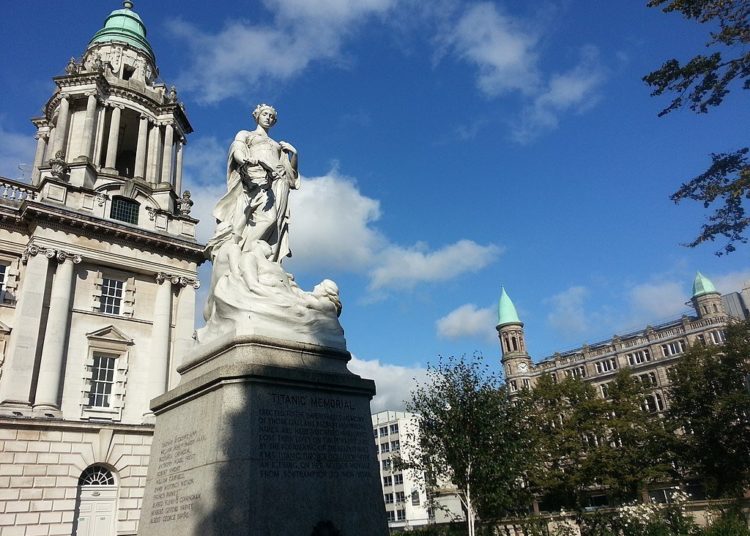 Northern Ireland was barely mentioned during the referendum, but since 2016 it has consistently proved the most insoluble problem. Theresa May’s plan to resolve it by keeping the whole United Kingdom in the customs union eventually proved her undoing. Johnson’s answer, to erect a border down the Irish Sea, could soon be his.

Northern Ireland may yet prove to be Brexit’s iceberg. The problems that are visible now are just a fraction of those lurking under the surface.

On 13 July, the government published its 206-page border operating model for future UK-EU trade, which at least began to shed a little light on the costly burdens and new complex processes for UK exporters from January next year. But businesses in Northern Ireland are “still in the dark” about what red tape they will be facing.

The reason for the delay is not hard to understand. Turning Johnson’s fantasy into reality is proving to be extremely difficult.

A stinging report from the Northern Ireland affairs committee, issued on 14 July, accused the government of “unclear and inconsistent communication” and a “lamentable lack of engagement with business”. The committee was told in April that even with a “magic wand” the province would not be ready to implement the NI protocol at the end of December.

It concluded with a devastating remark,

“We remain to be convinced that the Government fully understands that its political approach, apparently informed by limited understanding of how business works, provides neither the clarity nor the detail that Northern Ireland business requires.”

The committee, chaired by Simon Hoare, Conservative MP for North Dorset, says around 2,500 goods vehicles cross the Irish Sea each day, with more than 850,000 total roll-on/roll-off movements taking place in 2019. Their report, summarised in a web page asks: is unfettered access possible in a post-Brexit Northern Ireland?

In written evidence submitted in April, the Northern Ireland Business Brexit Group (NIBBG) claimed the NI protocol involves creating a tariff system with rebates, plus SPS, VAT, rules of origin and standards checks. They said it would be “a Herculean task to complete this work in eight months.”

Now there are just five months left and still the government has not published its detailed plans, which are apparently expected “soon”.

The NIBBG said the biggest retailers will need completely new computer systems and there are not enough customs officials. Also, “Applications for UK trusted trader accreditation typically take a year for approval. Such accreditation would be three months late for the start of the protocol even with a magic wand for the creation of IT systems”.

The committee “noted, with disappointment” that the government did not submit written evidence to their inquiry, despite having been invited to do so and it being the convention for select committee inquiries on government policy.

“The lack of Government written evidence was indicative of the paucity of information provided by the Government on this topic, which is a matter of direct concern to businesses.”

While welcoming the command paper on the UK’s approach to the Northern Ireland protocol published on 20 May, which “clarified some elements of the Government’s approach, but inevitably raised further questions”, the committee’s report warned that, “With less than six months to go, businesses are still in the dark about what they should be preparing for on 1 January 2021. The situation is now urgent, and the continued lack of detail risks Northern Ireland not being prepared for the new trading arrangements, an outcome which would have significant economic consequences.”

The NIBBG commented that “there is a need to move from ambitions to technical detail very quickly”. Its response paper poses more than 60 outstanding questions on how the protocol would work in practice.

Different views, in public comments by the government and the EU Commission, about the role of the Withdrawal Agreement Joint Committee (WAJC) in implementing the protocol were of great concern. Michael Gove has said that WAJC meetings are an opportunity to “develop the protocol.” But in contrast, the Commission has made clear its view that the protocol “cannot be renegotiated, including in the Joint Committee.”

The sixth round of negotiations ended last week with little progress being made and with Michel Barnier suggesting that by refusing “to commit to conditions of open and fair competition and to a balanced agreement on fisheries, the UK makes a trade agreement at this point unlikely”.

On the Irish border, he said the EU “remain concerned that the necessary measures will not be in place on 1 January” and he reminded the UK government that there was no grace period for the NI protocol. The EU have repeatedly made clear that the timely implementation of the Ireland/Northern Ireland protocol is a prerequisite for any deal.

The government is coming under increasing pressure to square the unsquarable circle.  It needs to comply with the EU customs code or risk a no-deal outcome on trade with the EU while providing “unfettered” access to the GB internal market. And to do so without turning the province into an economic wasteland, sparking civil unrest or a back-bench Tory revolt, with an expensive and unworkable system of checks and border processes for goods ‘exported’ from GB to NI.

The folly of the ‘oven-ready’ deal that Johnson agreed to last October will soon become overwhelmingly clear.