Devolution is not just an issue for three nations of the UK. It’s the hope of many parts of England to head in the same direction 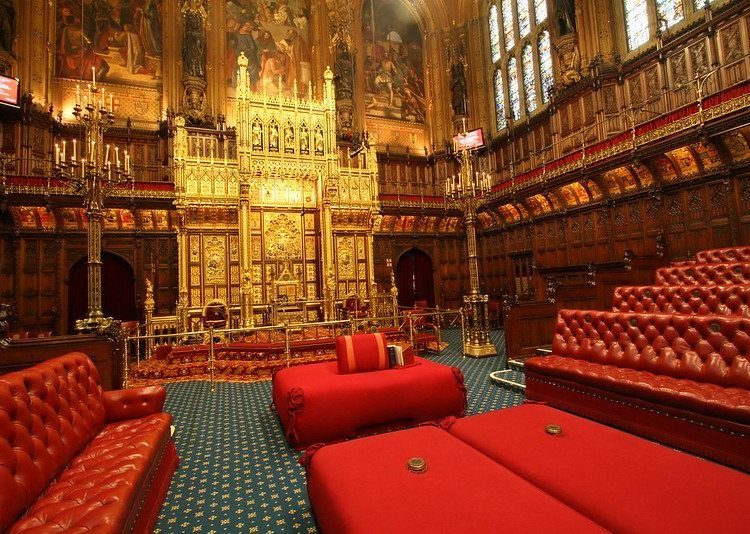 House of Lords Chamber by UK Parliament is licensed under CC BY-NC-ND 2.0

Today, speaking in the House of Lords second reading of the internal market bill, my fellow Green peer Jenny Jones will be focusing on the aspect of the bill that has attracted the most attention – the insy, teeny, tiny (as the government would have you believe), breaking of international law.

The rule of law – you would have thought the government believed in it. But as the former chief justice of England and Wales, Lord Judge, indicated in the “regret motion” that he moved at the start of the debate – you’d apparently have been wrong.

Had I been able to speak – and due to the huge pile up of legislation rushing through the House before the end of the Brexit transition period in little more than two months, I was forced to instead focus on the medicines and medical devices bill, seeking to plug gaping holes left by the current lack of environmental provisions – I would have highlighted the law-regressing elements of the internal market bill, particularly the way in which the creation of an ‘internal market’ is a destruction of the rights of devolution that have been embraced, and exercised, by the people of Scotland, Wales and Northern Ireland.

In her recent work on the judgment of history, historian Joan Wallace Scott reflected on how those who assume that history is progressing forwards, towards a future golden age, talk about building bridges to that new age, with the assumption that traffic is only one way.

That’s certainly been the expectation and desire, of the peoples of Scotland, Wales and Northern Ireland. They’ve been streaming across the bridge in the direction of control of their own communities and lives, through the mechanisms of democratic parliaments and assemblies, which (unlike either the Lords or the Commons) reflect reasonably accurately the views and wishes of the people, as well as being far closer to where people live.

Consequently, to an increasing degree they have taken different paths on social, environmental and many other issues. That, after all, was the point of devolution: to diverge.

And of course, particularly in the case of Scotland – with a separate legal and educational system – the nation has always retained a very distinct identity, something that this bill threatens. For example, teacher training in Scotland has higher minimum standards than that required in England, and as we get to the stage of tabling amendments I will be tabling one to protect the distinct, and more rigorous, requirements for teacher training there.

Devolution is not just an issue for three nations of the UK. It’s the hope of many parts of England, from Cornwall to Yorkshire, to head in the same direction, with assemblies or parliaments of their own to take back control from far-away, distant, couldn’t-care-less Westminster. This bill could severely hamper the freedoms they seek, as well as being an enormous flood, sweeping away the structures of devolution.

Greener UK points to a simple, very clear, example. I was recently commenting on the extremely limited, indeed derisory, “plastics ban” belatedly introduced in England – three items. Yet the Welsh government is proposing to introduce a ban on the sale of nine single-use plastic items.

Unfortunately, they could only ban the production of these in Wales, while sale of the items made elsewhere in the UK would be forcibly allowed by this legislation. The Welsh government has said, “a ban that could only apply to Welsh-produced plastics would undermine the policy and render it ineffective”. Yes.

I note also that the Centre on Constitutional Change reports: “The UK Bill includes a much more restricted set of public policy justifications for exemptions from the market access principles than is permitted under EU law”. This is ‘Singapore-upon-Thames’ – the let-rip, deregulate, pollute and exploit neoliberal principle enforced on all of the UK. You might almost think the government in Westminster is seeking to push up even further the support for independence in Scotland – and elsewhere.

This is “take back control”, but not as it was advertised to the people of Scotland, Wales and Northern Ireland in 2016 – noting of course that the majority of these nations preferred Brussels to Westminster then, but are having Brexit imposed on them by the English nation’s population.