The intelligence and security committee: a study of scrutiny and accountability

There is widespread concern that the prime minister is about to whip Conservative members of the important intelligence and security committee (ISC), in order to have Chris Grayling MP elected as chair. 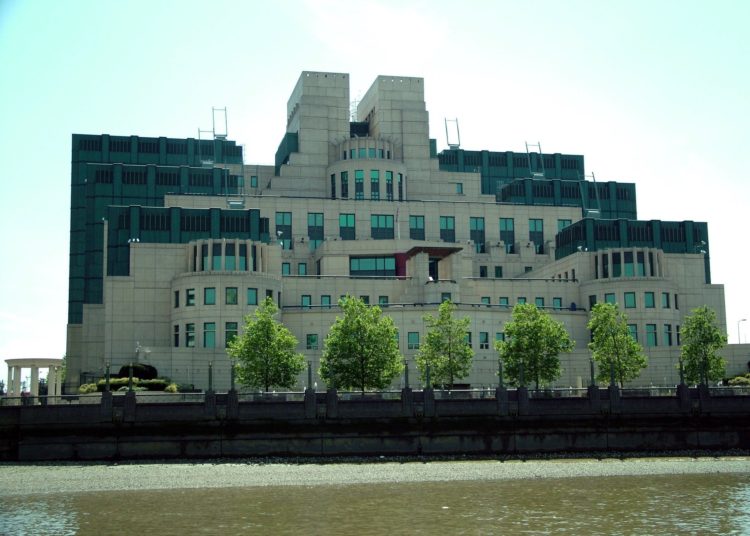 There is widespread concern that the prime minister is about to whip Conservative members of the important intelligence and security committee (ISC), in order to have Chris Grayling MP elected as chair. The ISC scrutinises the work of our intelligence community and oversees MI5, MI6 and GCHQ. It is also the committee that will make a decision on publishing the long-awaited report into Russian interference in our democratic processes.

To understand the concern over the imminent election of this important position, we must take a moment to reflect on the role of Dominic Cummings in our government. In an article on his website on 30 October 2015, Cummings reflected on the failure of our political elite to make accurate political predictions and solve social problems. He said:

“The processes for selecting, educating, and training those at the apex of politics are between inadequate and disastrous, and political institutions suffer problems that are very well known but are very hard to fix – there are entangled vicious circles that cause repeated predictable failure.

(a) The people at the apex of political power (elected and unelected) are far from the best people in the world in terms of goals, intelligence, ethics, or competence.

(b) Their education and training is such that almost nobody has the skills needed to cope with the complexity they face or even to understand the tools that might help them. Political ‘experts’ are usually hopeless at predictions and routinely repeat the same sorts of errors without being forced to learn. While our ancestor chiefs understood bows, horses, and agriculture, our contemporary chiefs (and those in the media responsible for scrutiny of decisions) generally do not understand their equivalents, and are often less experienced in managing complex organisations than their predecessors.

(c) Government institutions (national and international) within which they operate, and which select people for senior positions, tend to have reliably poor performance compared with what we know humans are capable of doing. Westminster and Whitehall train people to fail, predictably and repeatedly. The EU and UN do not have the effectiveness or legitimacy we need for international cooperation.”

On 9 July, Chris Grayling, the accident prone former cabinet minister, was announced as one of five Conservative MPs of the nine member committee. It is difficult to accept that Grayling is “one of the best people in the world” given his past record. Perhaps it is easier to explain this appointment in terms of getting someone into a key position whom Dominic Cummings can rely on to do exactly as he is told. The prospect of Grayling being elected to the chair of this important committee at such an important time in our relations with Russia, alongside the suspicion that Russian money may have been used to influence British politics, has left even Conservative MPs worried.

A cross-party group of thirty MPs has written to the prime minister saying it is an “affront to democracy” that the ISC has not be reconvened in over six months, the longest break since the key body was set up in 1994. One reason for the delay in convening the ISC during this parliament was a reported attempt by the prime minister to remove Theresa Villiers, the former environment secretary, after she defied the Tory whip and voted against the government in an amendment that banned the import of chlorinated chicken from the United States. This attempt to reduce parliamentary scrutiny does little to bolster confidence in the government’s willingness to be accountable for its policies and take responsibility for the long-term consequences of its actions.

Villiers is still on the reconvened ISC, which raises the prospect that the new committee will not blindly follow the line dictated from Downing Street. Previous chairs of the committee read like a list of the great and the good of past parliaments. These include Tom King, Margaret Beckett, Sir Malcolm Rifkind and Dominic Grieve QC. The one thing they have in common is their reputation for independence and willingness to vote accordingly.

In their seminal work on the ISC, Watching the Watchers: Parliament and the Intelligence Services, authors Bochel, Defty and Kirkpatrick point out that there is a view that the ISC should always be chaired by a member of the opposition, be experienced, and enjoy the trust of the members. There should be no question of the chairperson being elected after pressure from the sitting prime minister, or indeed his unelected special adviser. There should be no question of the members of any political party being whipped to vote for a particular candidate to chair a committee whose function is to scrutinise the work of the government and hold that government to account.

In October 2019 Prime Minister Johnson declared, “If Parliament was a school, Ofsted would shut it down”. In other words, shut parliament down. The ISC is part of the government’s Ofsted and it is not right that the prime minister of the day should attempt to mark his own homework by whipping members of the ISC to get the chairperson the prime minister wants. Parliament, in his eyes, was failing to do what he wanted it to do, which was to approve whatever the government wanted. Johnson has previous: rewarding MPs for their loyalty if they have not been appointed as ministers. This helps keep his large parliamentary party onside and helps him drive through his reforming agenda as outlined by Dominic Cummings on his blog.

The big question this now leaves for the Conservative Party is: will they let him get away with this or will they find their own voice? There is an impression that Johnson is manipulating parliament and is trying to put in place a parliamentary ecosystem that will shield him from scrutiny and accountability.

The big news for the prime minister and his chief adviser is that scrutiny by independent-minded MPs and the public is all part of the job. He needs to get over it and start paying attention to the detail. That is what the role of prime minister involves and that is what he has coveted all his life. Now he must step up to the mark.