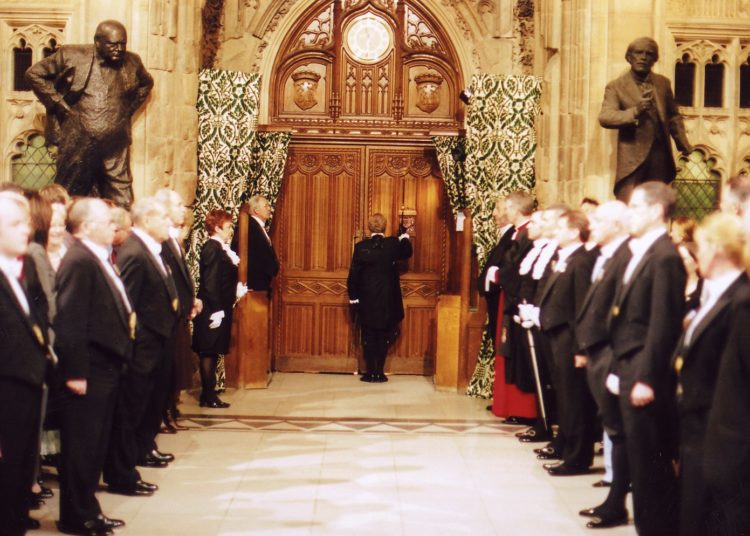 The UK is now facing a major constitutional crisis. The most immediate is the threat to the union, with rising disillusion in Scotland and Norther Ireland, and now also in Wales. But the prime minister’s casual dismissal of the conventions of constitutional behaviour, his talk of heading “the people’s government” – when in fact he only won 43.5 percent of the vote in 2019 – and the pushing back of parliamentary scrutiny, is worsening this crisis and taking us further away from constitutional democracy.

The Conservative manifesto made the following, very welcome, commitment 16 months ago:

“After Brexit we also need to look at the broader aspects of our constitution: the relationship between the Government, Parliament and the Courts; the functioning of the Royal Prerogative; the role of the House of Lords …

“In our first year we will set up a Constitution, Democracy & Rights Commission that will examine these issues in depth, and come up with proposals to restore trust in our institutions.”

But the government has clearly ditched any idea of encouraging a wider or open debate about modernising our constitution and rebuilding public trust. The Queen’s speech talked about renewing democracy and the constitution, but proposed to tilt the bias of our electoral system further in favour of the Conservatives, to revive prerogative powers and to curtail judicial review.

Elective dictatorship and the Conservatives

The government has promised to “restore the balance of power between the executive, legislature and the courts”. What’s not clear, yet, is what the government considers to be the proper constitutional balance between the Executive, the legislature and the courts. Billy Bragg’s new book on Three Dimensions of Freedom list these as ‘liberty, equality and accountability’.  It looks as if Boris Johnson’s government wants to tip the balance away from accountability towards executive domination.

Some 45 years ago, Lord Hailsham warned that the prime minister’s dominance over parliament, when there is a single-party majority, is not constitutional democracy but “elective dictatorship”. That was when a Labour government was in power. But the same is surely now true of this Conservative government?

Much of this government’s behaviour – breaking the ministerial code repeatedly, making increasingly partisan public appointments, undermining the neutrality of the Civil Service, attacking the BBC and the universities as institutionally left wing – makes sense only on the implicit assumption that the Conservatives will now be in power permanently. If the Conservatives were in opposition, they would be outraged by this assertion of executive dominance.

What do ministers understand by the term ‘democracy’? Are constitutional limits on executive power unnecessary checks on the ‘people’s will’, as interpreted by the prime minister, or are they an essential part of democracy? We know that young Boris wanted to become world king, but that does not justify giving him unaccountable power now.

The Times leader on May 11th voiced the almost unanimous expert view that, “the most effective response to regional inequalities lies in giving local politicians the power to set their own priorities”.

Yet ministers continue to hand out money to their favoured constituencies, while locally elected politicians are bypassed as brutally as local public health officers were in handling the pandemic. It’s clear that the current government does not consider local democracy to be an important part of constitutional democracy.

Jacob Rees-Mogg recently celebrated, “a Parliament which now wields the full power of its sovereignty … again”.

But another Vote Leave campaigner for parliamentary sovereignty, Lady Stuart, wrote in the House magazine some weeks ago that, “the attempts by parliament in 2019 to claim sovereignty for itself” were “remarkable” and that “the people” reasserted their sovereignty in the general election last year.

So which is it? Parliamentary sovereignty, or the sovereignty of the people as interpreted by the prime minister?

Johnson claims that he heads the “people’s government” against the disaffected metropolitan elite. This is no doubt based on his mandate of 43.5 percent of the vote. It is appropriate then that Nicola Sturgeon pointed out her even stronger mandate – having secured 48 percent of the vote in Scotland. Which is the more legitimate claim of ‘people’s leader’? Which populist nationalist trumps the other? Indeed, if the Scottish National Party lack a mandate, as many have claimed, then Johnson’s mandate is weaker still.

The public administration committee’s 2004 report, Taming the Prerogative: Strengthening Ministerial Accountability to Parliament, was critical of the then Labour government. At the time, Lord Hague and Lord Hurd gave evidence in favour of limiting executive powers, including giving parliament a much greater role in scrutinising public appointments.

Yet the dissolution and calling of parliament bill takes us in exactly the opposite direction. But of course, the Conservatives are back in power and intend to bend the rules further to remain so.

The electoral integrity bill is a threat to constitutional democracy

The Conservative manifesto promised to make sure “that every vote counts the same – a cornerstone of democracy”. The reality is that the Electoral Integrity Bill will do no such thing.

There are several million UK citizens missing from the register, predominantly young people – a far larger problem than voter fraud. Most votes in most seats are wasted uder the least representative voting system in the democratic world. But the focus here is on discouraging people from voting, following American Republican tactics on voter suppression.  The title of this Bill, ‘Election Integrity’, is the phrase that Republicans use as a euphemism for voter suppression.

The US Republican Party seems to have colonised much of the British right. Another of the bills this government is introducing is the Freedom of Speech Bill aimed at universities, which closely follows recommendations from Policy Exchange, a UK, right-wing think tank. But these Policy Exchange publications rely heavily on examples of behaviour that come from the United States, not the United Kingdom. They include examples of university behaviour in the US, but no other countries, and references to extreme right-wing US sources.

The necessity of maintaining and strengthening constitutional democracy

President Biden, in his first address to Congress two weeks ago, warned:

“The question of whether our democracy will long endure is both ancient and urgent […] If we are to truly restore the soul of America—we need to protect the sacred right to vote.”

Democracies can decay or slide towards authoritarian rule. Viktor Orbán was one of the brightest hopes of post-communist democrats in Hungary in the 1990s.  But when he became prime minister he realised that the best way to stay in power was to reward his friends with public contracts, attack foreigners, immigrants and the EU, capture the public broadcaster and independent media, and bend the rules on political competition.

Can this happen in the UK?

In America, the Republican Party has now abandoned constitutional democracy for Trump’s populist paranoia– a once- proud party, taken over by an egotistical narcissist. Yet in Britain too many Conservatives still follow the lead of the American right, and defend uncritically whatever Boris Johnson does.

Constitutional democracy is a delicate construction. It requires careful checks and balances to limit executive power. It requires honest men and women in politics, particularly in the governing party, to insist that standards are upheld, and rules not broken.

The Queen’s speech failed to address these broader aspects of our constitution. We need a commission on the constitution if we are to hold the UK together, to strengthen our democratic institutions and to regain the trust of our disillusioned electorate.