People who have done all things that Conservatives traditionally value, have been put in an impossible position by a series of government decisions. Most of these people have worked hard, saved their money and after years of struggle finally got to the point in life where they can afford to buy a small place at the bottom of the property market. Only to find that their bills for insurance and for repairs have gone through the roof and the value of their home has collapsed. 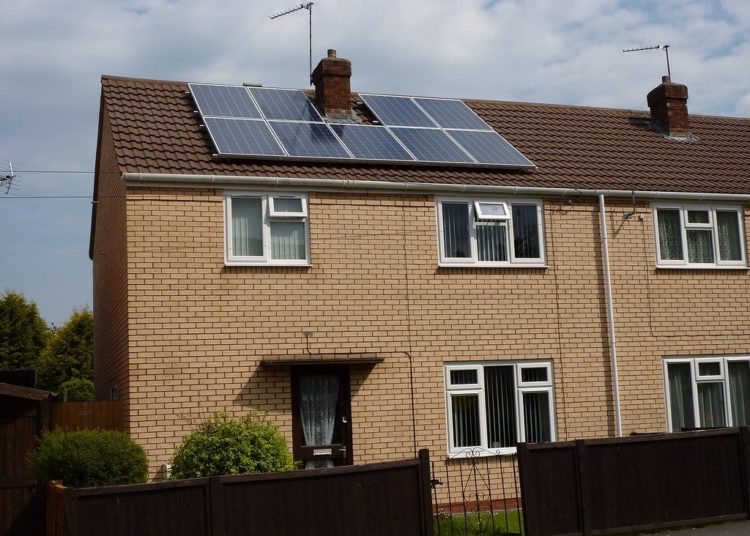 There are few better feelings in life than moving into the home that you own yourself for the first time. Finally scraping together enough cash after years of renting insecure premises of dubious quality is a big step. Most people nervously calculate every last penny and strike a sensible balance between where they would like to live and what they can reasonably afford.

They don’t expect to be driven to bankruptcy by political choices made by government ministers under heavy pressure from party donors. Yet that is what has happened to large numbers of homeowners in Yorkshire and across the country.

The sequence of events was brutal. It began with building developers wanting to squeeze out a little more profit. They lobbied government ministers hard and long to ‘simplify’ and ‘free up’ building regulations from ‘pesky’ red tape. That drive to deregulate industry and commerce met with a receptive ear. Just as the moves to deregulate finance businesses did. It fitted perfectly with the ideology of extreme enthusiasm for the free market that has been one of the prime political enthusiasms of the Conservative Party in recent decades.

According to the government’s own publication “these changes were introduced to:

What flexibility and innovation actually meant was weakening regulations, and that had consequences. Checks and controls over what construction materials were used on buildings have been progressively eased. The same thing happened to the systems for insisting that the panels fitted to buildings were of a high standard. At Grenfell Tower, that had a simple and deadly outcome. The cladding fitted to that building and to many others was capable of catching fire with catastrophic consequences.

The risks should have been obvious and should have been prevented. But fire brigades and other authorities who spotted the problems in advance were left with no powers to insist on what standards should be maintained. Instead, building developers were allowed to hire the inspectors who checked their own work.

Some of those who lived in Grenfell Tower were amongst those who asked hard questions about safety before the fire and were ignored. Other residents only discovered quite how dangerous their homes were when the flames ran quickly up the outside of the building and left them with the horrible choice of deciding whether to risk death trying to get down smoke-filled stairs, or to ignore the standard safety advice in well-constructed high rise buildings and get themselves out. Some 72 people are known to have died in horrific circumstances.

Only then did people in authority begin to realise the full extent of the problems that an ideologically driven choice had created. Grenfell Tower wasn’t a one off. Up and down the country, high-rise properties had been constructed using materials that simply weren’t safe. Either they had been ‘modernised’ with newly fitted cladding that would burn easily, or they had been constructed from scratch using shoddy materials that cut corners to save money. There had been a massive and entirely predictable failure of the building regulation system. Just as in 2008, when there was a massive and predictable failure of the financial regulation system.

In such circumstances, any reasonable person might expect the government that made the dreadful decisions that caused so much harm to take responsibility quickly for the outcomes. Instead it has taken them a very long time to get round to providing some help. Modern conservatism believes in individualising risk. It has a visceral dislike of socialising it.

Significant numbers of Yorkshire homeowners have worried themselves sick for months about being driven to bankruptcy through no fault of their own. Anyone who bought a home in a high rise that has dangerous cladding was left with a perfect storm of problems. That cladding needs replacing, at great cost. Whilst it remains in place it represents a high risk, so insurance is hard to obtain on such flats, and also comes at great cost.

Anyone unable to meet these bills who needs to sell can’t easily do so. Because few mortgage companies are going to be daft enough to lend money to a new purchaser to buy a property that is a fire risk. And, of course, prospective purchasers aren’t willing to pay a lot of money to buy somewhere that at worst might prove to be death trap and at best would be hard to sell on.

People who have done all things that Conservatives traditionally value, have been put in an impossible position by bad decisions by a sequence of Conservative governments. Most of these people have worked hard, saved their money and after years of struggle finally got to the point in life where they can afford to buy a small place at the bottom of the property market. Only to find that their bills for insurance and for repairs have gone through the roof and the value of their home has collapsed.

The government has now announced that another £3.5bn will be made available to help to ease the enormous costs and risks these homeowners now bear. But, of course, it isn’t the Conservative politicians who made these appalling mistakes who will pay. Everyone else in the country will.

Unless, of course, this government has the courage to put the cost of deregulating the building industry on to the large building companies who lobbied so heavily to weaken building regulations in the first place. At long last they have started to talk about imposing a levy on the construction industry to pay for the problems. Yet this creates the risk of punishing all in that industry for the reckless behaviour of many. It will be interesting to see whether talk turns into hard reality when the lawyers and the lobbyists get stuck into that problem.

Because many of those companies have very powerful lobbyists with very close links to the Conservative Party. Instead of facing up to their share of responsibility, many of those companies and many of the individuals who played the most damaging roles in the Grenfell Tower enquiry have bluntly stated that they will give no evidence to it unless they are guaranteed to avoid prosecution. Apparently, there was a serious risk that they might incriminate themselves if they gave evidence. Astonishingly that was considered grounds to relieve them of risk of prosecution not grounds to force them to give honest evidence under severe legal questioning.

It must be horrible to live in a high rise flat that you cannot sell, worrying sick about your future whilst those who caused your problems are free from the risk of prosecution. It must be even more horrible to lose a relative in an avoidable fire only to discover that the guilty people have been granted immunity and the political party that made the decisions which paved the way for the disaster is still sitting smugly in government. These people deserve better. than the shoddy treatment they have received up until now. It remains to be seen who will actually pay the cost for any help they finally receive.